"The San Diego Padres are deeply saddened by the news today of the passing of Jerry Coleman. We send our heartfelt sympathy to the entire Coleman family, including his wife, Maggie, his children and grandchildren. On behalf of Padres' fans everywhere, we mourn the loss of a Marine who was truly an American hero as well as a great man, a great friend and a great Padre.

"The Padres announce that the Jerry Coleman statue will remain open until 11:30 p.m. tonight for fans who would like to pay their respects. Fans may enter through the East Village Gate at Petco Park," the release stated.
Originally, I was going to do a Veterans Day segment on Jerry Coleman, a Marine Corps pilot who took timeout from his MLB career with the New York Yankees, to serve in both World War II and the Korean War. For whatever reason, I didn't get around to it. Suffice it to say, Coleman was indeed a true American hero, flying 120 combat missions enroute to receiving two Distinguished Flying Crosses.
In his nine seasons, Coleman hit .263 with 16 home runs, with 22 stolen bases for the Yankees. He was also named as the American League Rookie of the Year (1949).
In 1972 he assumed duties as the radio announcer for San Diego Padres broadcasts. He stepped down from the broadcast booth in 1980 to manage the Padres to a  73-89 record, before returning to the mic.
Here's a picture of Jerry from the 1984 Smokey the Bear San Diego Padres set. 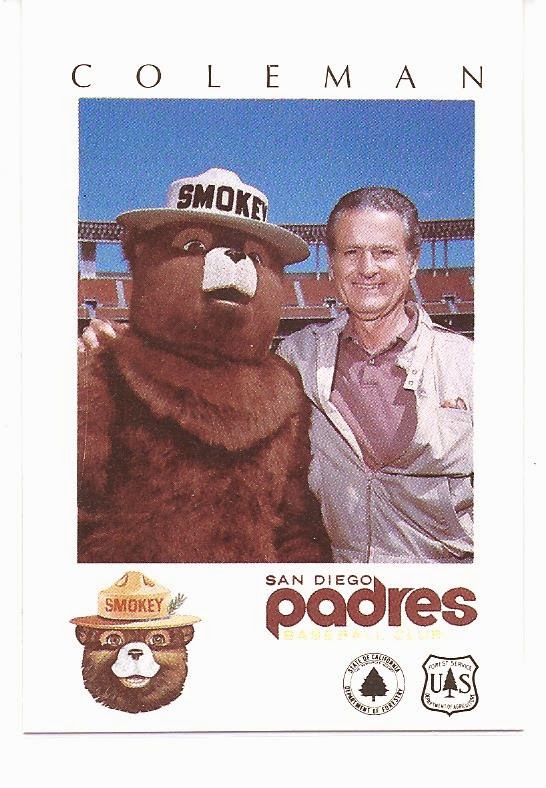 A National Radio Hall of Fame recipient (2007),  the Padres recognized Coleman on Sept. 15, 2012 as they dedicated a seven-and-a-half foot statue to him at Petco Park. 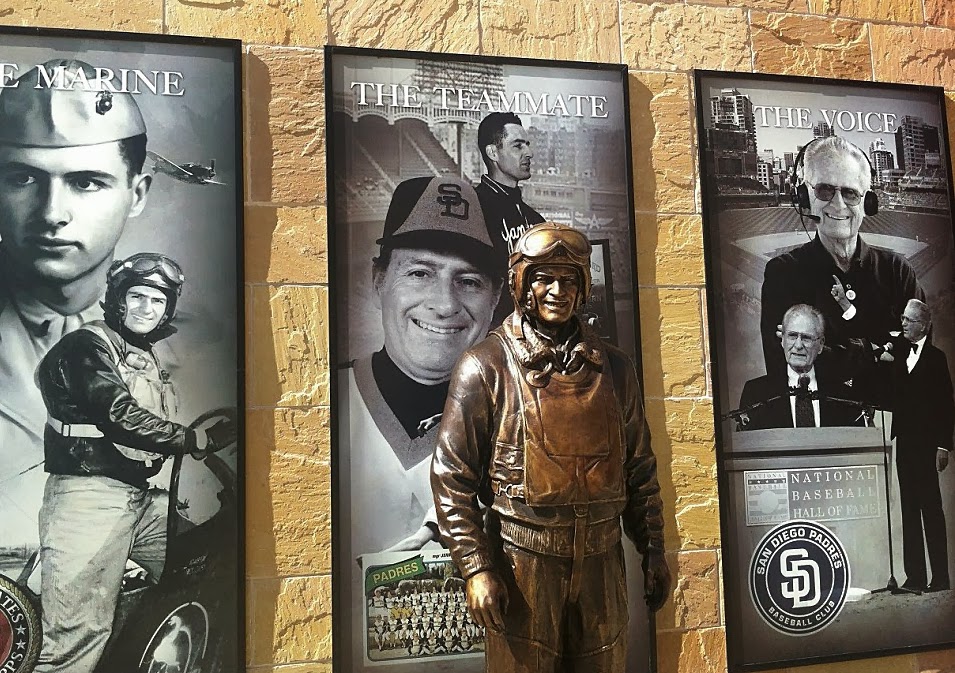