In case you haven't noticed yet, I'm particularly fond of those hard-to-find, little-known, esoteric San Diego Padres card sets. Recently on COMC, I came across another unique set that fits the bill - the 1999 Padres MADD (Mothers Against Drunk Driving) set.
There is a catch, however, to collecting this particular 23-card set (besides finding them). 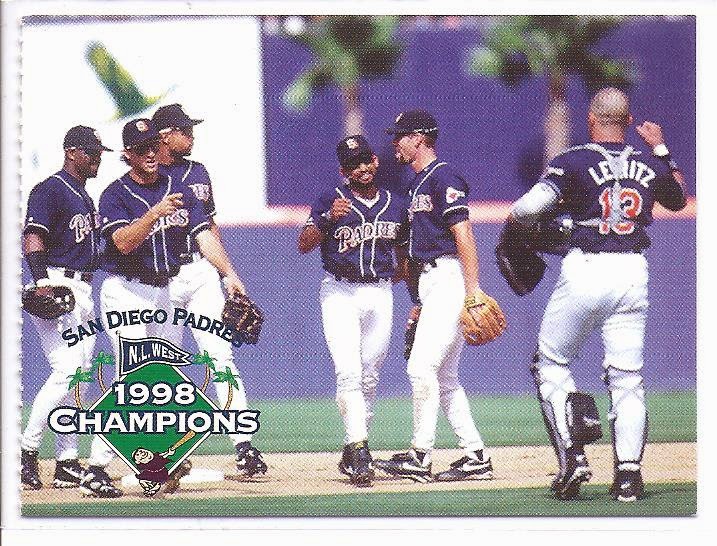 As you can easily tell, these cards, which came on the heels of the Padres' 1998 Divisional and League Championship (and World Series appearance against the Yankees), were distributed  by MADD. Whether they were passed out at Jack Murphy Stadium, distributed elsewhere, or could be picked up at any time, is hard to tell. 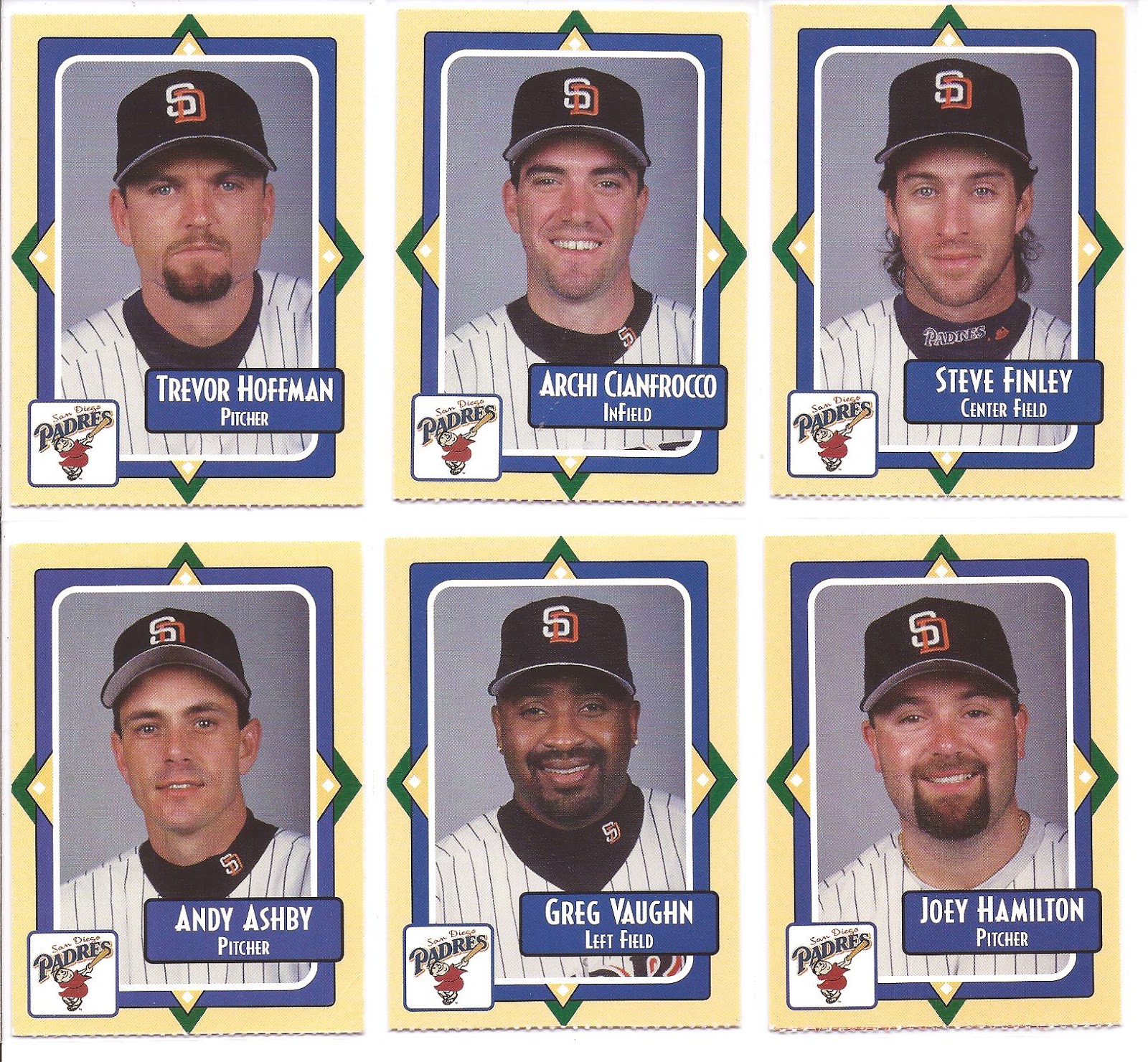 Overall, the cards themselves aren't too bad looking. The head-and-shoulder player shots are framed within a blue and yellow border. The name plate is printed in blue/white, and the Swinging Friar logo completes the front of the cards. Some cards featured a different Padres logo. 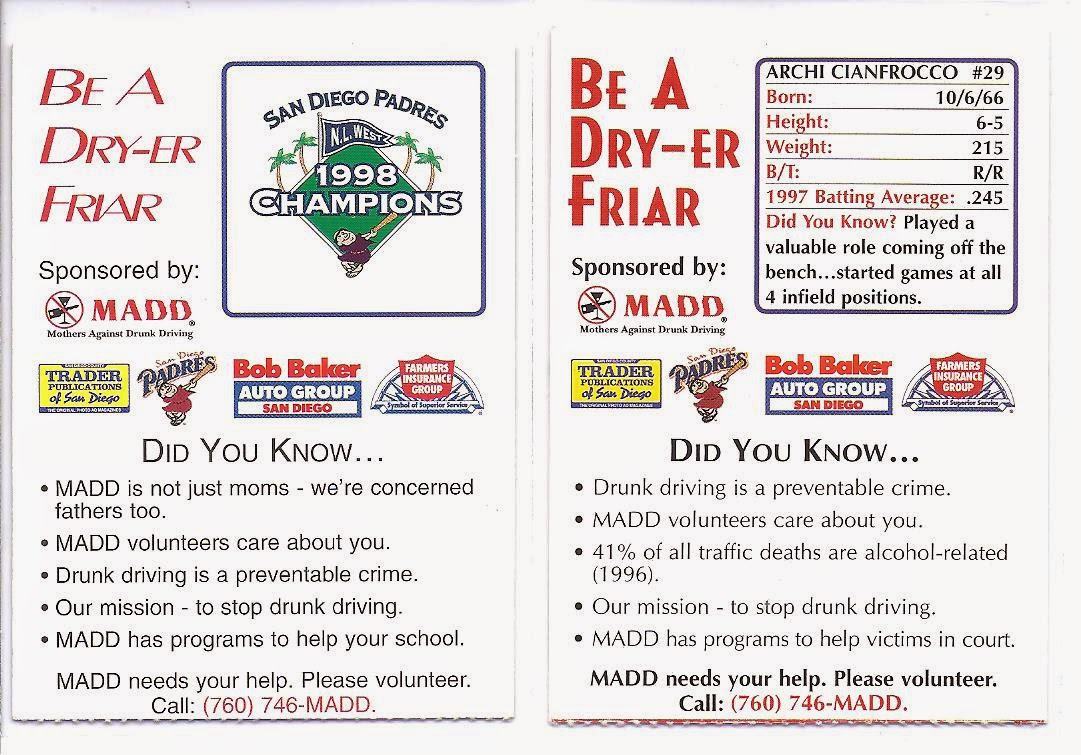 The card backs are pretty interesting.  Besides a box with each players' uniform number and basic personal information, is the motto, "Be a Dryer-Friar," as well as "Did you know" facts from MADD to help you battle drunk driving. Besides the MADD logo, there are four other sponsor logos, to include Trader Publications of San Diego, the San Diego Padres, Bob Baker Auto Group and the Farmer's Insurance Group. There are no individual card numbers.
OK, now here comes the catch in collecting this set - These cards are pretty hard to find in mint condition. If you notice the bottoms are perforated, that's because they contained a tear-off, good for a pop or iced tea at Jack Murphy as part of MADD's Dry-er Friar Designated Driver Program. And it's rather obvious that more than a few people took advantage of this MADD coupon.

I had to go online to find a complete card and what better card to represent perfection than that of Tony Gwynn. 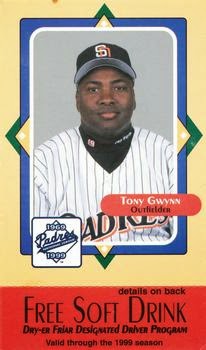 Here's the complete listing for 23 cards in the set. You'll note that Ruben Rivera and Quilvio Veras actually had two cards in this set, one in English, one in Spanish.