Since it's been awhile since I've been posting again, I figured now would be a good time to showcase my purchases from the September Urbandale American Legion card show. I wasn't able to attend the October show due to drill weekend, but I did attend the November show, which I'll detail some of those goodies later.

The December show, held on Sunday, Dec. 18, was a whole different story. With blowing snow and temperatures in the sub-zero range (including a -31 degree windchill at 8 a.m. that morning), I figured a) the vendors may be a little thin that day, (especially those coming from longer distances) and b) it was too damn cold to go anywhere. We threw a few logs on the fireplace and stayed home all day.

You just have to love Iowa sometimes. Especially when you have friends who still live in San Diego call you up, reminding you about how gorgeous the weather is out there. 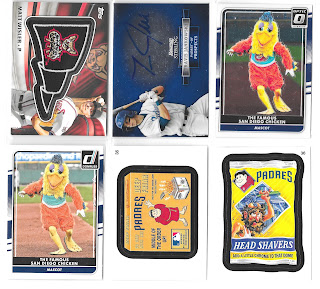 I'm not a huge fan of manufactured patches, but how can you not like El Paso's Chihuahua with an attitude. When it comes to the San Diego Chicken, we talk to him every time he's in Des Moines at an Iowa Cubs game and I have almost every Chicken card made (now that sounds like a good idea for a blog column). However, Donruss has released a large amount of serial numbered, memorabilia and certified autograph cards of the Chicken this baseball season. These two cards should at least help get me started on getting back in the Chicken groove again. 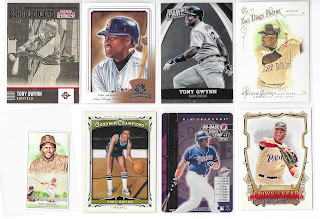 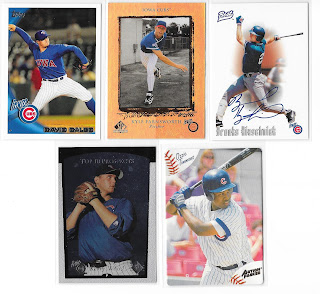 I used to actually play in an MLB Showdown league at a local card shop. One season, we each bought a booster box and three packs. They were all opened and then we drafted the players like a normal team. My first pick was a foil Randy Johnson, who was the ace of my staff that year. I think I actually finished fourth out of nine teams that season. This was one of, if not the best, strategy cards in the game. I still have most of my cards in the hope that I can someday find someone to play again.

For that matter, I still have a bunch of MLB Sportsclix figures from Wizards of the Coasts. We used to play in a league at another neighboring card store here in Des Moines and I was actually a referee for Wizards of the Coast for this game. That's another game I'd still love to play again.

And of course, I had to pick up a few hockey cards. I found these 2015-16 Upper Deck UD Portraits of Dylan Larkin (P95), Artemi Panarin (P110), Jack Eichel (P61), and Connor McDavid (P100) for a buck apiece. While these may not be their rookie cards, they are affordable cardboard for the quality of players.