Even though I'm not actually a basketball fan, I'll watch the college game on occasion. And like most Americans, I'll usually fill out a bracket or two for the NCAA tournament. This year I entered  two - one with the Old Chicago restaurant chain, the other with San Diego's City Beat magazine.
Despite not following the college game, I didn't do too bad on my picks. In the City Beat challenge, I finished 48th (44,539 of 173,661 nationally) and in the Old Chicago contest, I finished 16th at our Des Moines location (1,902 nationally), and yes, I picked Wisconsin and Duke in the finals, but with the Badgers coming out on top.
I received a coupon for a free Chicago 7 Calzone for doing so well on my picks (after winning nachos and pepperoni rolls earlier), so after my wife and I went to OC for supper, we swung by the Target store at the mall.
Despite the fact that members of the San Diego Padres have been far and few in recent card releases,  I'm hoping fall's update sets will be chock full of the newer Padres players picked up by Preller.
So for whatever reason,  I decided to pick up a 30-pack of Donruss for grins and giggles. 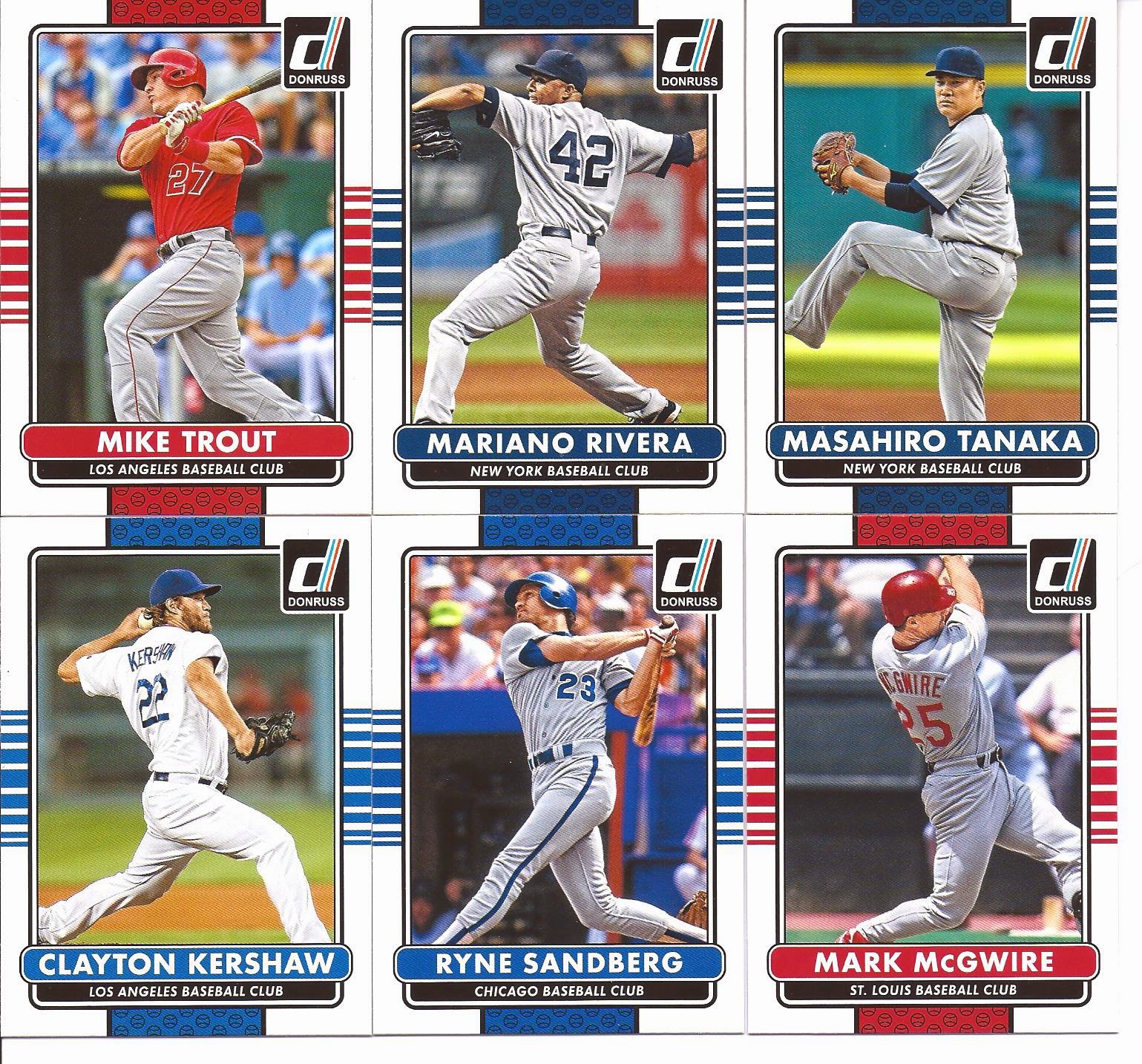 As for the cards themselves, they seem to be okay, but certainly nothing to write home about. However, it appears there's several SP variations for more than a few of these cards out there. For example, the Mike Trout card alone has a total of four variations. While this particular card is the regular one, there's a reverse negative SP, an SP of Trout fielding, and an SP of Trout as league MVP. 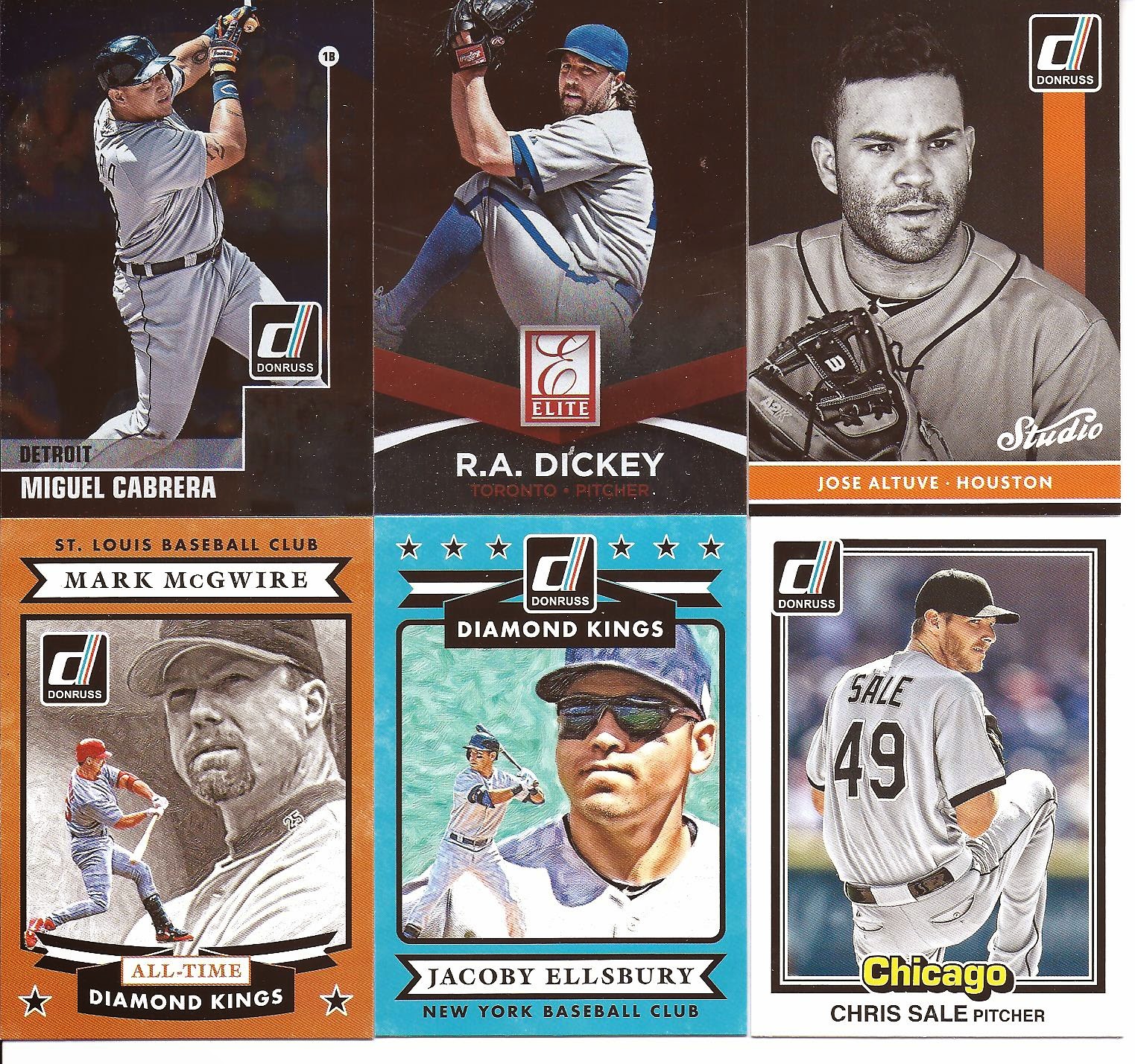 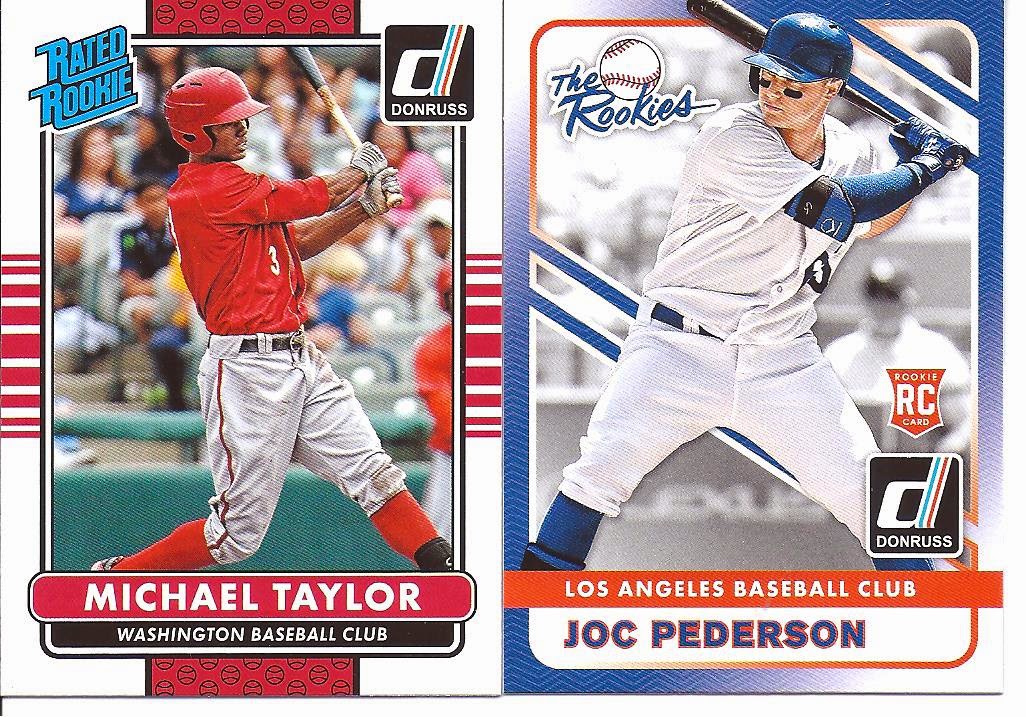 I did get a rookie card of the Washington Nationals' Michael Taylor and a pseudo-rookie card of Donruss The Rookies Joc Pederson. 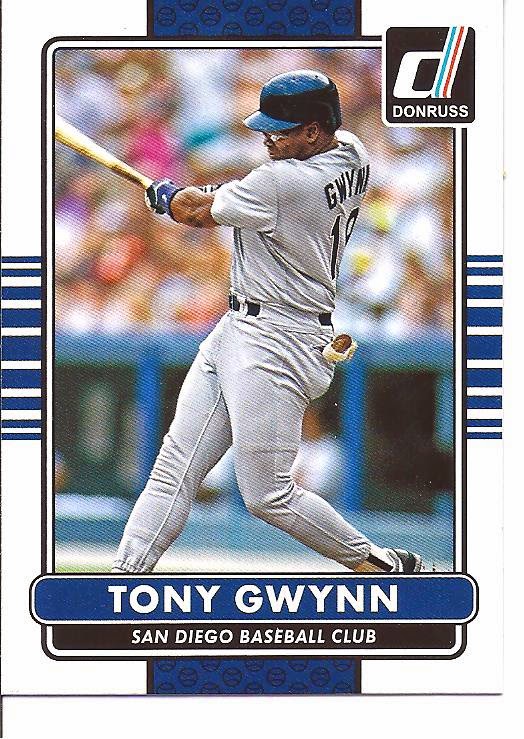 The card I was the most happiest with though, especially since it was my lone Padres card, was the one that made this pack all the more worthwhile - a Donruss cardboard of Mr. Padre himself, just like on the front of the pack.

We were out again last night and I actually picked up another pack of Donruss. Stay tuned for 2015 Donruss Round 2.