Recently, Chris over at Crackin Wax held a 2014 Gypsy Queen Charity Case Break. Initial buy-in for the break was $20 per team, with $5 of the purchase going to charity. Since it took Topps forever to release its checklist, Chris wasn't able to figure out what the final buy-in price was until the final week. At least for my San Diego Padres cards, the buy-in remained at the initial $20.
Each case of 2014 Gypsy Queen contains 10 hobby boxes. Each hobby box has 24 packs with approximately 10 cards per pack, one 10-card mini box, two autograph cards, and two relic cards. That’s an approximate total of 2,500 cards—100 of which are minis and 40 of which are hits!
Over the course of three hours (all documented on video), Chris pulled 46 hits, plus two reverse photo short prints. The big winners were the Blue Jays and Tampa Bay, with five "hits" each. The A's, Astros, Cubs, Indians, Nationals, Pirates, Rangers and Twins all went "hitless."
From the proceeds, $150 went to the Boys and Girls Clubs of America. 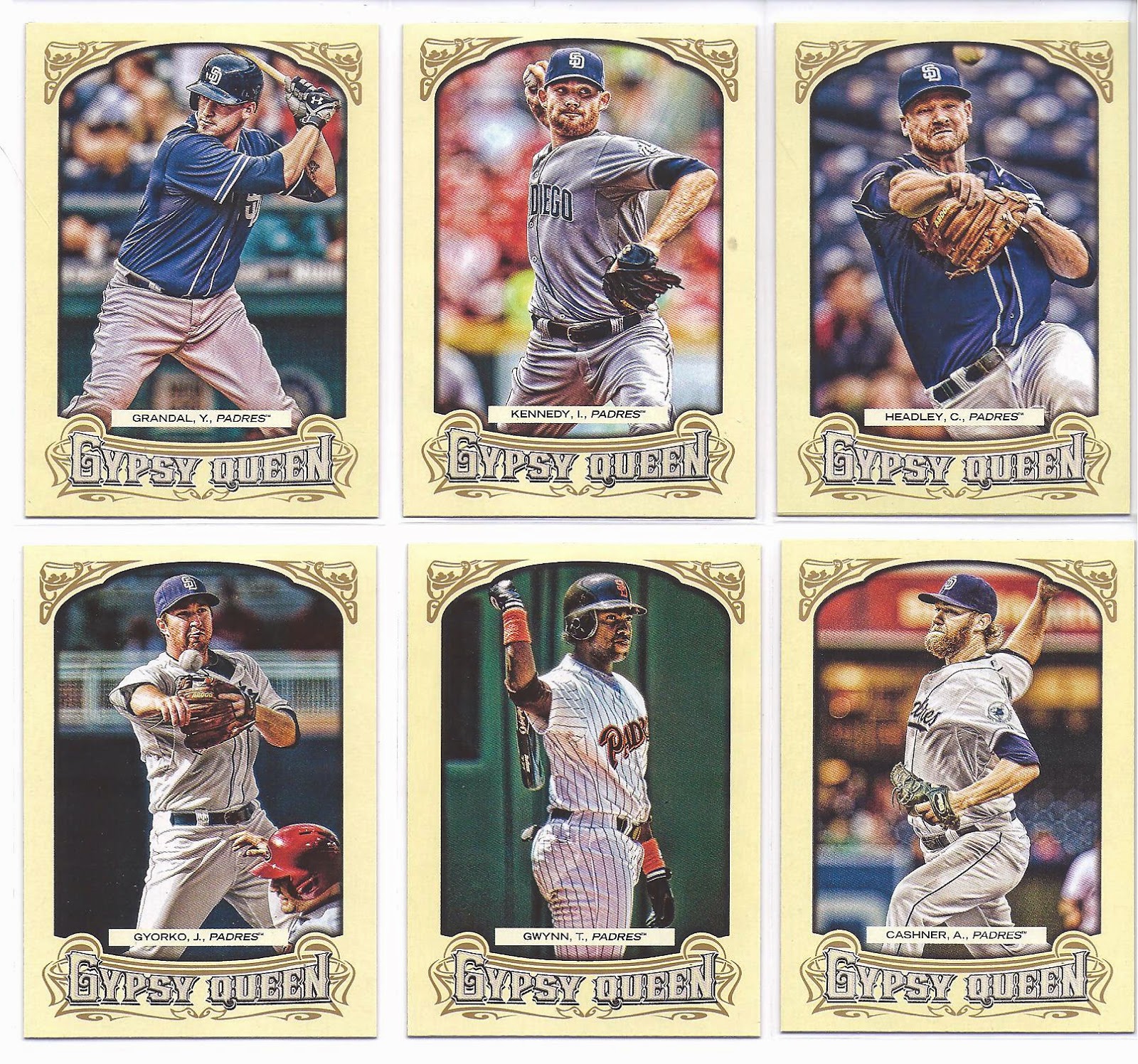 I received multiple copies of all the regular base cards of the San Diego Padres, including Yasmandi Grandal (6), Ian Kennedy (6), Chase Headley (5), Jedd Gyorko (5), Tony Gwynn (6) and Andrew Cashner (7). The Tony Gwynn card is also supposed to have one of those SP,  reverse negative photos. 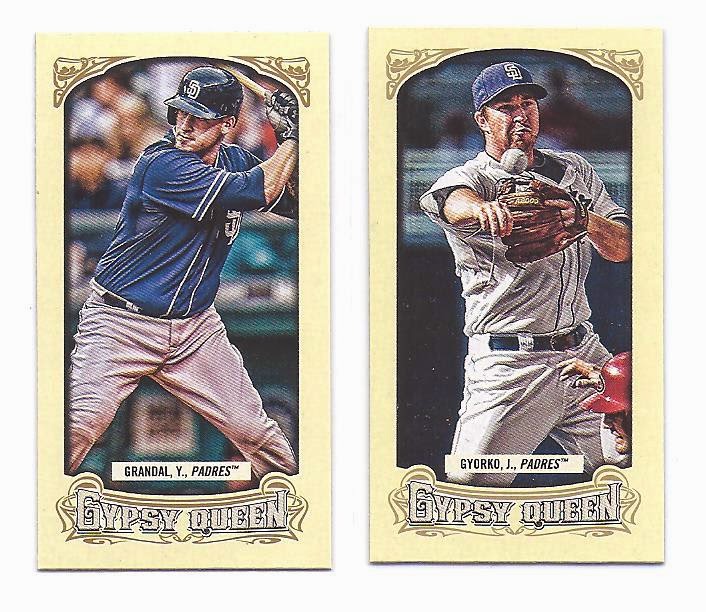 I also received three minis - Yasmani Grandal (2) and Jedd Gyorko. I was very happy to see the Padres ink Gyorko to a long-term contract. I would efinitely love to see him in Padres colors for a long, long time. 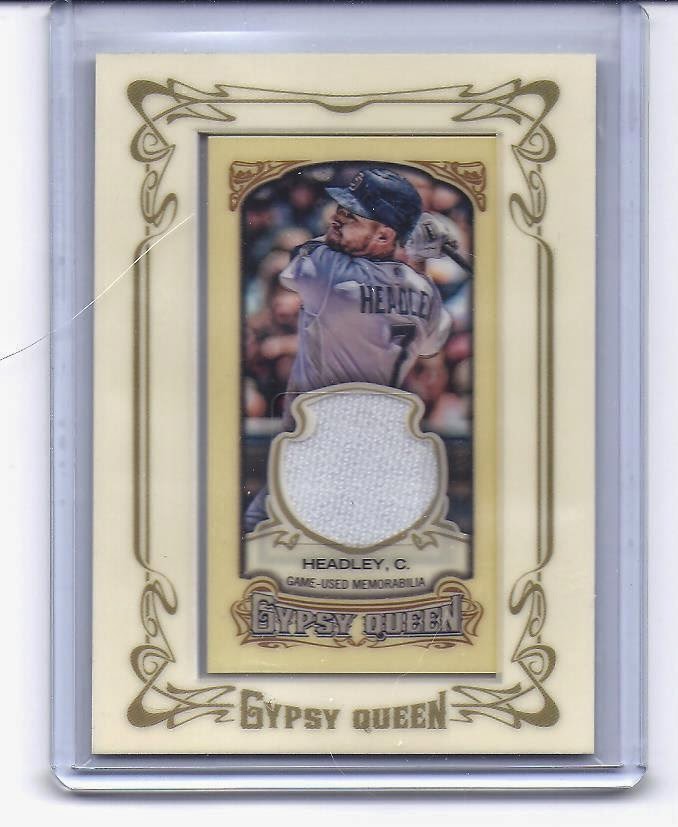 I did receive one hit in the break - a Chase Headley Certified Relic card, complete with a white jersey piece.

He also threw in these three 2014 Topps Heritage Padres cards as well - Kyle Blanks, Will Venable and Chase Headley.

All in all, I don't feel I did too bad in the case break. The money went to a very good charity, I got a load of new, fresh-smelling Padres cards (including a nice Headley jersey card) and enough to share with my other Friar friends (yes, look for a PWE to come in the mail - I'll draw lots to see who gets the extra Grandal mini).