Recently, I discovered the joys of COMC for the first time. As they were preparing to transition to their new catalog, they were looking for assistance in inventorying the cards they had in their system. Over a four-day period, for every 1,000 points earned through their challenges, they offered $1 in COMC cash.

By the time the smoke had cleared (and my keyboard had stopped smoldering), I had earned $26 in COMC cash for 26,000+ points. Never having spent much time on COMC, I decided to do some searching and found some interesting cards.

I ended up getting a couple of San Diego Padres cards and a couple of Chicago Blackhawks hockey cards, including a 1952-53 Gus Mortson card and still had change left over.

The two Padres cards I picked up were a 2013 Topps Triple Threads Unity Relics Emerald Alonso S/N 8/18 ($4.99) and a 1988 Kenner Starting Lineup Unissued Goose Gossage (55 cents). The Alonso card has a nice piece of bat embedded, it's emerald, and it's always cool to have a piece numbered to only 18. 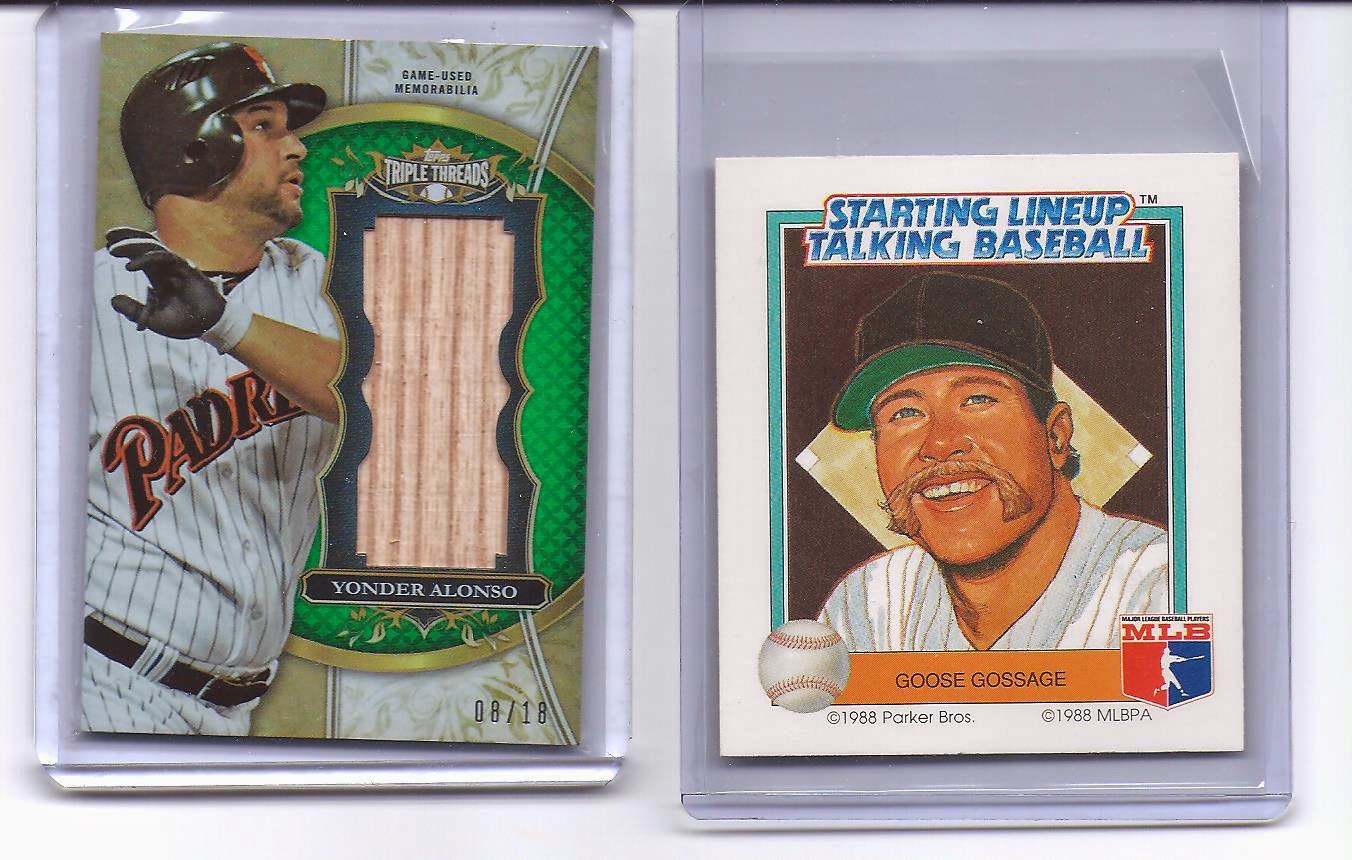 My other pick-up for the week is this Tony Gwynn card I found on E-Bay. 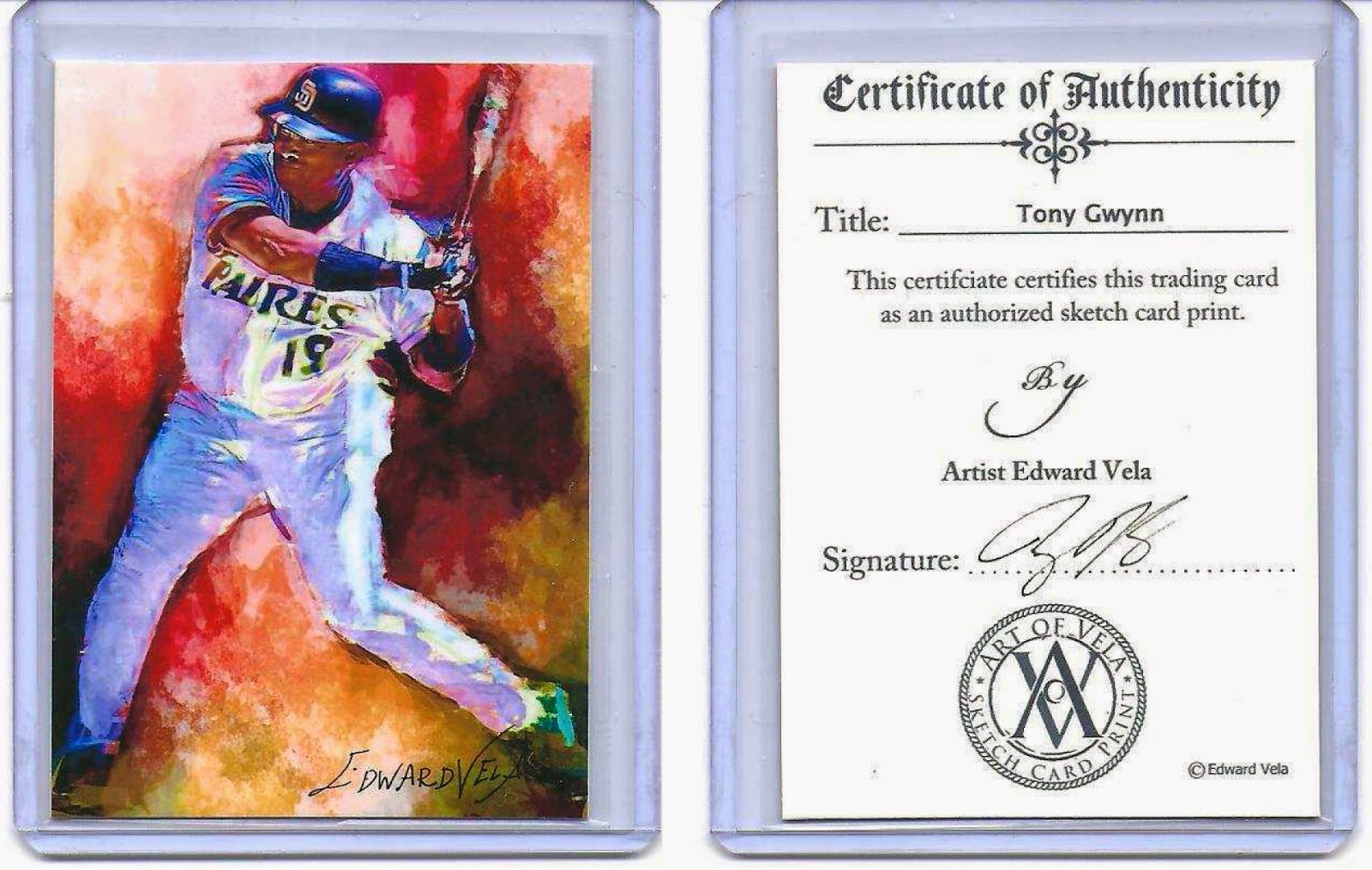 It's an Edward Vela sketch card of Tony Gwynn. Edward Vela is an artist primarily known for creating unique, hand painted, pieces of art. It's supposed to be a Giclée print, which is supposed to be fine art digital prints made on inkjet printers. There's been about three or four of these listed on E-Bay recently from the artist's website, so I was happy to get one.

All in all, a rather nice week of cards.
Posted by Comatoad at 1:37 PM