Yesterday, I had posted about the uber-box I received from Rod, over at Padrographs: From Abner to Zimmer. It's been one of the sweetest packages I've received from a fellow blogger to date.

How sweet was it, you ask?

Sweet enough to carry it over a couple of posts. I want to show you a few of the other goodies included in this primo package from the Northwest. 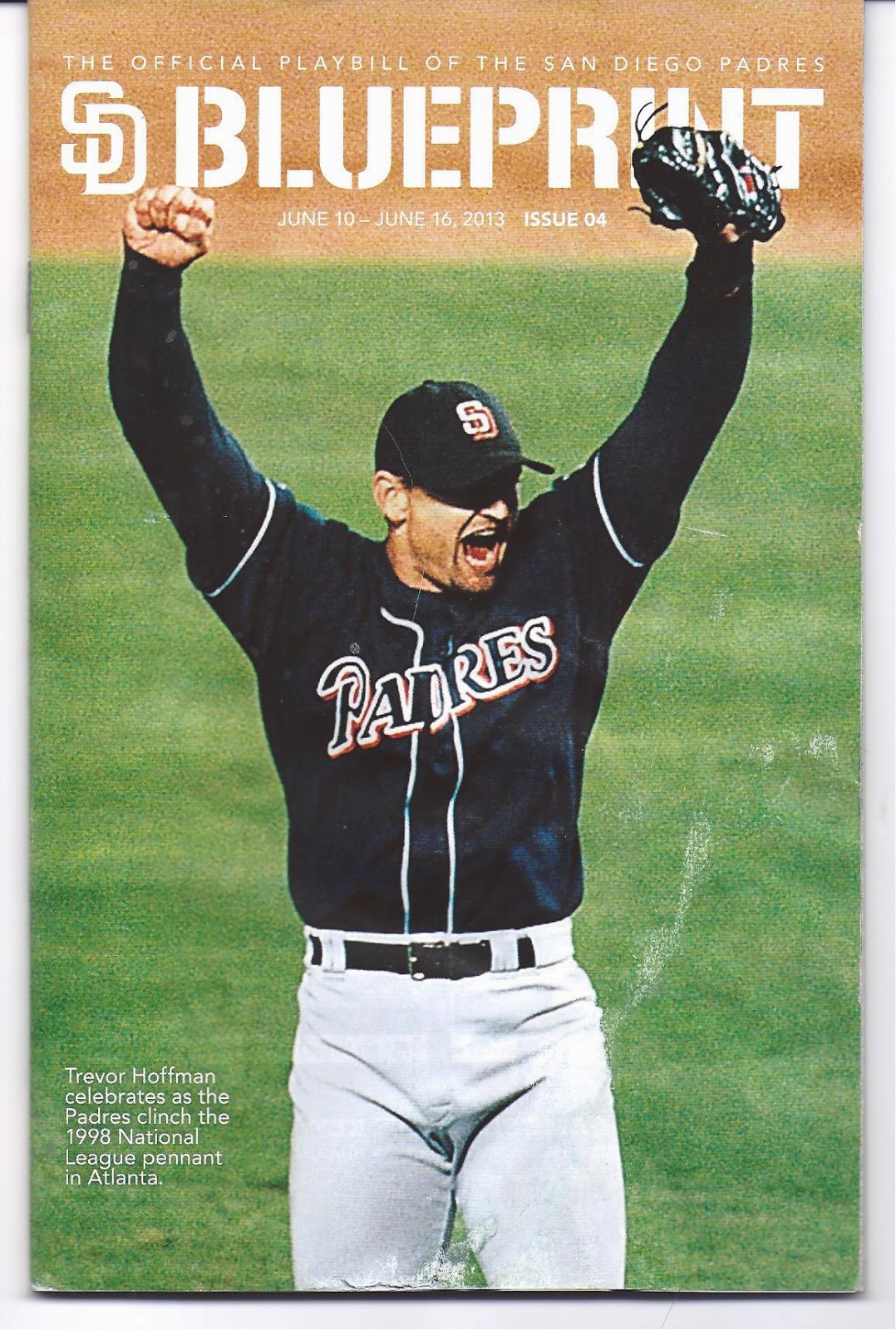 Since I collect everything and anything Padres, Rod also included a Padres Blueprint, dated June 10 - 16, 2013. Love me some good Padres reading! He also included a pretty blue 27" x 37" Padres Petco Park flag (the logo is pictured below). 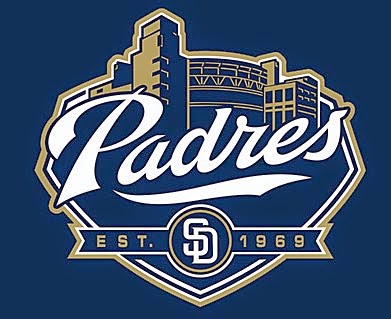 He also included a pretty, blue 27" x 37" Padres Petco Park flag (the logo is pictured above). If you ever get a chance to check out Petco Park, the downtown home of the San Diego Padres, I highly y recommend it, as it's one of the nicest parks you'll ever see. 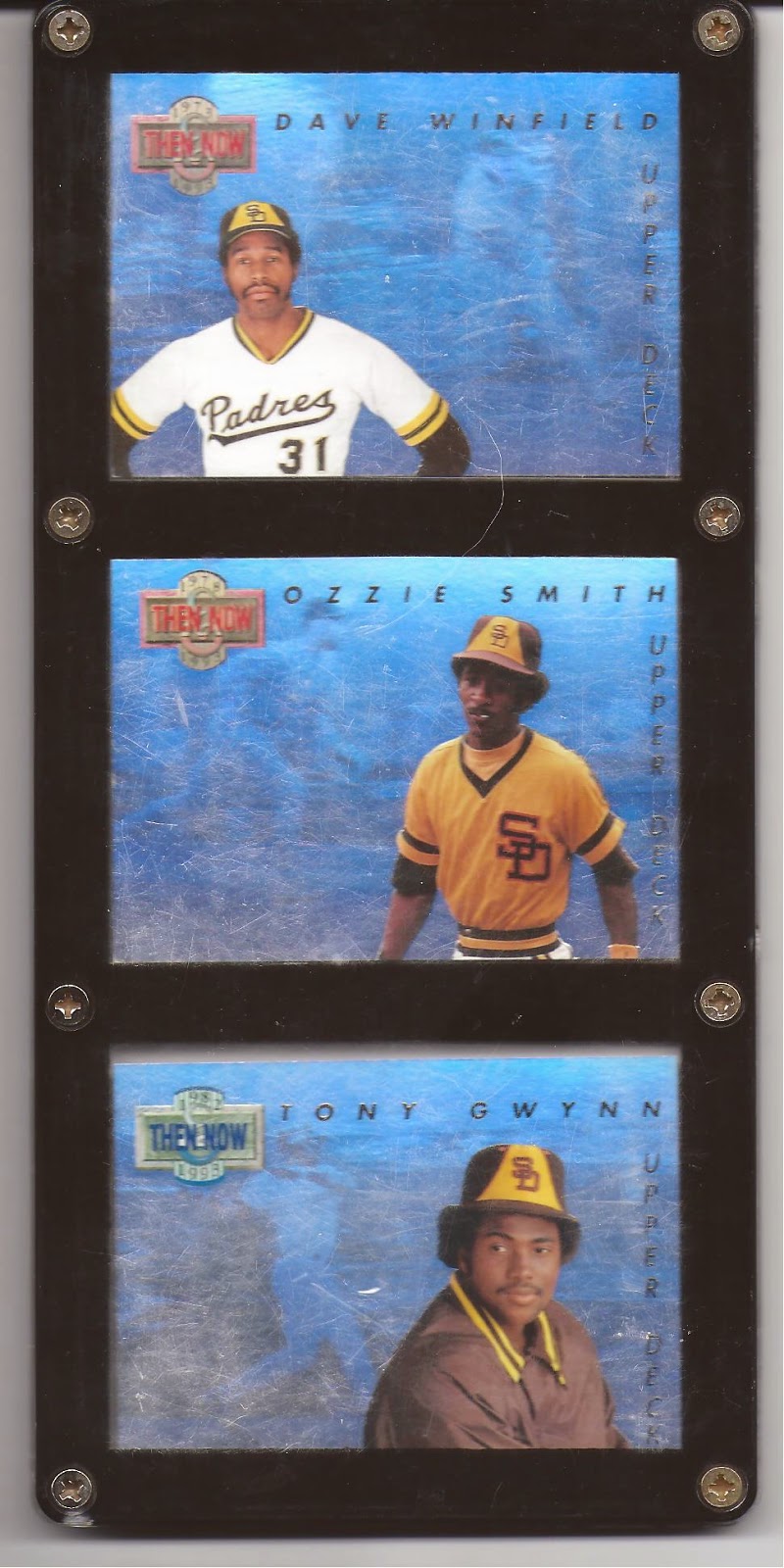 Rod also included a packaged trio of 1993 Upper Deck Then and Now cards, which included (from top to bottom) Dave Winfield, Ozzie Smith and Tony Gwynn. The holographs on these cards look really sweet, once you have the light coming in at the right angle.

I'm also going to display a few of the odds and ends he sent. Here's a 2006 Ovation Ben Johnson RC, a 2012 Sega Card-Gen Chris Denorfia and a 2011 Topps Wal Mart Black Border Yorvit Torrealba. The Sega card is pretty cool -- a large part of it's actually written in Japanese.
And the final pièce de résistance, complete (or near-complete) San Diego Padres Topps team sets for 1976 - 1982 (Padres Traded team sets are included from this year, forward), team sets from 1984 - 1994, for 1995, and from 1997-2011.
Again, I don't know how to begin to thank Rod for this wonderful package. It was such a totally awesome unexpected gift. All I can say, is "Thank you, Rod."
Posted by Comatoad at 7:13 PM