Ralph comes through again, Part I

Remember those Iowa Energy shorts I won a few weeks ago at an Iowa Energy D-League basketball game? They quickly sold after I put them up on E-Bay, so I had a fistful of Paypal to spend. If you add the fact that my fingers were itching to add even more Padres cards to my collection, you can see where this is going.
I have a friend, whose name is Ralph. Every now and then, Ralph will post up a boatload of cards for sale at totally unbelievable prices, such as autos and game-used for $1, or refractors for .25 as well as other cards at 5/$1, or $6/$1.
It's been about three to four months since I've last bought cards from him, so I figured he's probably acquired a few more Padres cards by now. As you can see, he didn't disappoint me. While he lamented about the recent snow in Pennsylvania, he was more than happy to oblige me. And, like most of us, he's anxiously looking forward to the start of baseball season and his beloved Phillies.
I ending up getting more than 60 cards and spending about 60 cents apiece when all was said and done. This was such a great buy, I'm going to stretch posting these cards over the course of three days. I will, however, start out with some of the prettiest and shiniest. 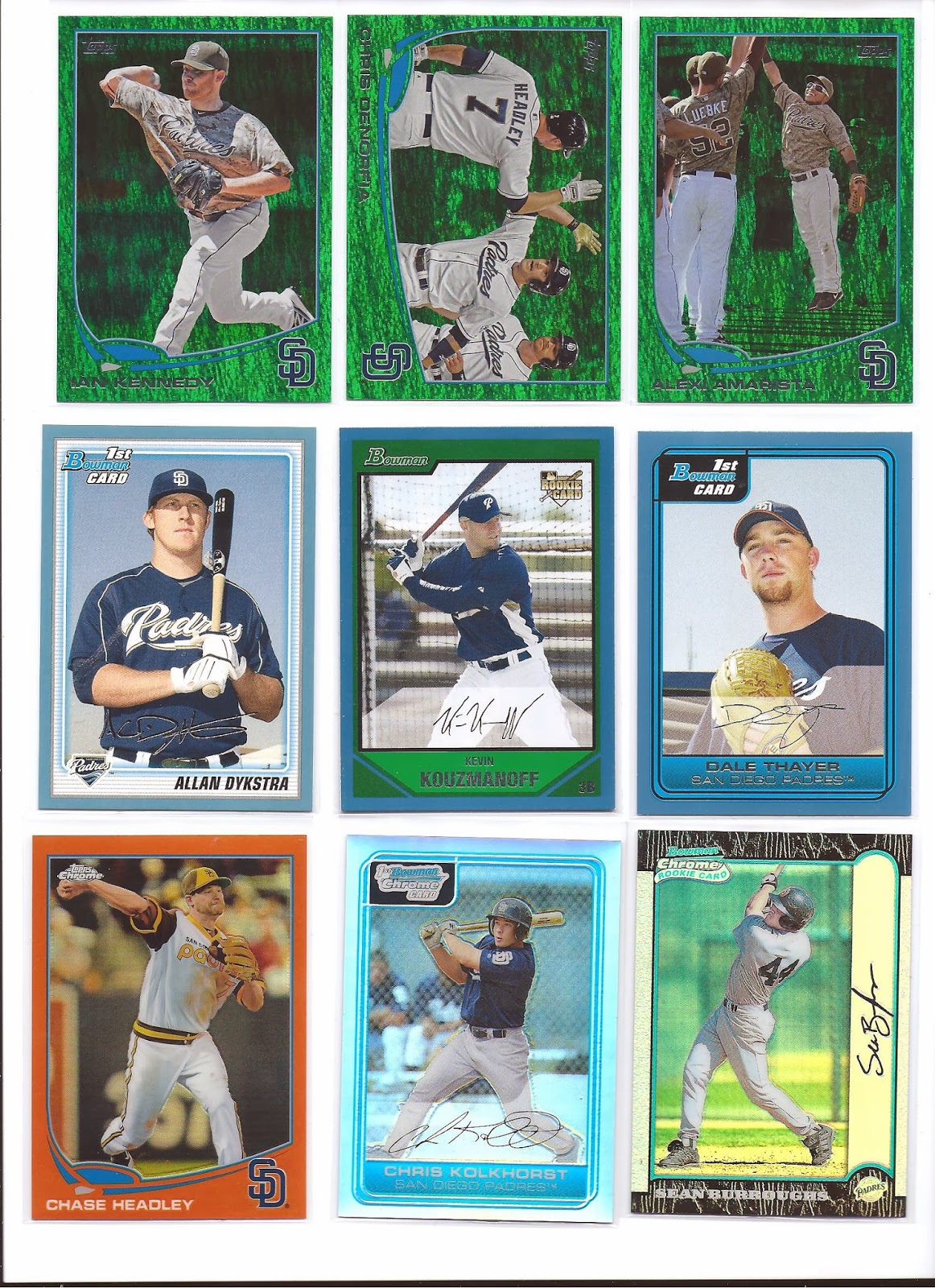 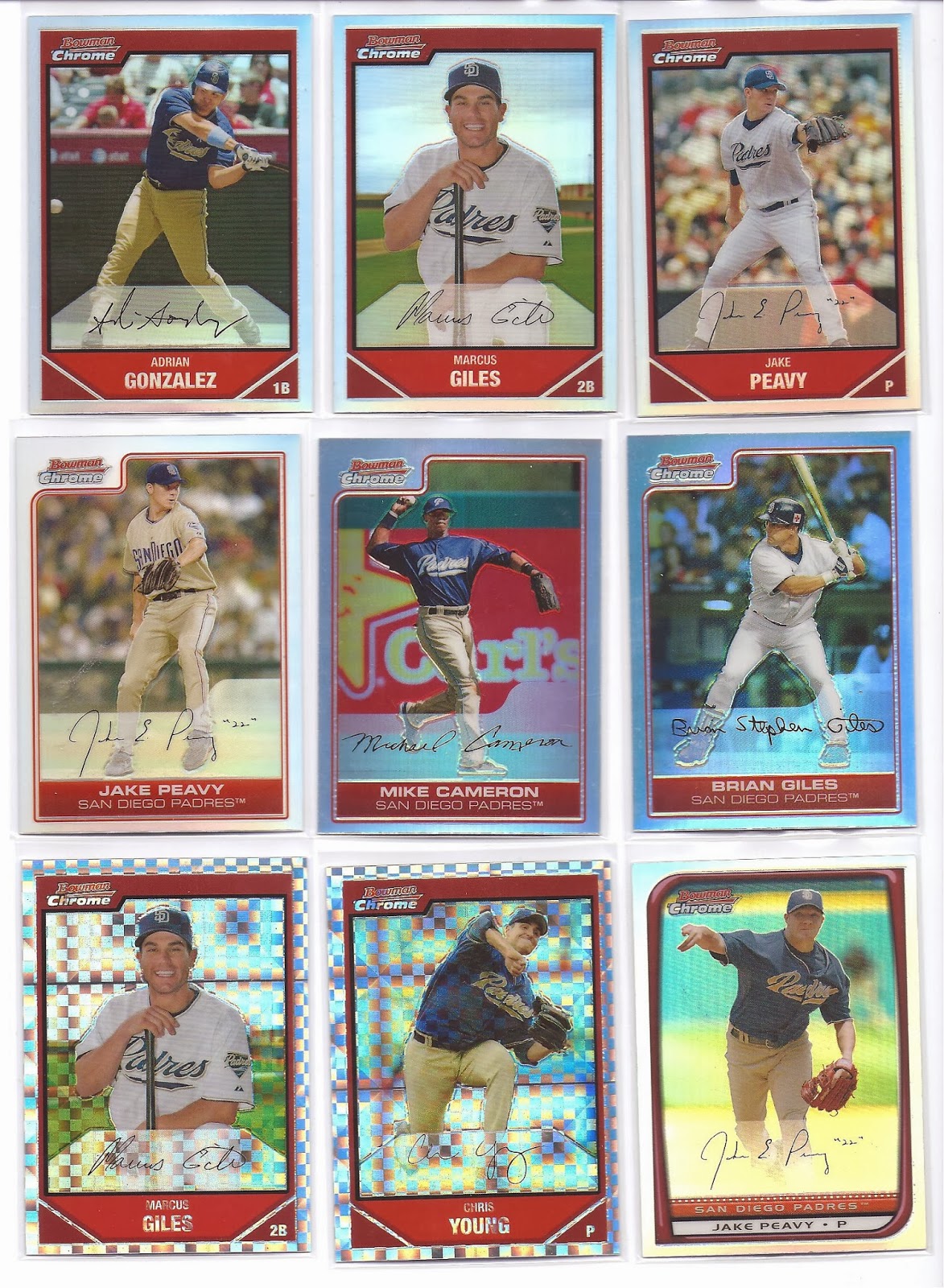 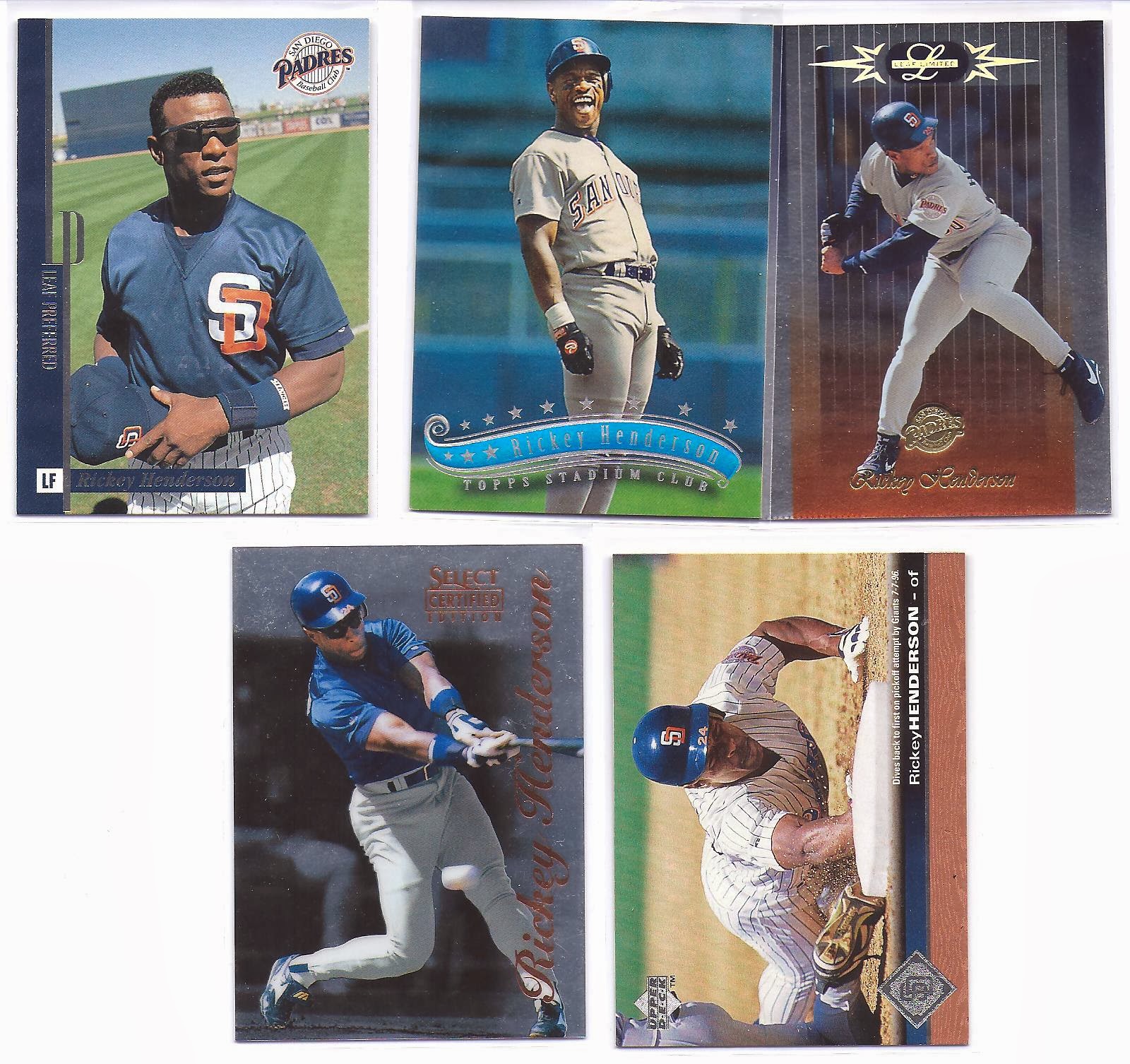 For many, seeing Rickey Henderson in anything other than an A's uniform is a sacrilege. However, I like seeing Henderson sporting the Padres colors. Here's five cards of Henderson as a Friar - 1996 Leaf Preferred, 1997 Stadium Club, 1996 Leaf Limited, 1996 Select Certified, and 1997 Upper Deck.
My next post will feature Padres putting pen to cardboard (or in some cases, stickers), as I highlight a whole bunch of Friars autographs.
Posted by Comatoad at 5:39 PM