Remember those Iowa Energy shorts I won a few weeks ago at a D-League basketball game? Selling them on E-Bay enabled me to add a whole mess of Padres cards to my collection, thanks to my buddie, Ralph.
Of the 60 cards I got from Ralph, 17 of them were autographs. While there's no superstar player autos like Adrian Gonzalez or Trevor Hoffman, the Padres signatures I did find really help build my player collections. Another added bonus - they're not just Bowman Chrome signatures, either. 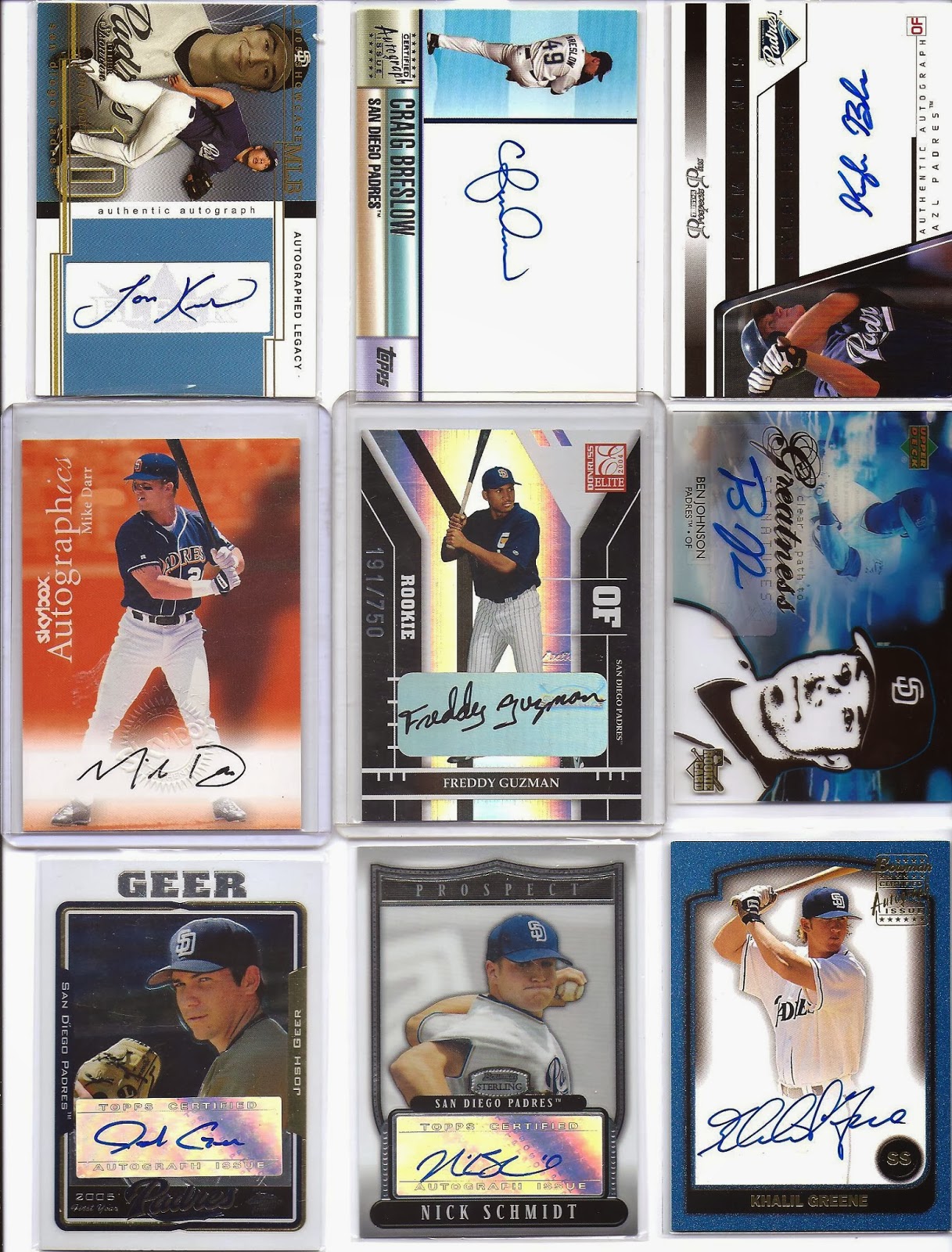 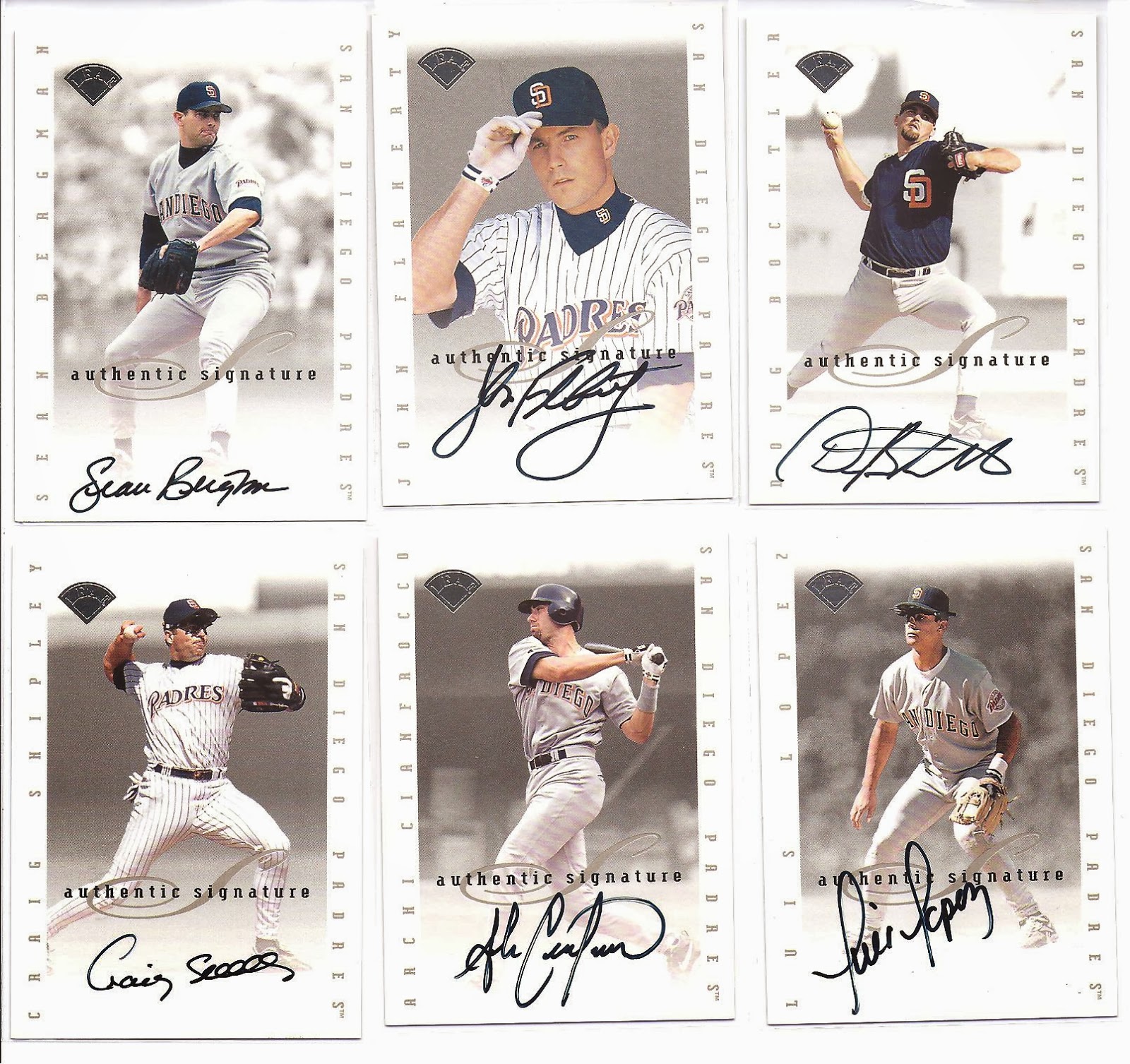 When they first came out with the 1996 Leaf Signatures Extended Autographs, I wasn't totally impressed. However, perhaps due to the fact they didn't produce as many autos as they do today, you have to admit these are some crisp, clear, LEGIBLE, autographs. Another bonus - these were actually signed onto the cards - there's no stickers! This batch includes Sean Bergman, John Flaherty, Doug Bochtler, Craig Shipley, Archi Cianfrocco and Luis Lopez. 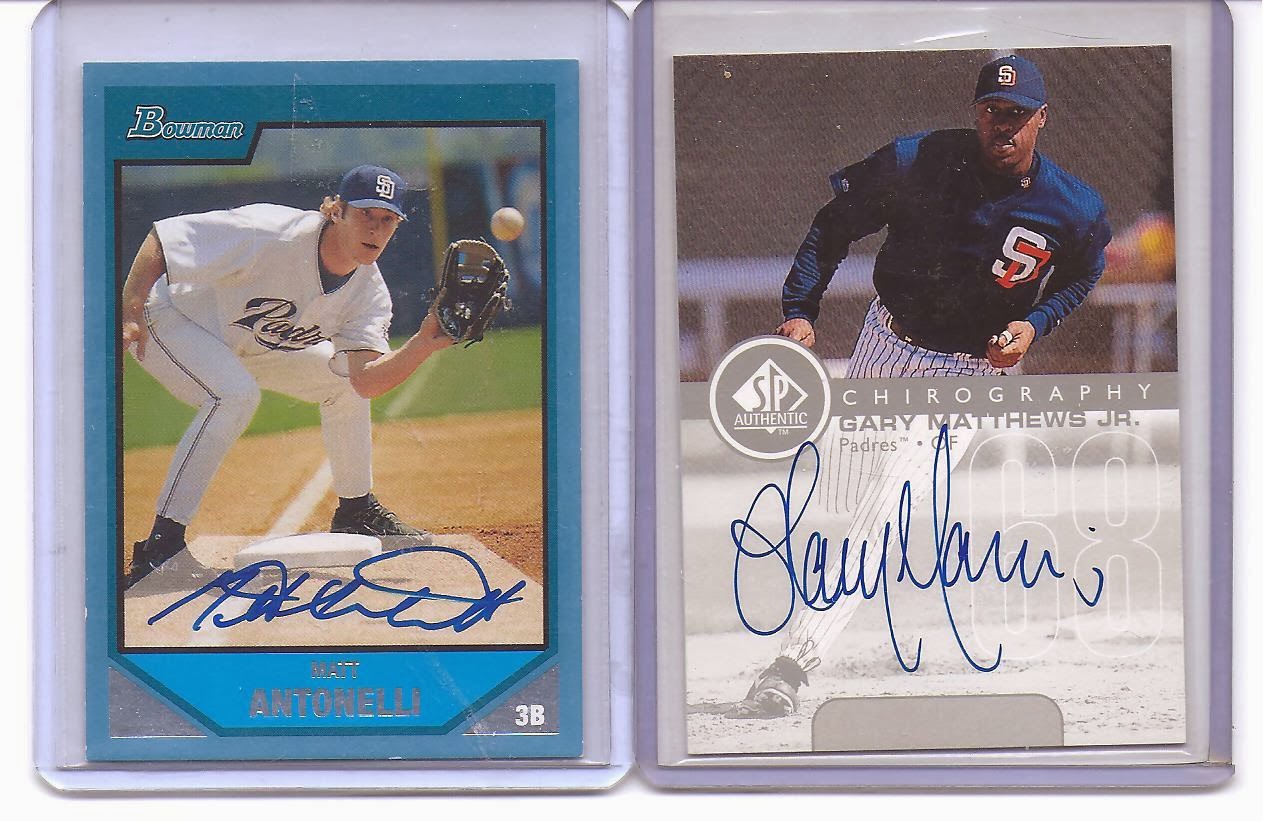 Closing out my autograph lot are a 2007 Bowman Prospects Autographs Matt Antonelli, and a 1999 SP Authentic Chirography Gary Matthews, Jr.

It's indeed interesting to see how sloppy today's chicken-scratch autographs are getting compared to those of the early- to mid-90s. But then again, there may not have been as many autograph cards back then, so they could take their time and sign legible signatures.

Next, I'll post my game-used Padres cards?﻿
Posted by Comatoad at 2:34 PM