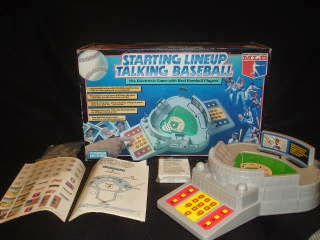 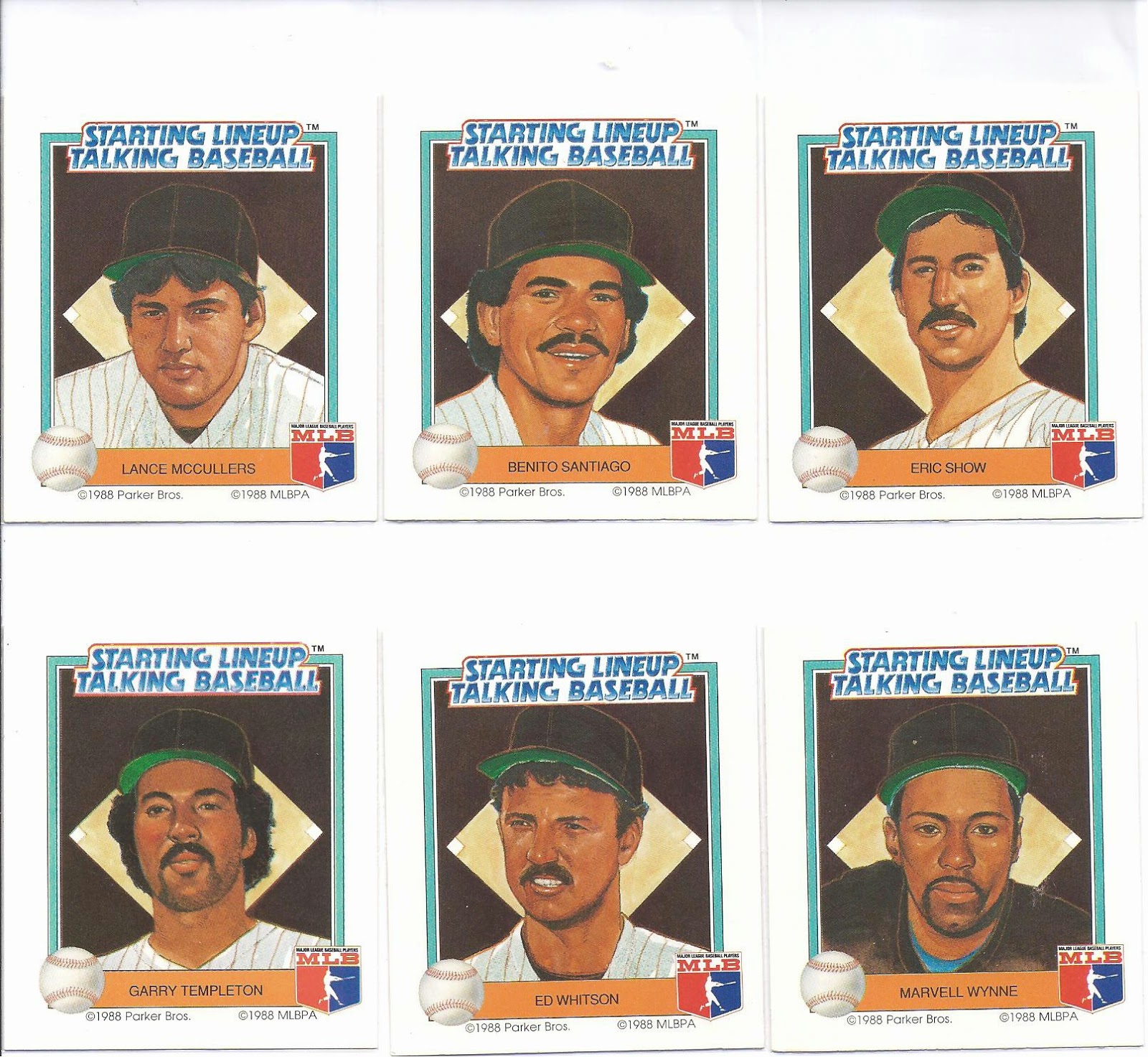 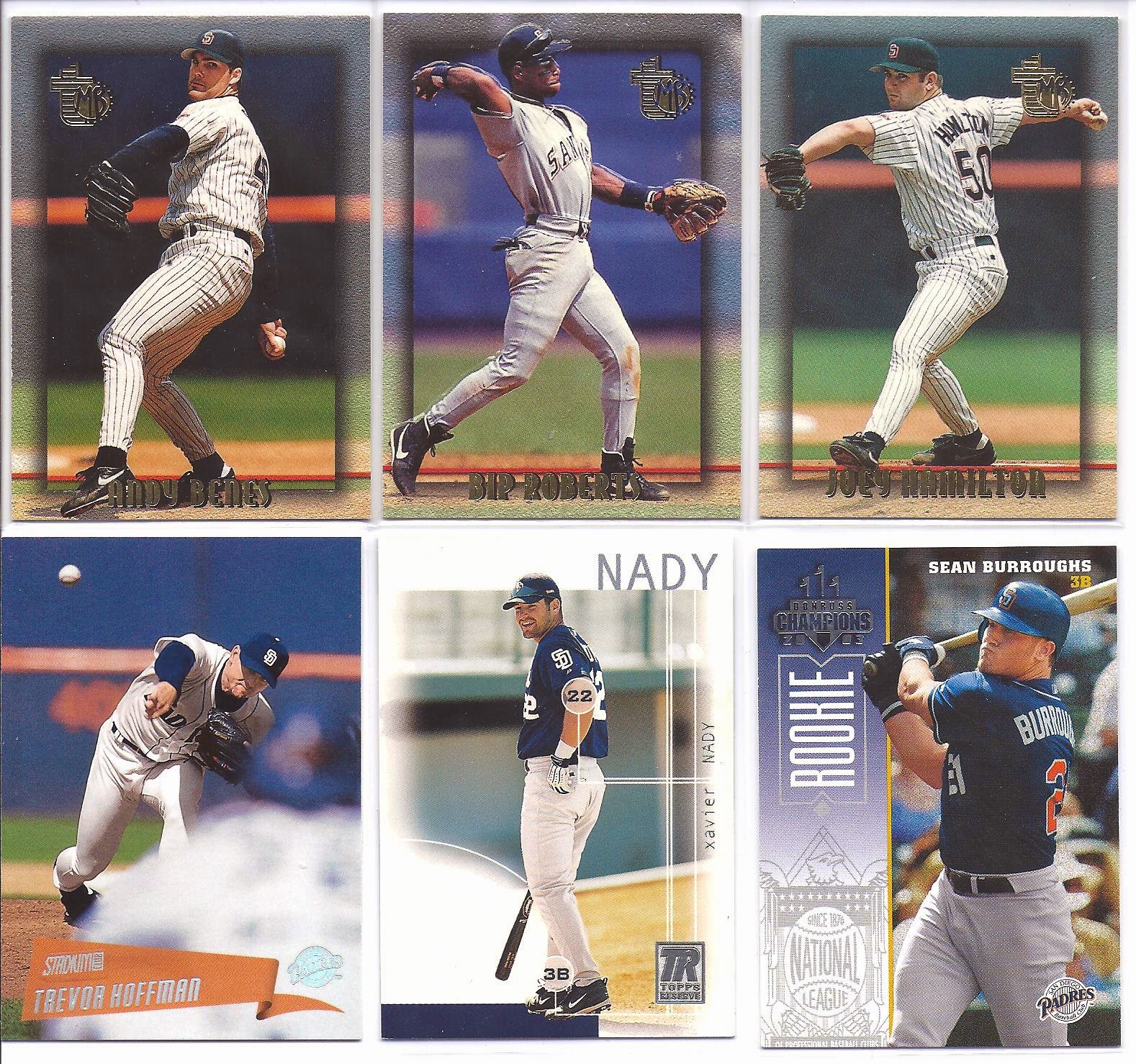 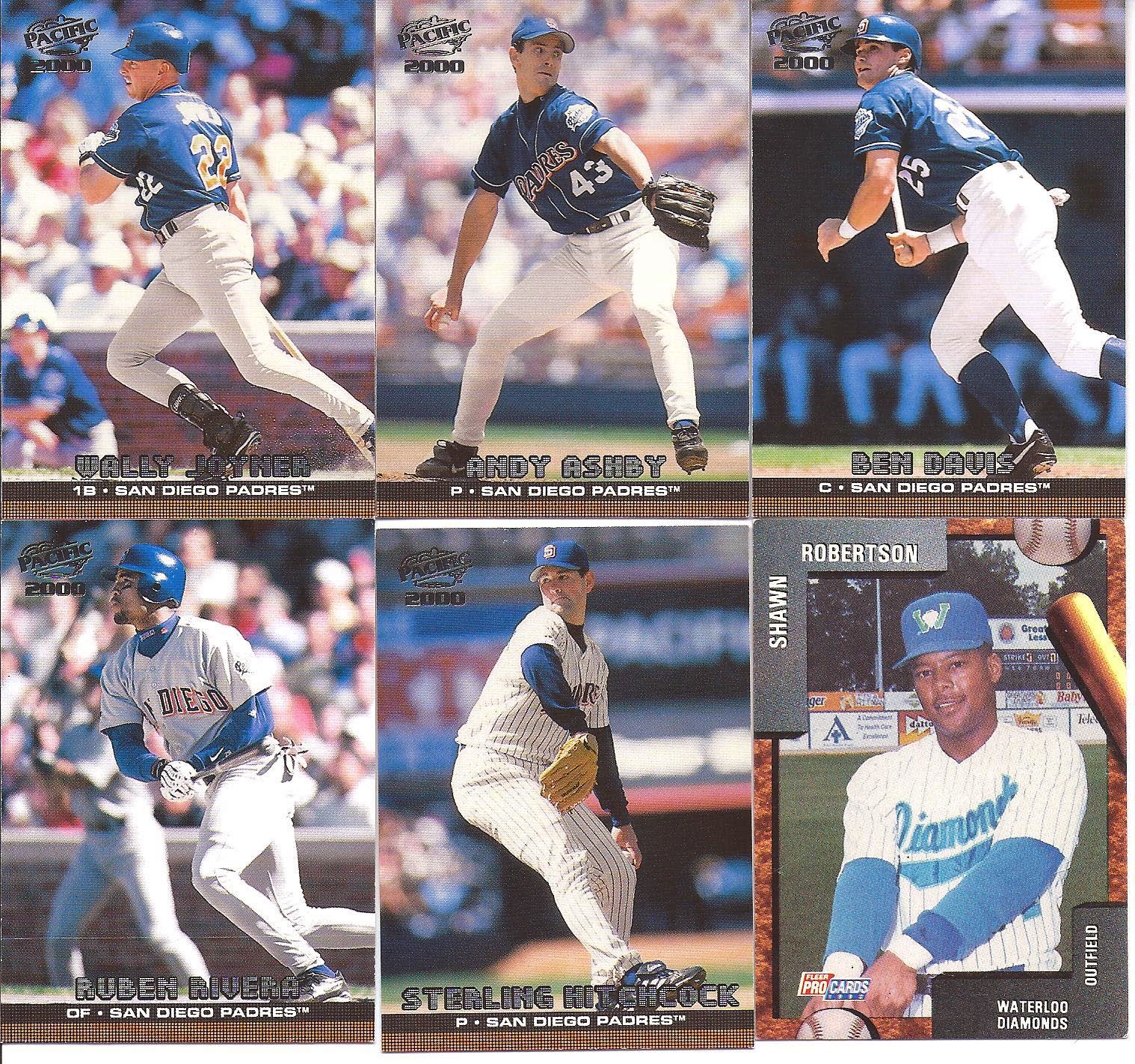 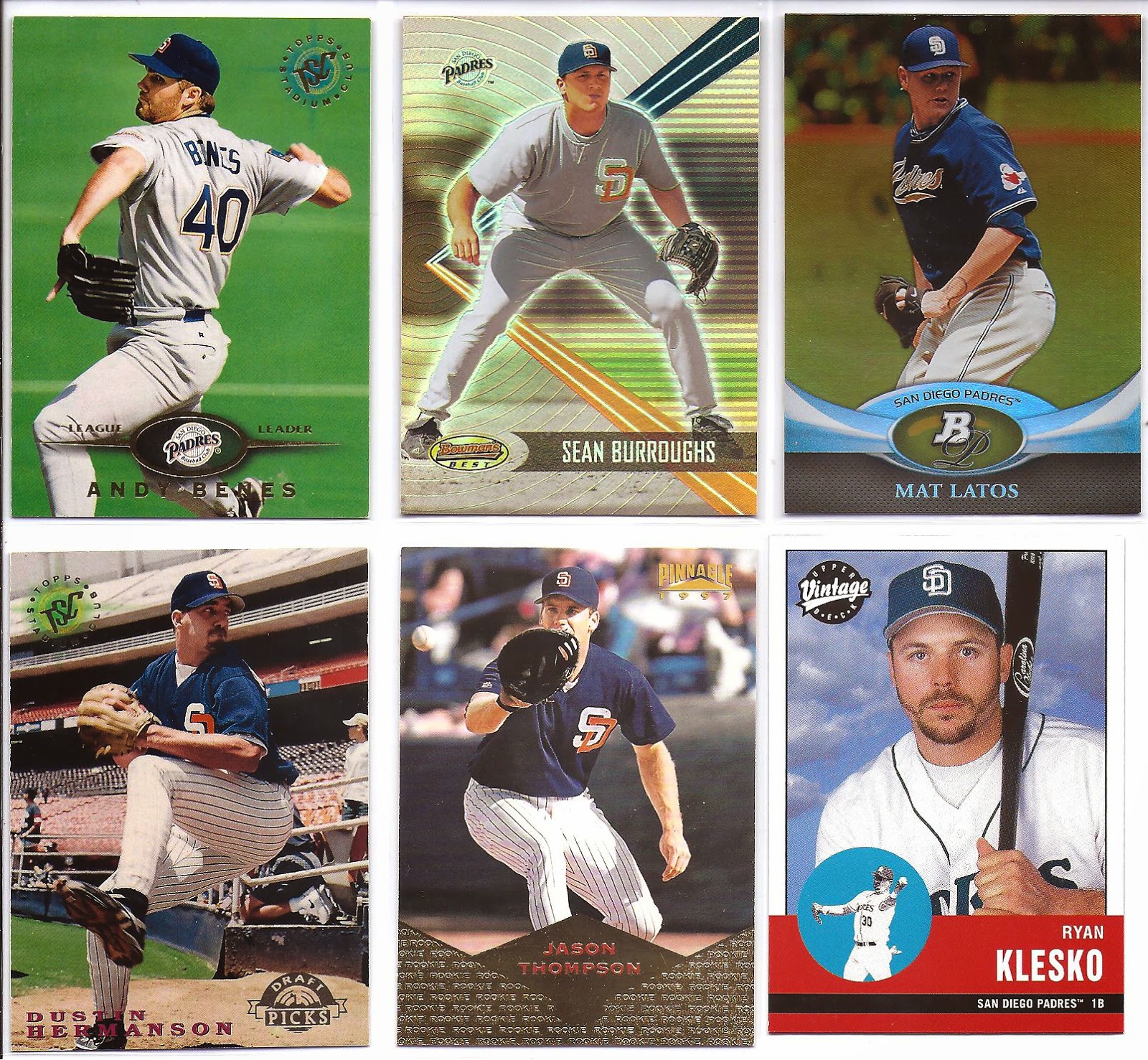 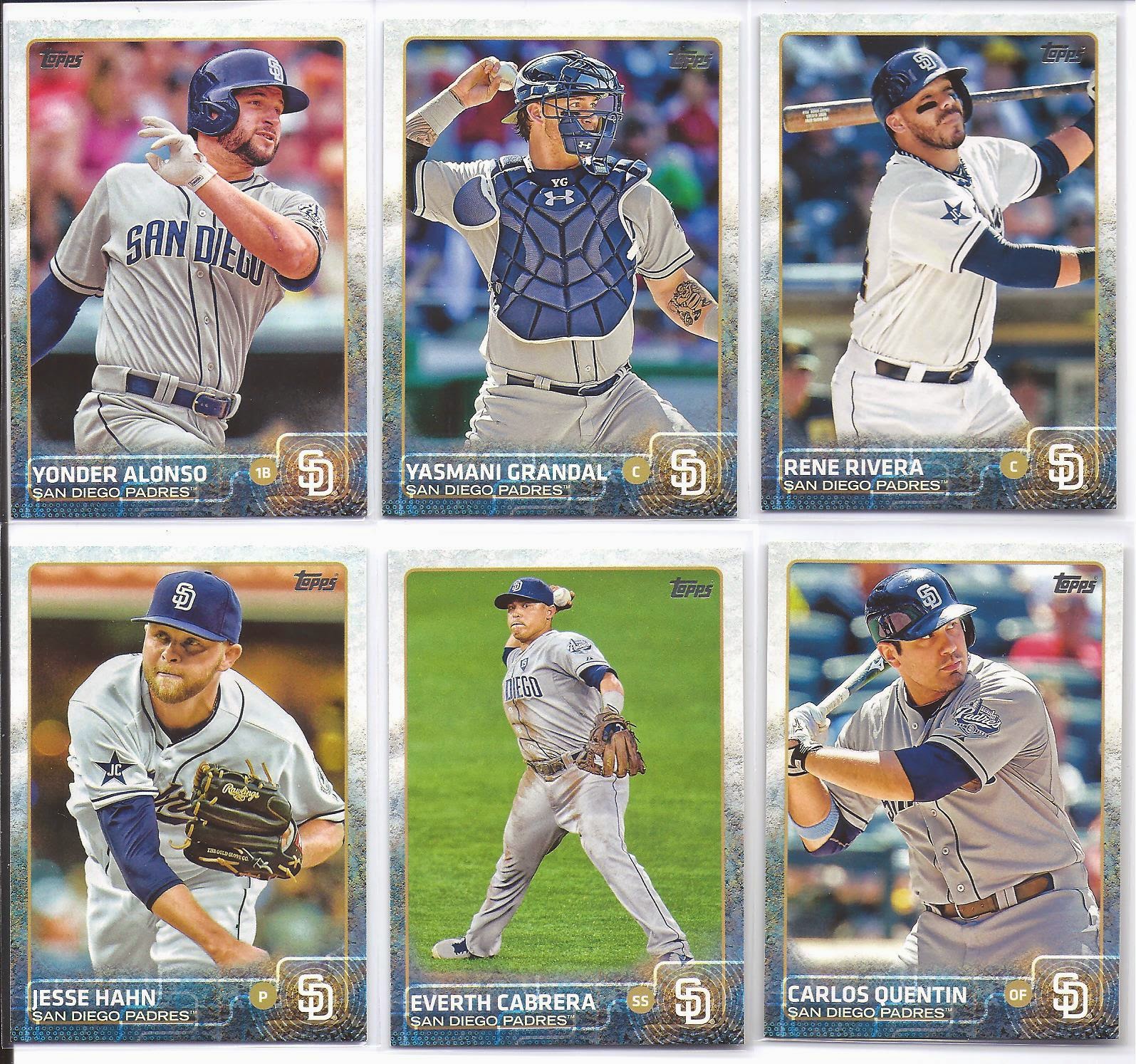 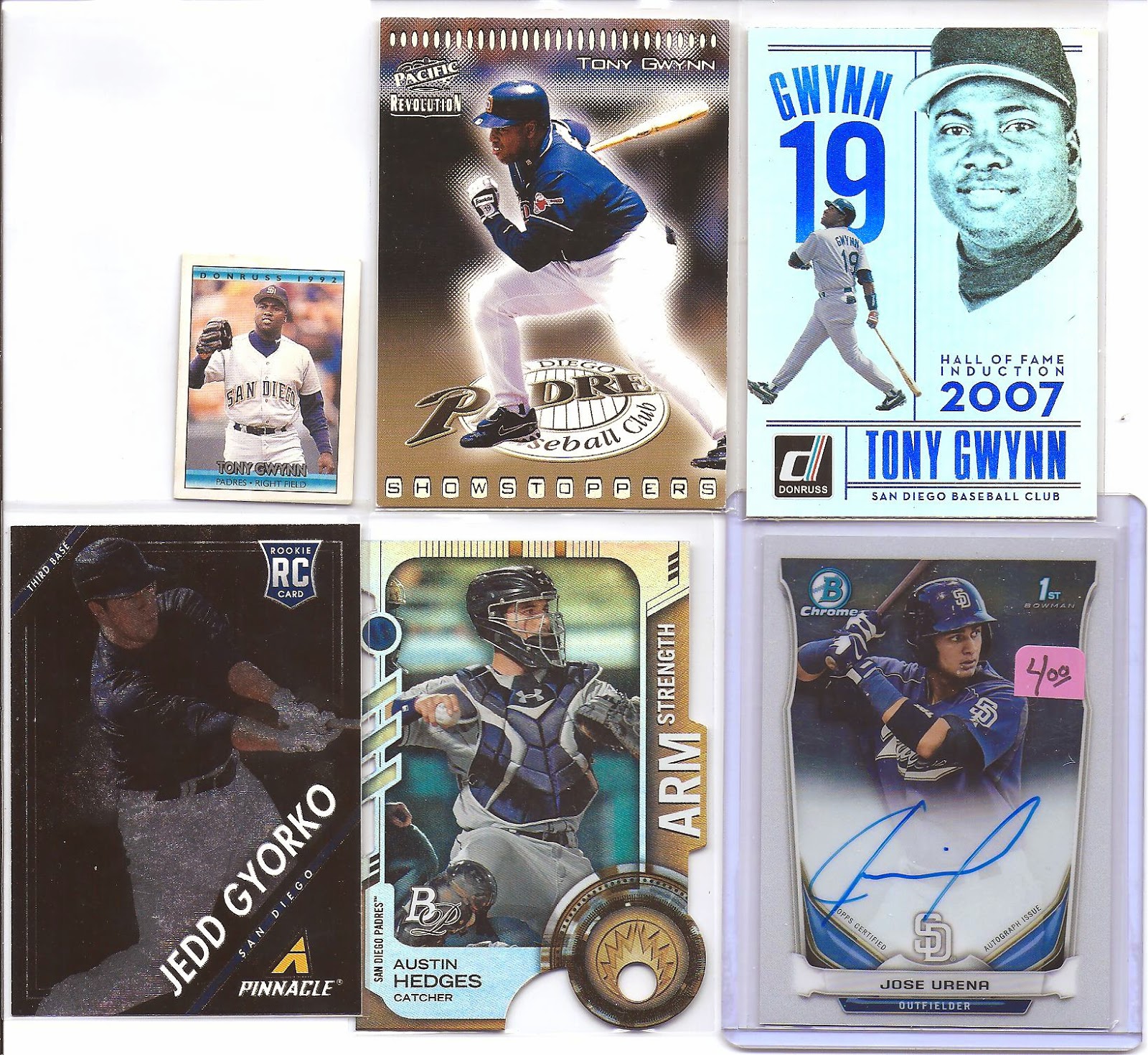 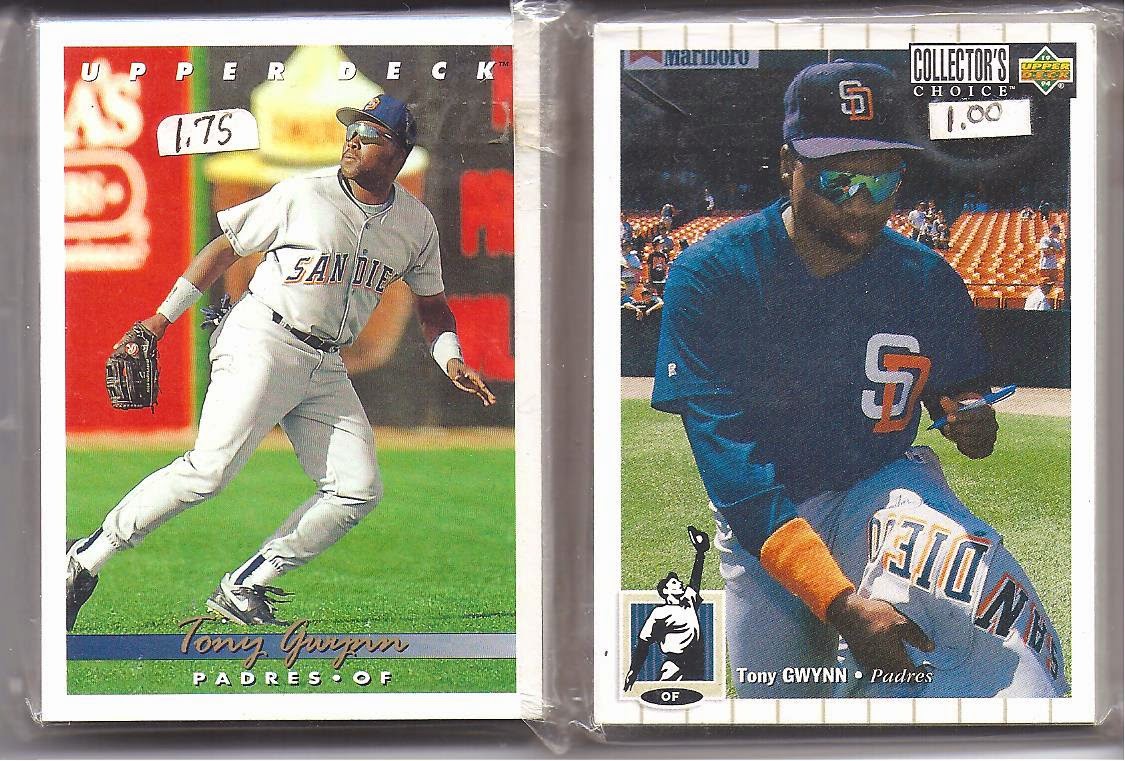 I'll have a boxful of Nacho's, please

Another package I've recently received in the mail (but have taken forever to post) is from Christopher over at Nachos Grande. An avid Legos collector, I had sent him a Christmas card with a Lego mini character.

He was touched by the card and elated with the Lego character. In return, he sent me this wonderful collection of San Diego Padres cards and goodies. 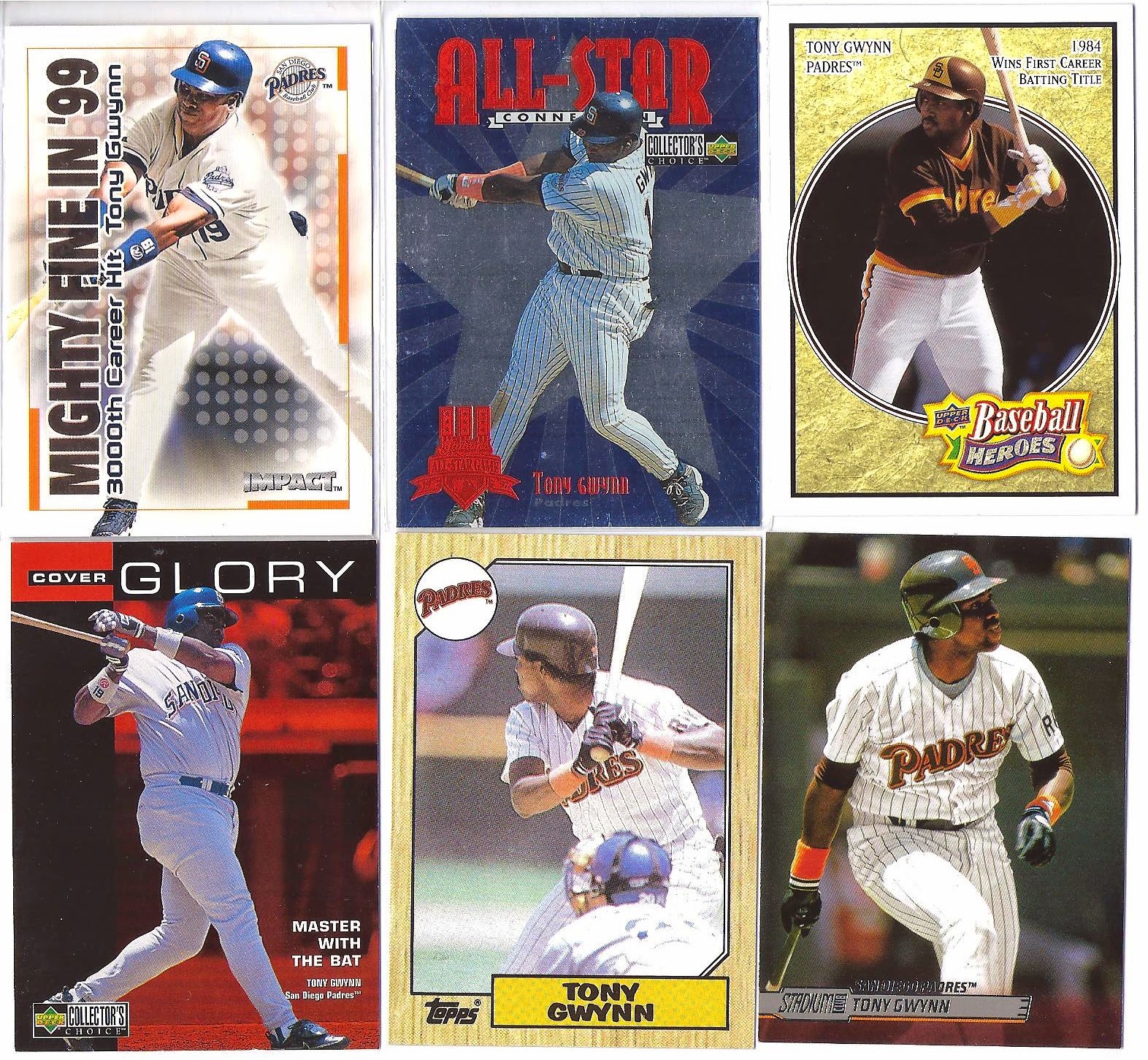 You know, it's always great to be gracious and good enough to send a gratuitous group of Gwynns, so Christopher saw fit to send along a few cards of Mr. Padre, himself. Here's his 2000 Impact Mighty Fine in '99, 1997 Collector's Choice All-Star Connection, 2008 Upper Deck Heroes, 1998 Collector's Choice, 1987 Topps, and a 2014 Stadium Club. 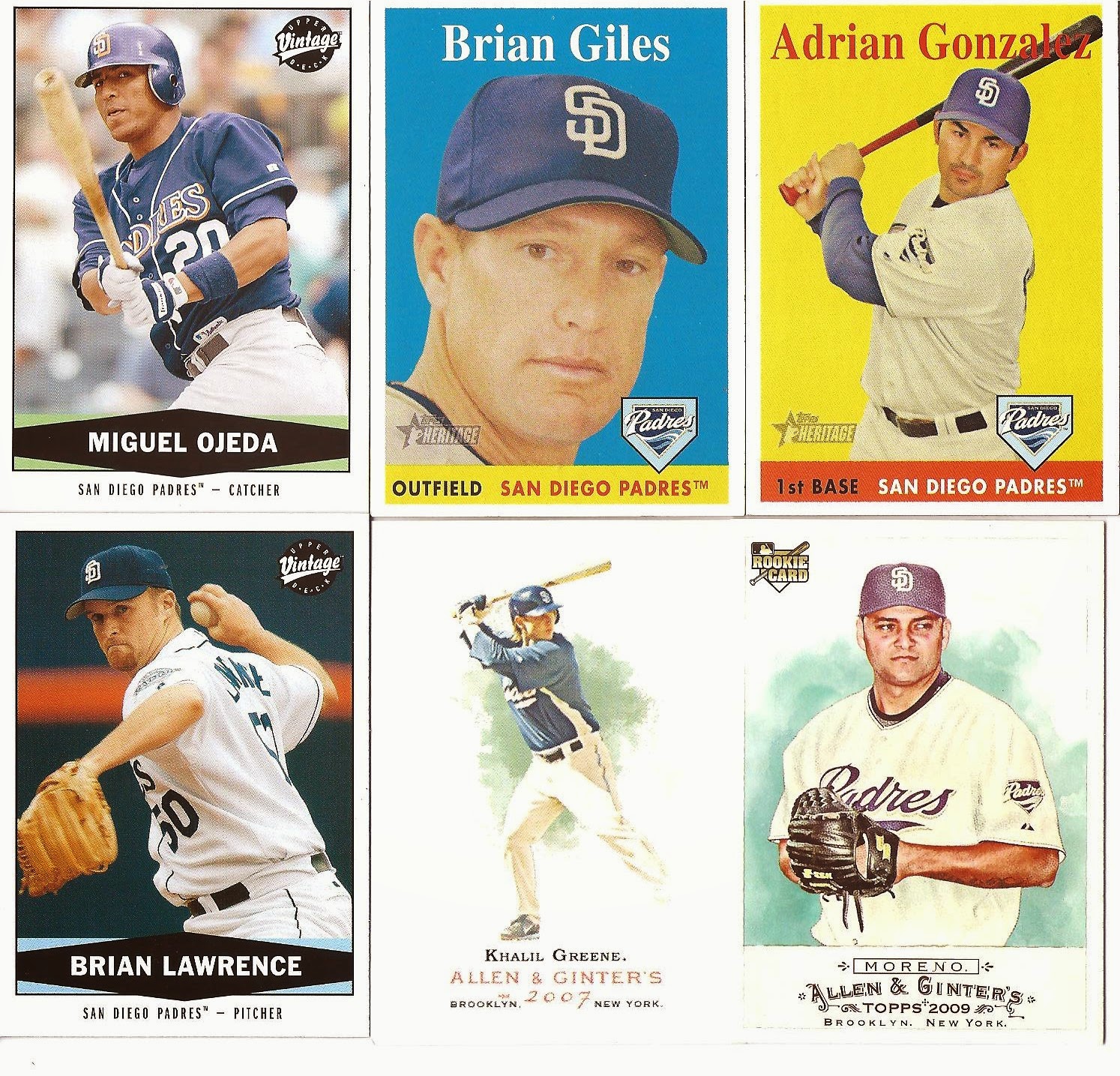 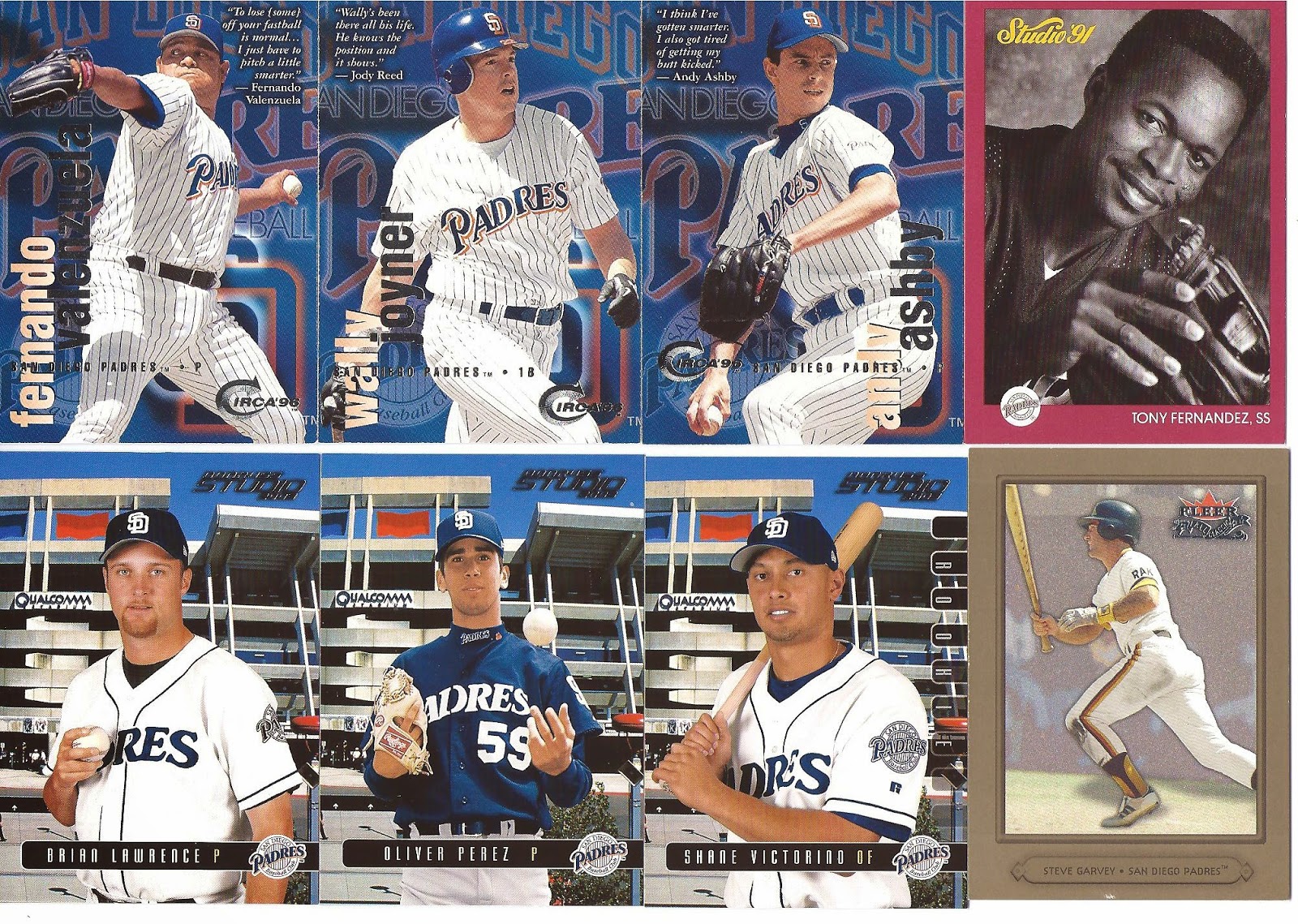 How about a 1996 Circa Fernando Valenzuela, Wally Joyner and Andy Ashby, 1991 Studio Tony Fernandez, Brian Lawrence. Oliver Perez and Shane Victorino, 2002 Fleer Fall Classics SP Steve Garvey. A friend and I used to have a blast mimicking a few pitchers' pitching motions and Valenzuela was one of them that was so much fun to copy, especially due to his heaven-directed look, as part of his wind-up. Al Hrabosky, the Mad Hungarian, was another one that was fun to mimic. 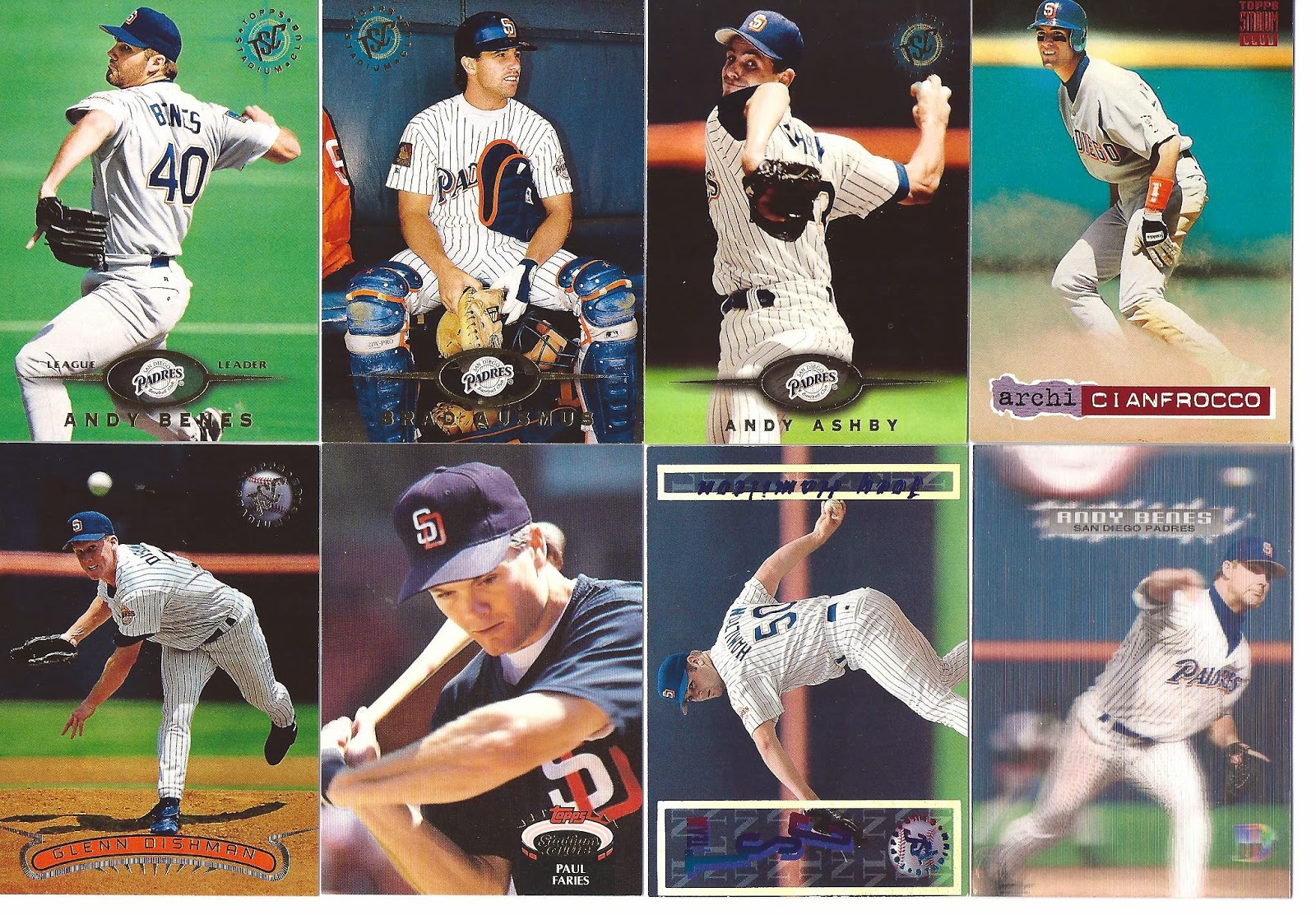 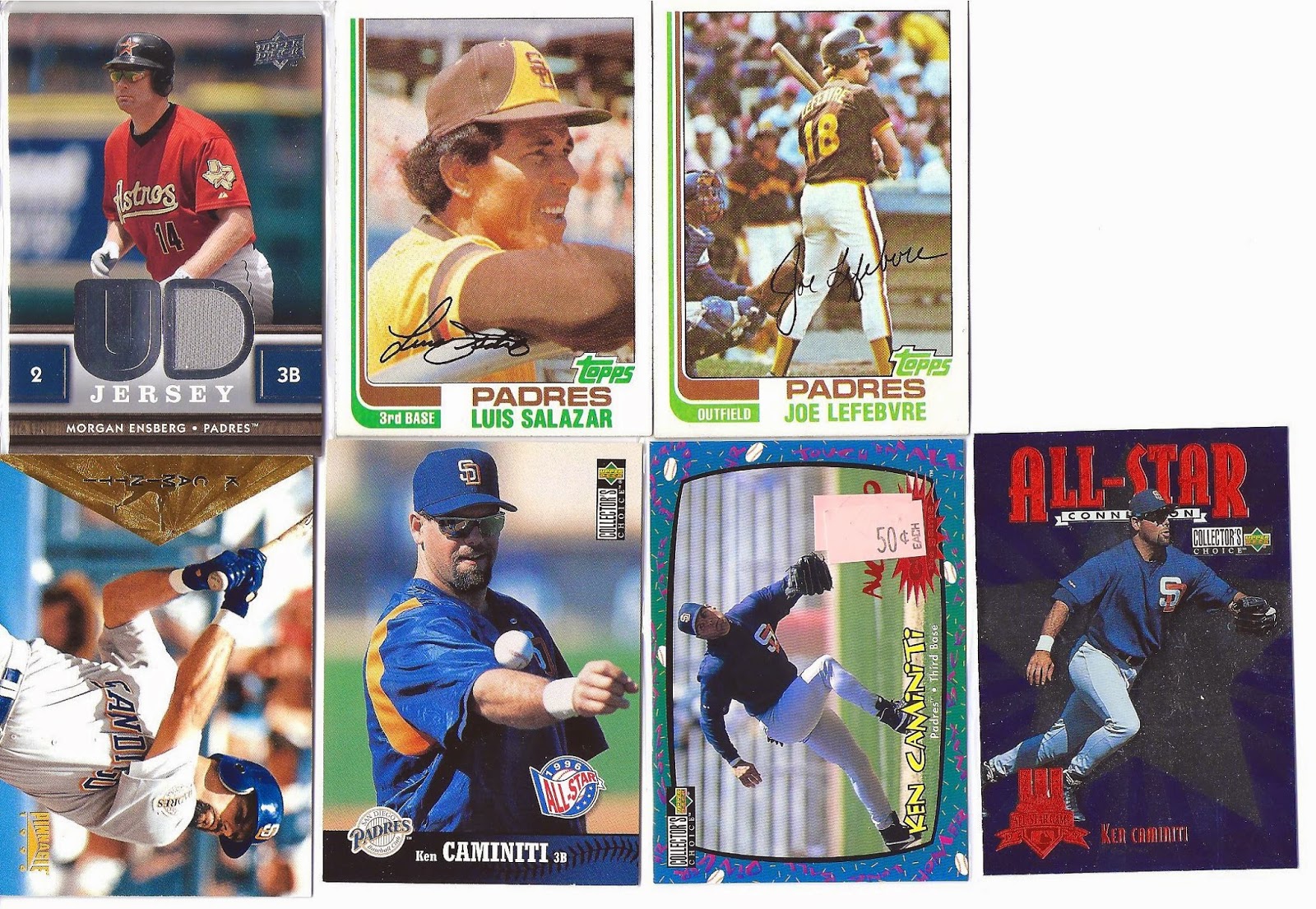 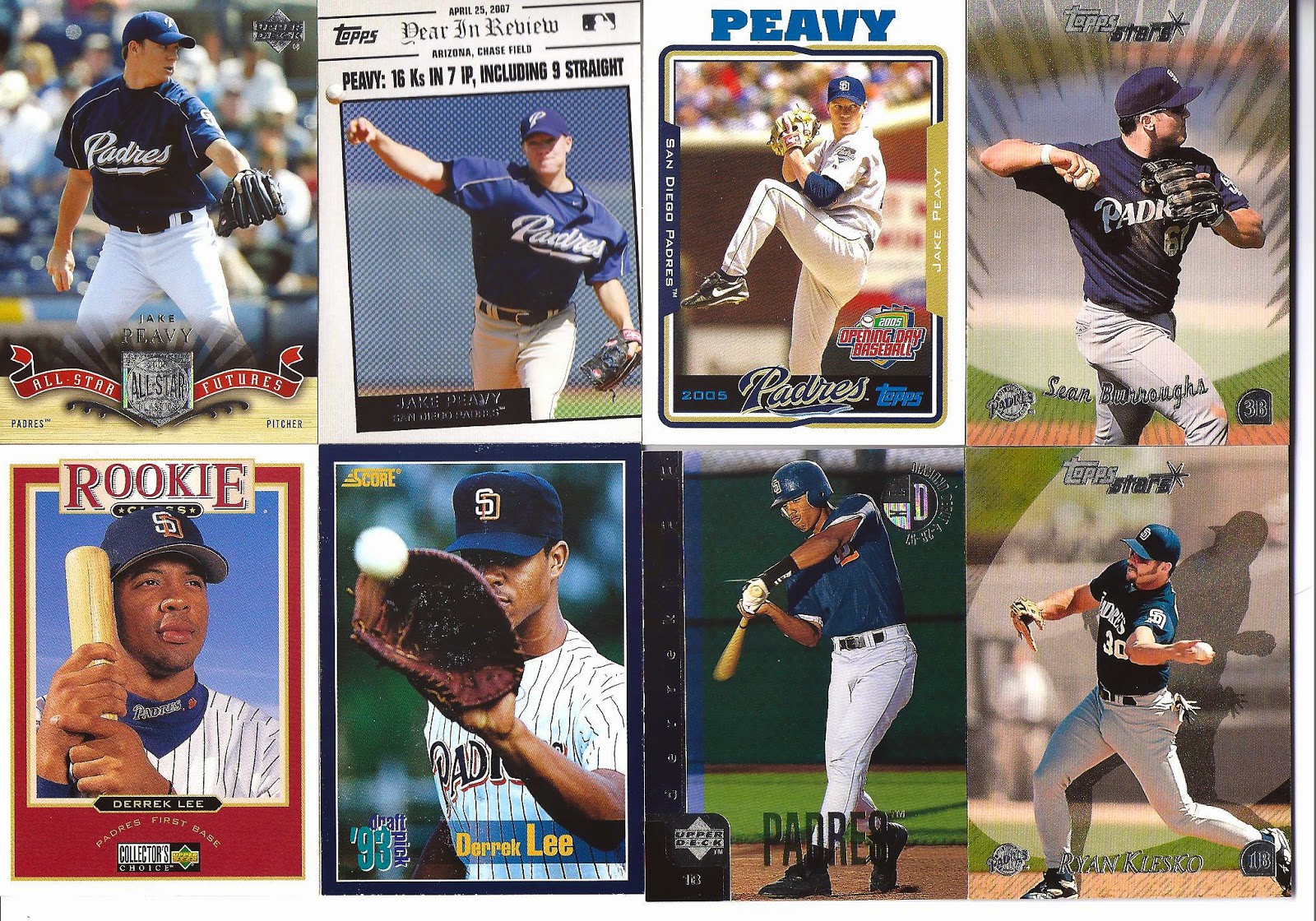 He also included a Padres pencil and Padres Sportsclix character (of course, I can't find the box with his cards again, so I can't tell you who the Padres player was).
Posted by Comatoad at 6:26 AM No comments: 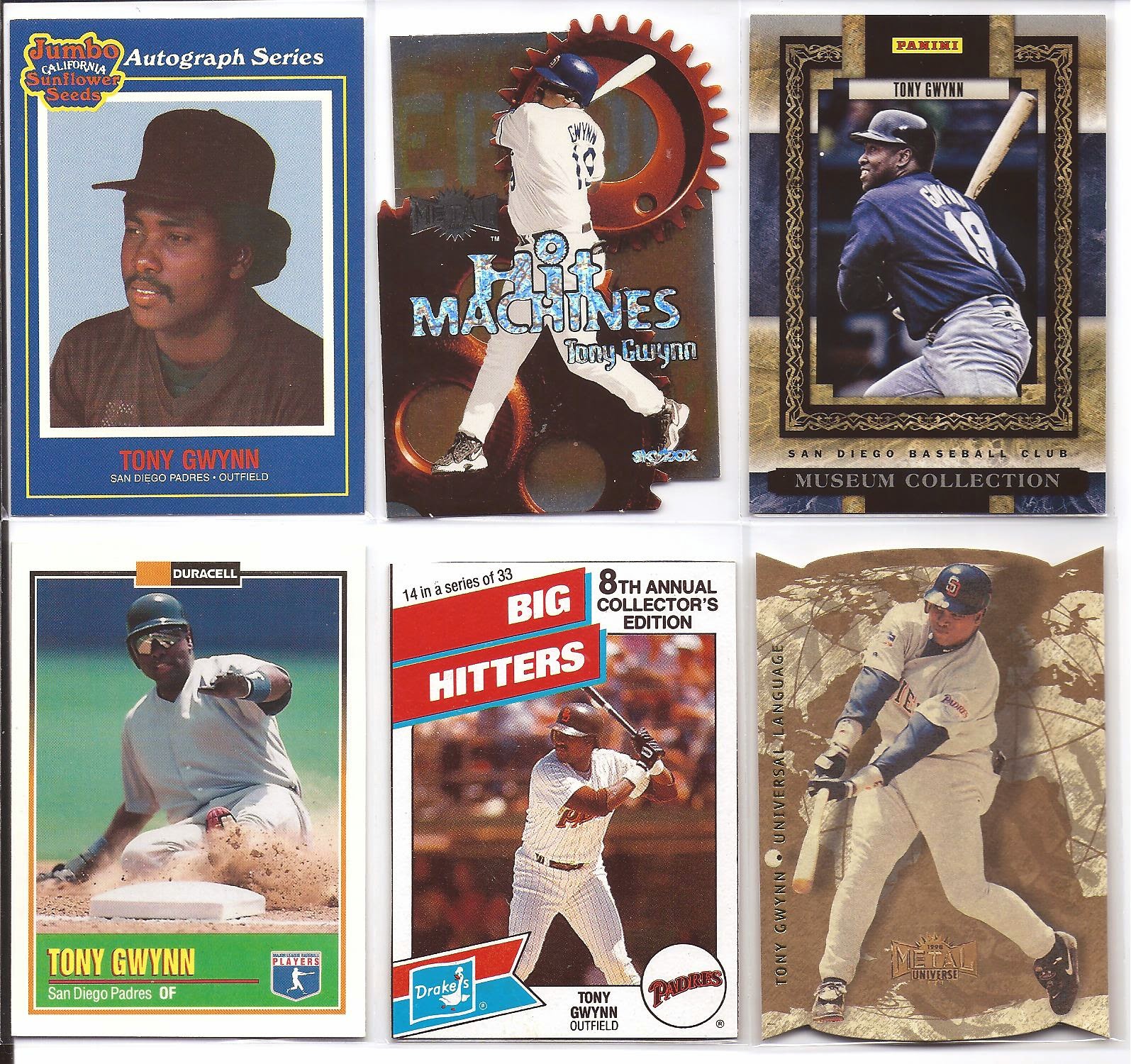 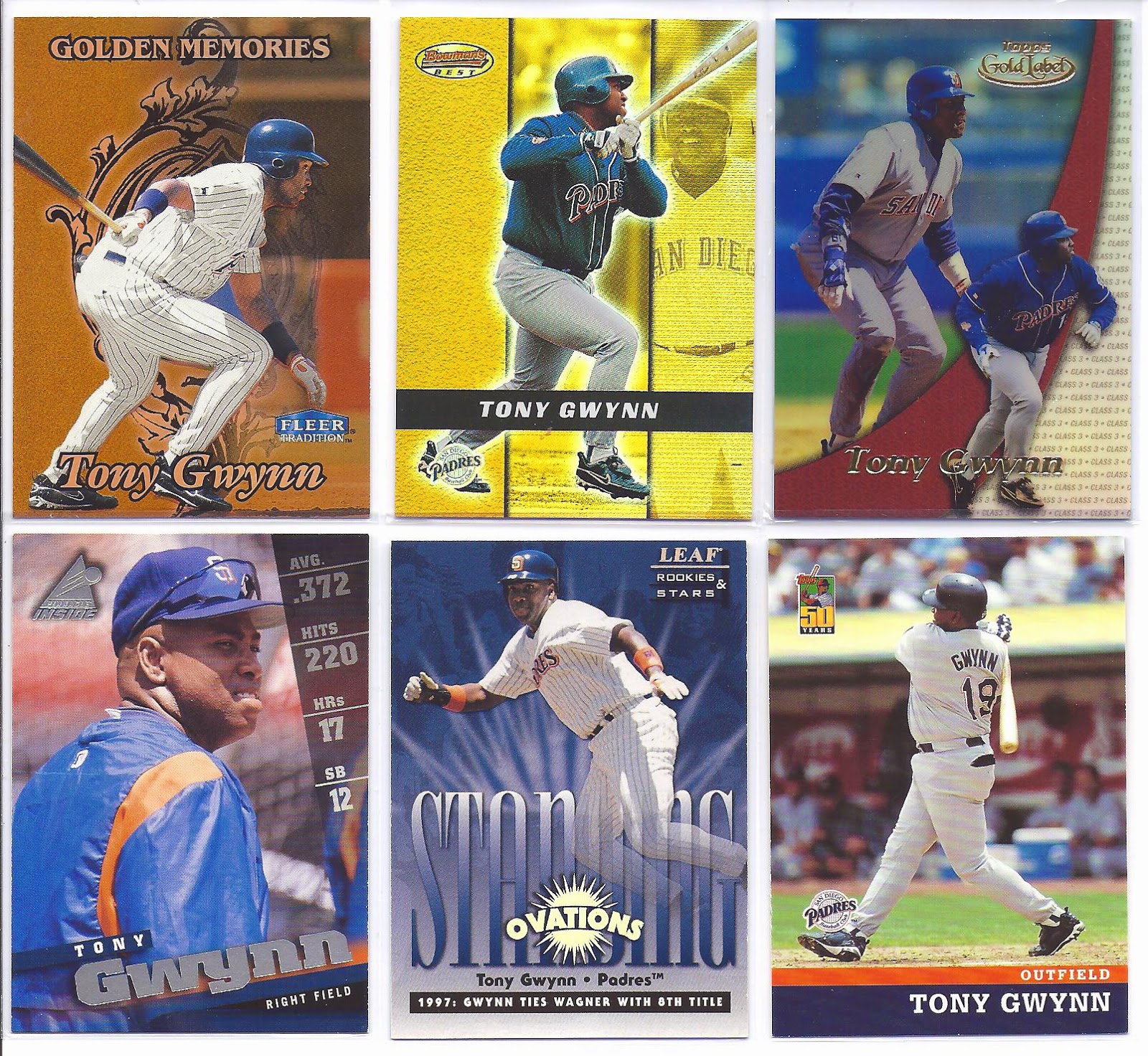 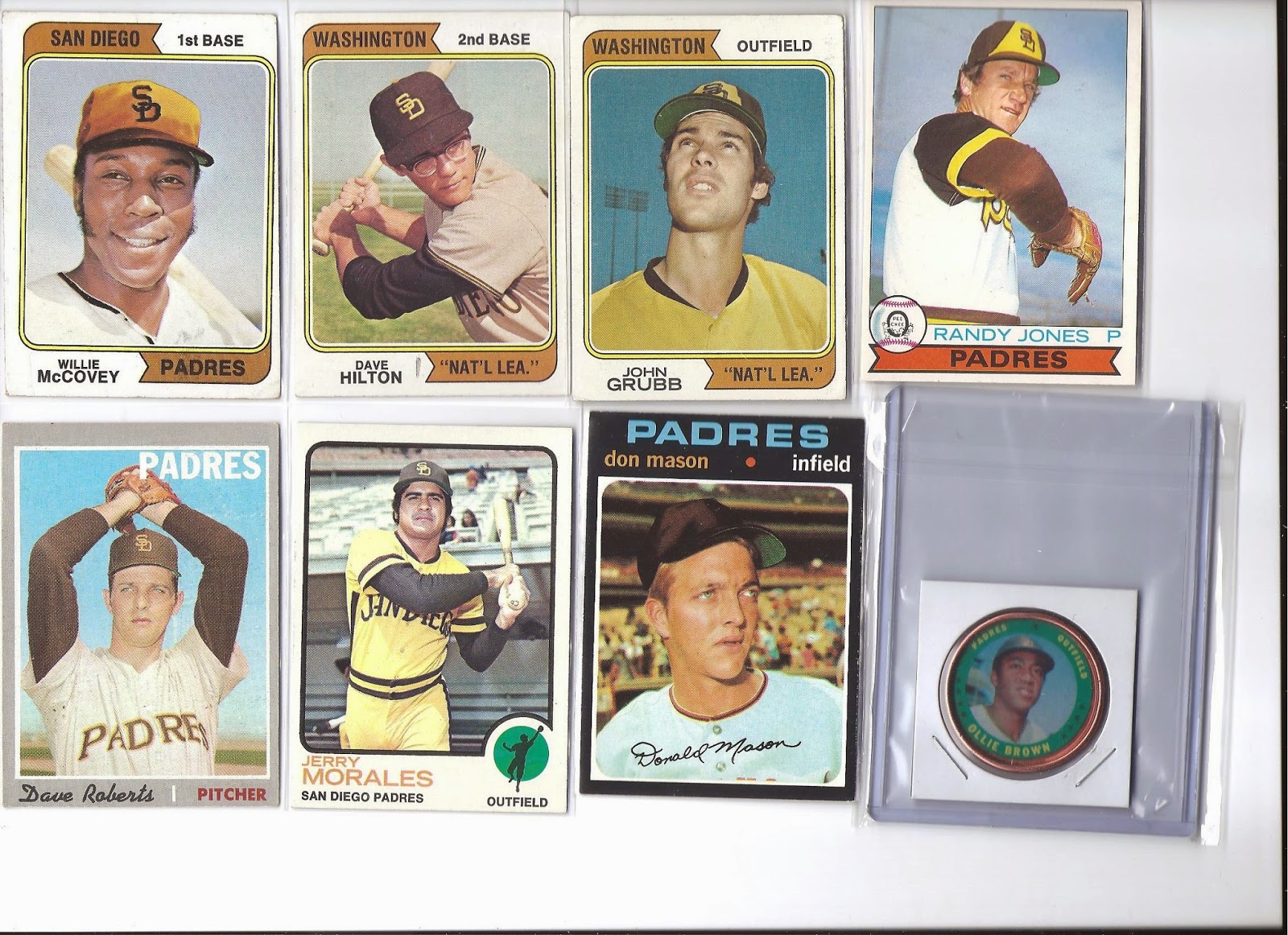 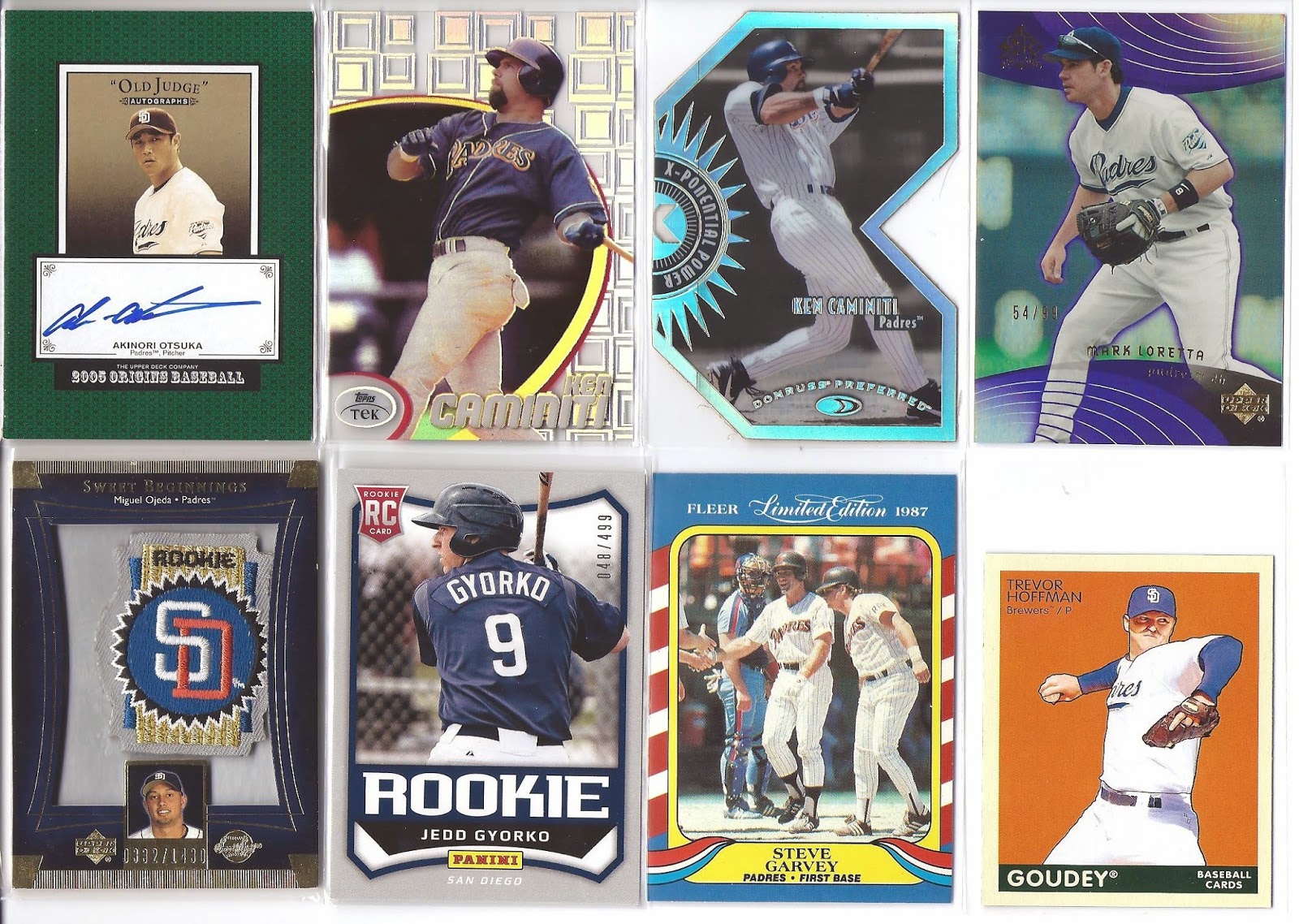