Being a photographer, I appreciate a well-framed, crisp, concise photo as much as anyone. Posed shots are fine, but it's the in-your-face action shots that I find are the most fun to shoot. That's why I enjoy bringing my camera (and telephoto lenses) to sporting events such as baseball games and auto races.

For example, here's a few photos I shot over the past few years, while attending games at Sec Taylor Stadium here in Des Moines during Iowa Cubs games. 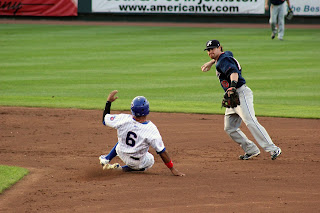 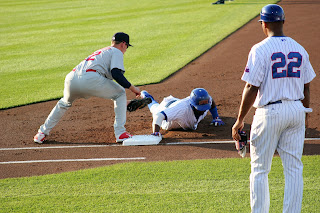 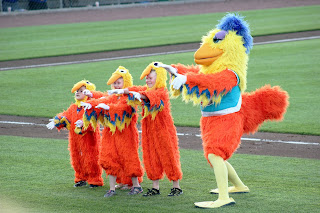 Recently, I managed to combine my love of photography with E-Bay to obtain yet another unique San Diego Padres collectible.

In 1973, Dean's Photo Service put their talents to good use, producing a 31-photo set of the San Diego Padres.

The actual set consists of 5-1/2 x 8-1/2 black-and-white photos, with posed player portraits hemmed within a white border. They also included a team and sponsor logo at the bottom of the front of the photos. These blank-backed photos were given away by the Padres in five, six-card groups at various home games throughout the 1973 season.

One cool thing about this set, but sad to say it wasn't incuded in the batch I received, is a rookie-year photo of Dave Winfield. Unfortunately, I didn't get the Randy Jones photo either. 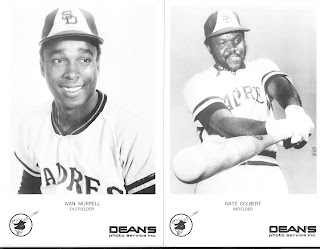 The photos I was able to obtain include Ivan Murrell and Nate Colbert. 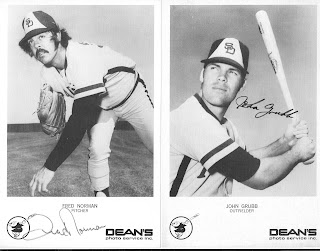 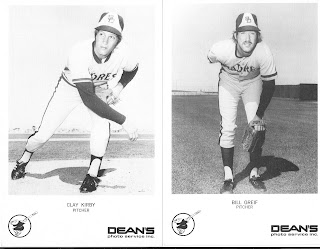 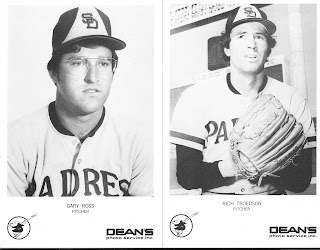 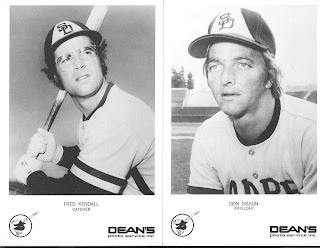 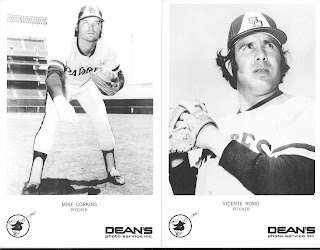 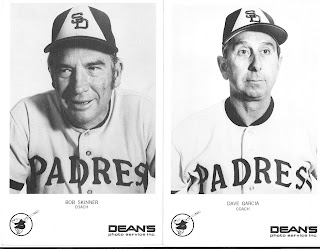 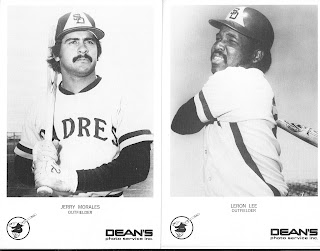 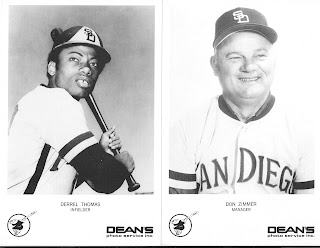 Derrel Thomas and Manager Don Zimmer.
Dean's Photo Services ended up producing four different photo sets. Besides their 1973 release, they offered a photo set in 1974, 1975 and 1976.