However, after getting today's mail, I couldn't help but post.

Even though this isn't a Padres card, or even related to baseball, today's envelope just blew me away.


If you've been collecting for awhile, you've heard of the No Purchase Necessary (NPN) program. For example, Upper Deck offers a chance to obtain a free insert card (while supplies last). All you have to do is go onto their website and register electronically for that particular set. They even allow you to register for as many different sets and sports as you want.
Of course, once you register, you forget about it.
At least I did, until I got this card and letter in the mail today from Upper Deck...
Dear Collector,

Congratulations! We are pleased to advise you that your Method of Free Entry request from 2013 Upper Deck Football is a winning entry. Accordingly, we have enclosed a card from that set. We hope collector's like you will continue to support Upper Deck products for many years to come.

Please check our website at http://sports.upperdeck.com/npn for more chances to enter. 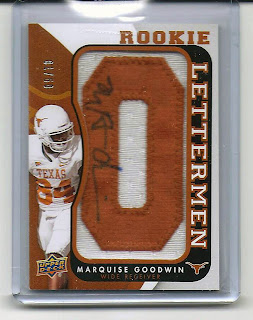 Again, just WOW!
I know I've heard some of the horror stories about Upper Deck's Customer Service Deparment, but this is totally amazing, in that the NPN program actually works.
Without a doubt, I'll be entering again...early and often.
Posted by Comatoad at 1:28 PM 1 comment: 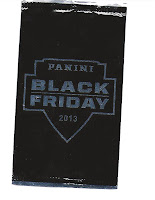 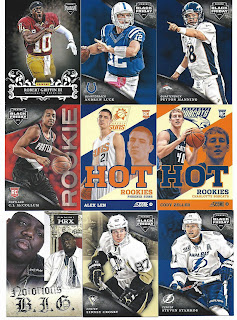 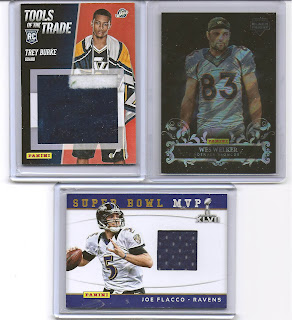 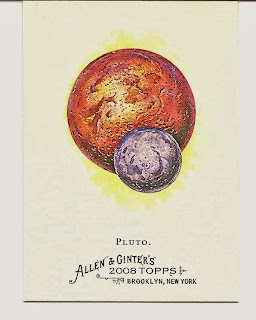 Have you ever wondered how Pluto lost its official planetary status and became relegated to a "minor" planet.
Let's just say,  it involved Barry Bonds and a ball that's out of this world.
Check out the following video to find out.....

If you can't open the video, it can be opened on YouTube at http://youtu.be/eUhp8YpZQ_E
100%
(Blogger's note: Again, this is part of Nacho Grande's blogging contest. Be sure to vote for comatoad at fanofreds.blogspot.com )

Posted by Comatoad at 6:47 PM No comments:


I want to start out tonight's blog by thanking all the veterans out there for their service. Did you know less than 1 percent of the American population has worn a military uniform?

Here's me as a 2nd Class Radioman on my first Westpac in 1980. The second photo is getting ready for my Iraq deployment in 2010. Gotta love those ballistic goggles. 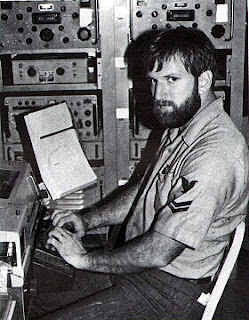 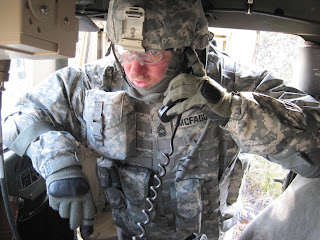 Ok, on to recent E-Bay pick-ups. 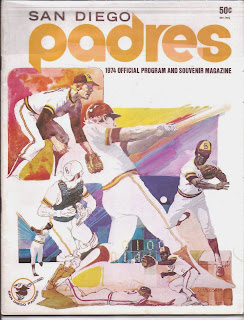 Ok, as most of you know, I collect everything and anything Padres. So, when I had the opportunity to pick up this 1974 San Diego vs. Los Angeles Dodgers program, I jumped at it. It's a very interesting read. While the cover is very slick and exciting, the inside consists of typewritten pages and just a few features. It's totally different from what the teams provide in this day and age. Although, I think you'd be rather hard pressed to pick up a program for 50 cents at your local ballpark -- even at the Class A level.
﻿ 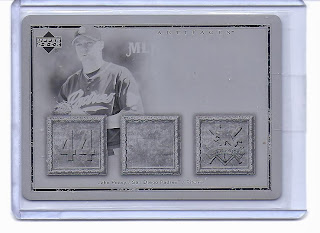 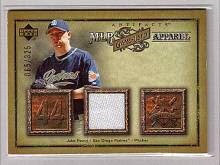 My other great pick-up was a 1/1 printing plate of of a 2006 Artifacts Jake Peavy Printing Plate. Below is what the the actual printed card would look like. I was pretty excited. While I have collected a few printing plates already, this is the first Peavy plate I've received.
By the way, if you haven't done so yet, be sure to go to www.fanofreds.bologspot.com to vote for me in the Nachos Grande blogging contest. I'm Comatoad, in Group P. You can read my blog entry in my previous post.
Again, thanks to all of the veterans out there. Semper Fi and Hooah!
Posted by Comatoad at 8:41 PM 2 comments: 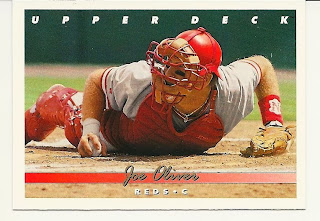 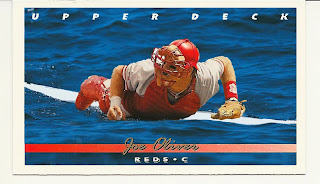 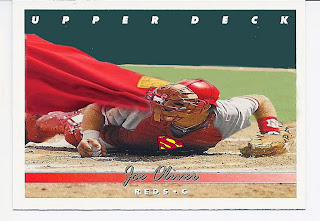 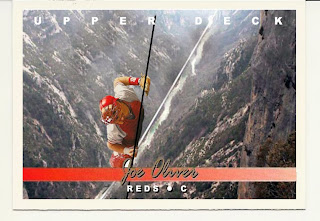 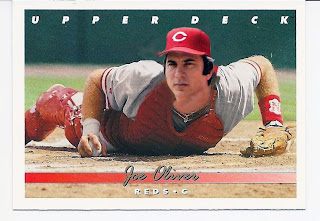