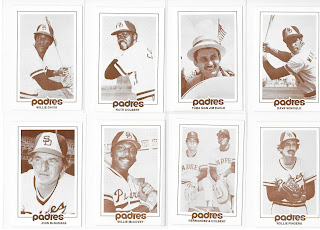 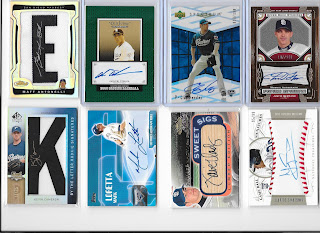 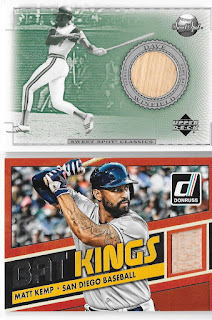 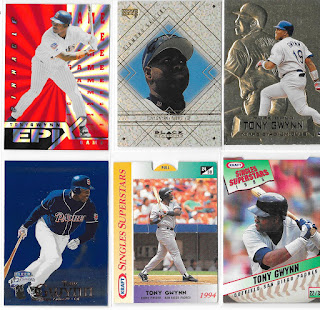 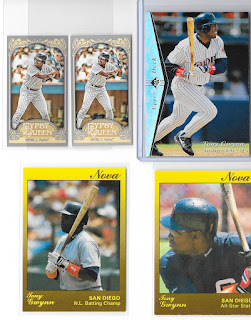 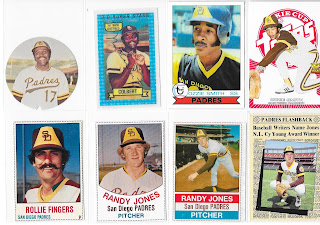 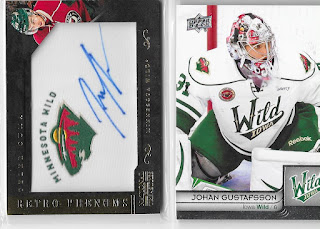 And I'll conclude with my lone pair of hockey cards. We're Iowa Wild season ticket holders and we've seen both of these players play for the Iowa affiliate. First off is the Panini National Treasures Retro Phenoms Autographs Tyler Cuma (#RPTC1) and a 2014-15 Upper Deck AHL Box Set Johan Gustafsson (#39). Gustafsson elected to return to Sweden this year, so Iowa had to turn to new goalies this year. Cuma is also playing overseas, serving as a D-man with Vienna's Graz 99ers of the Austrian Hockey League
Posted by Comatoad at 10:07 AM 1 comment: