Even though there's three weeks to go until the start of the 2016 regular baseball season, the San Diego Padres released their 2016 promotional schedule quite some time ago. Once again, they're featuring "Baseball Night in San Diego" as part of their Saturday home games, which include a plethora of Padres giveaways, some great, some good, some ok and some, just "meh."

Actually, this year we hope to return to San Diego again as part of our wedding anniversary. The last time we were there, was during Christmas 2011. We took the oppportunity to visit some old friends, old haunts and celebrated the Yutetime season sans Iowa cold and snow.
We usually enjoy going during the September – October timeframe, after the tourists are generally gone. We also try to get in at least one Padres game during our visit, so there may be a freebie or two we may get to enjoy during our trip. 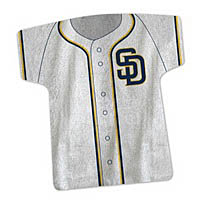 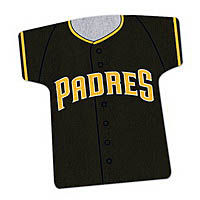 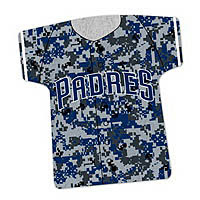 This year's giveaways begin with the Opening Series Rally Towels, sponsored by Sycuan Casino. These towels, given out during each night of the initial series against the Los Angeles Dodgers, resemble game jerseys, with the first night featuring a white “jersey” towel, a familiar brown and yellow jersey towel for the second night and the new Navy Camouflage towel on the third.

The giveaways end Sat., Sept. 24 (San Francisco Giants) as the Padres close out their home baseball season with a Padres Team Photo and 2017 Schedule, courtesy of the Mighty 1090 radio station. As a matter of fact, there will be a total of four different fireworks nights this season, as well as a lazer light show. 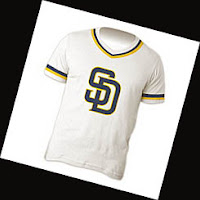 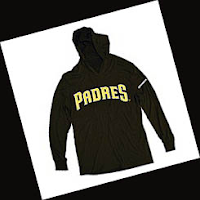 In between, there’s a whole mess of other Padres goodies to look forward to. As for clothing, on Sat., April 23 (St. Louis Cardinals), Mission Federal Credit Union is giving away a Tyson Ross Jersey T-shirt. On Sat., May 7 (New York Mets), Toyota is giving out a black Padres Hoodie. The final clothing freebie is a Throwback Jersey being offered on Sat., Aug. 6 (Philadelphia Phillies), sponsored by Fanatics. 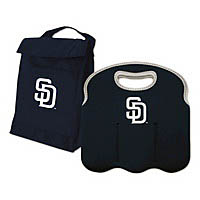 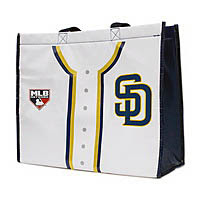 On Sat., Aug. 20 (Arizona Diamondbacks) fans will actually have a better option than the current presidential election process – namely, a fan’s choice of a Back-to-School San Diego Lunch Bag, or a Back-to-Tailgating Sand Diego Bottle Holder. As far as reusable bags go, that’s yet another giveaway, this one coming on Sat., May 22 (Los Angeles Dodgers), with the issuing of an MLB Network Reusable Bag. However you look at it, it still appears to be a tote bag to me. 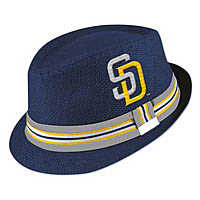