The final set I picked up from those Black Friday sales, was the 1976 SSPC Padres team set. 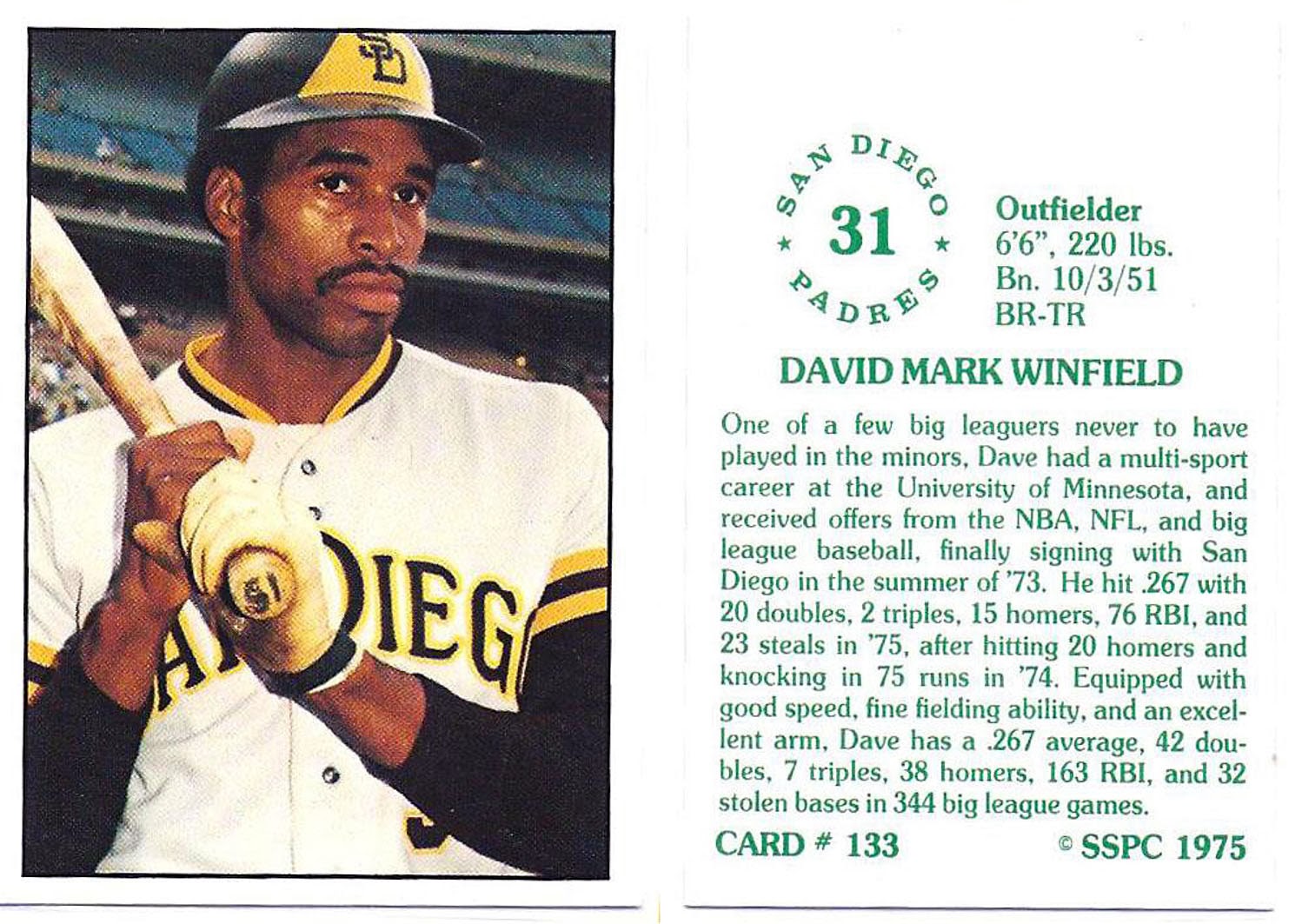 The actual 660-card set, published in 1976 by Sports Stars Publishing Co., was patterned after the 1953 Bowman release. The cards feature a player's borderless color photo on the front, while the backs contain the player's team and card number, as well as his statistics and bio. Even though the cards have a 1975 SSPC copyright, they weren't actually released until 1976.

Despite the fact he didn't have an MLB license, since Topps had the exclusive rights to baseball cards at that time, Mike Aronstein, who published Collector's Quarterly magazine (edited, incidentally, by Keith Olbermann), released the set, complete with all MLB team logos and uniforms. His Winter 1975 issue of Collector's Quarterly contained a two-page insert previewing 18 cards from the set.

He planned to sell these sets through the mail, for $9.99 (plus $1 shipping/handling), and the team sets in stores. However, it wasn't long before Topps flexed its corporate muscle and took him to court. Aronstein then had to cease and desist from further printing and advertising of his SSPC cards. He was able to continue selling those sets and team packs that were already printed, and that's what's floating out on the market today.

Here's a few more Pares from the set, which includes P Randy Jones (he would go on to win the Cy Young Award for the Padres that year, going 22-14, with a 2.74 ERA), RP Daniel Frisella (who I think looks quite a bit like my younger brother) and C Randy Hundley (father to C Todd Hundley, but no relation to current Padres catcher Nick).

Looking at the Padres pictures, I tried to compare their backgrounds with Jack Murphy Stadium. However, I read that most of the pictures for this set were taken at New York stadiums by freelance photographers. That can explain the different backgrounds within the set.