Time for a little housekeeping and to play catch-up with the great cards I've been receiving through the mail over the past week or so.

Last month, I posted a 2013 Panini Prizm box break I purchased during the Black Friday sales at one of my local cardshops. I received a Manny Machado Autographs and Rookie Autographs redemption card and redeemed it as soon as I found it. Panini has been great with its weekly updates on its website about what redemption cards were being released each week. I also received an e-mail from the company telling me the card was in the mail, so I had ample warning it was on its way. On Saturday, I received this card in the mail from the Panini Redemption Center. Not too shabby, other than the "MM" scratching that passes for Machado's autograph. Regardless, it's a sharp looking card.

The AAA Iowa Cubs are the only pro game we have in town, and we always try to catch a few games each year. Especially when the Padres' AAA team is in town (now, the El Paso Chihuahua's, ick!). In any case, I received a package from long-suffering Cub fan Tom at the Waiting Unitl Next Year blog earlier in the week after sharing a bunch of I-Cubs programs and Big Cubbie cards with him. 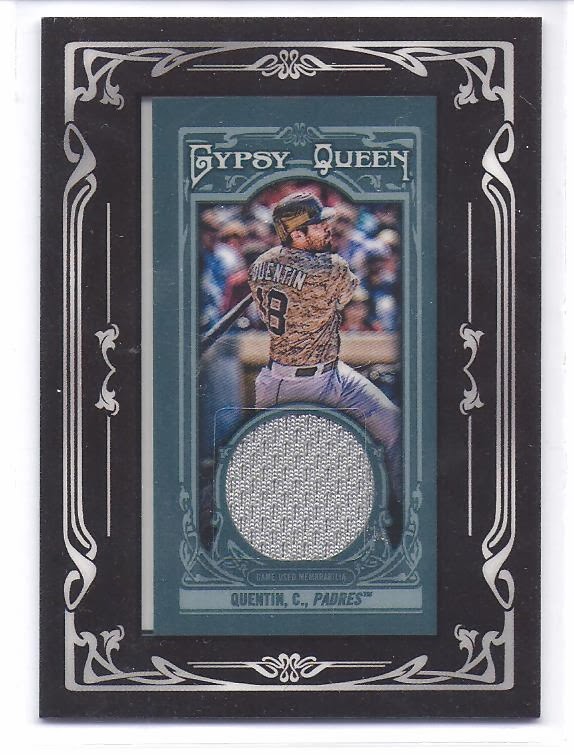 Among the rather nice cards Tom enclosed, was a 2013 Topps Gypsy Queen Framed Mini Relic Carlos Quentin, with the Padres OF sporting San Diego's Sunday afternoon cammo uniform. You can almost smell the Hodads burgers and picture the Marine Corps Recruit Depot Marines sitting in the right field stands.

He also sent along these 1993 Topps Gold cards of Tony Gwynn, Fred McGriff and Gary Sheffield. This was the second year Topps releases a "Gold" version, with the Topps logo and nameplate in gold.
I also received a package from the inimitable Mark Fujimoto of The Chronicles of Fuji blog. A fan of the Oakland Athletics, San Jose Sharks, and of course, the San Padres, he also writes one bitchin' blog. 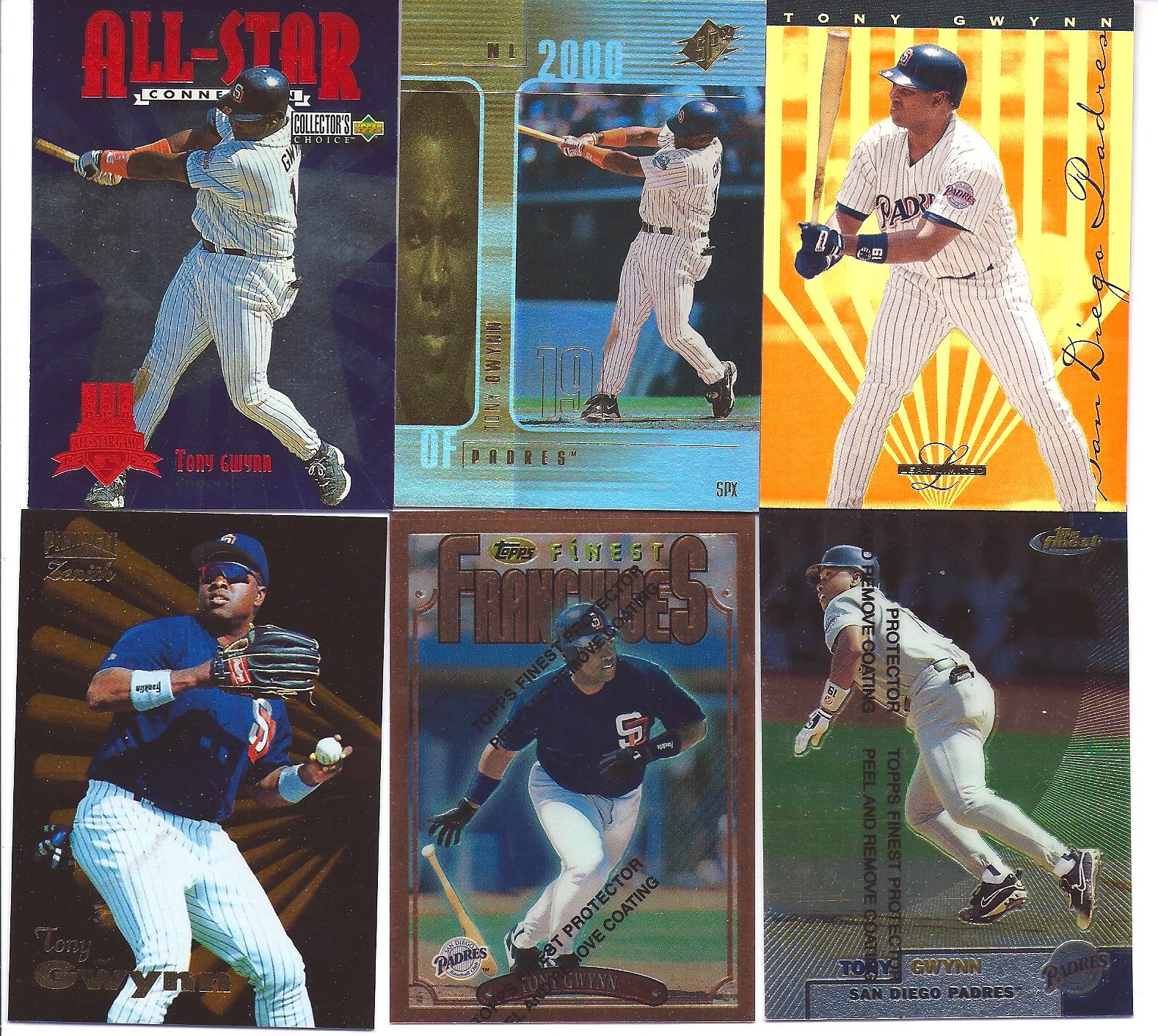 Not only did he send me a sweet bundle of Tony Gwynn goodies, he also sent me his own autographed collector's card. 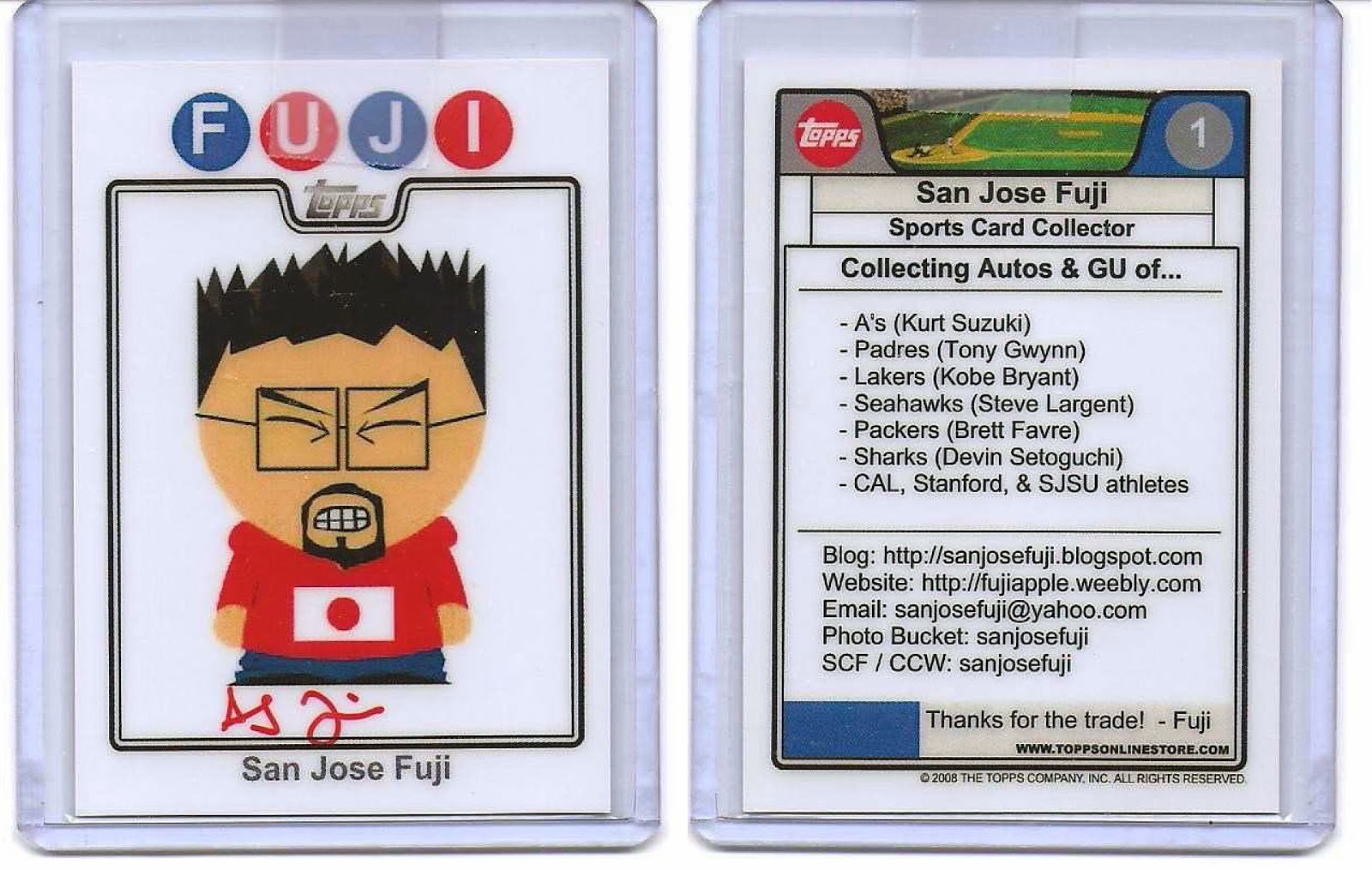 Now, this is one sweet card and one heck of a great idea. I would love to produce one of these babies myself, with my "Comatoad" logo on it. Just a really, really great card from a great blogging buddy.
Keep those cards and letters coming!
Posted by Comatoad at 12:58 PM