While I’m not a huge San Diego Tribune fan (I do follow my Padres through them, though), there is one facet of the paper I’m definitely going to miss. 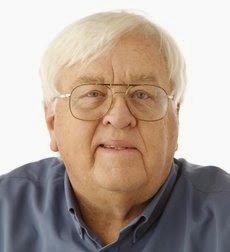 Besides his great Padres articles, he provides an insightful two-hour chat every Friday.


Friday’s chat began, “I'd like to start today's chat by saying thank you to every last one of you. Since we started doing the chats in 2008, these two hours each Friday have been some of my favorite times. For the moment, the chats and some other things will continue. Officially, this is my last day with the U-T . . . ending an official 47-year run. Again, thank you.”


I loved these Friday afternoon chats and actually began following them about two years ago. They usually began about 2 p.m. San Diego time (4 p.m. Iowa time) and I’d follow them at work. If I wasn’t able to catch it on Friday, you can always go back and catch the transcripts of it.


I think I even had one of my questions answered, about the Padres catching situation with Hundley and Rivera and the inevitability of Grandal’s return.


Where else can you gain such tidbits of knowledge and first-hand experience about our beloved Pares? Especially from such a font of knowledge.


After joining the San Diego Union staff in 1967, Center began his Padres coverage in 1983, serving as the team’s number two writer from 1906 until he became the lead Padres writer midway through the 2009 season.


“I must admit I am a Padres fan,” Center said. “I once sold popcorn, ice cream and sodas while walking the stands as a concessionaire at Westgate Park. I don't regret a minute.”


Thanks for a great career, Bill. Hopefully the Tribune will let him continue these chats for many more years to come.
Posted by Comatoad at 1:16 PM