This month's Urbandale American Legion card show was rather ho-hum, to say the least. There were probably about three of the regular dealers who were missing, and a first - I don't think there were any tables with dime boxes. Unfortunately, I didn't have a great amount of time in which to look to be totally sure of that fact.
Due to time constraints, I had only an hour to shop. I'm a track and field official, and we had our officials training for April's Drake Relays set up for that afternoon. It was originally scheduled two weeks ago, but a rather nasty winter snowstorm forced cancellation. There are other track meets I work, but the Relays are always special, due to the world-class athletes we always attract.
Like my wife joked, God forbid I'd miss the monthly card show.
Trying to shop smartly, however, I did find some nice Padres cards within the many 25-cent boxes found at most of the dealers' tables. One dealer had a $1 per card box marked down to four-for-a-dollar. Through these, I was able to find a few Padres bargains, as well as pick up some nice Jedd Gyorko cards. 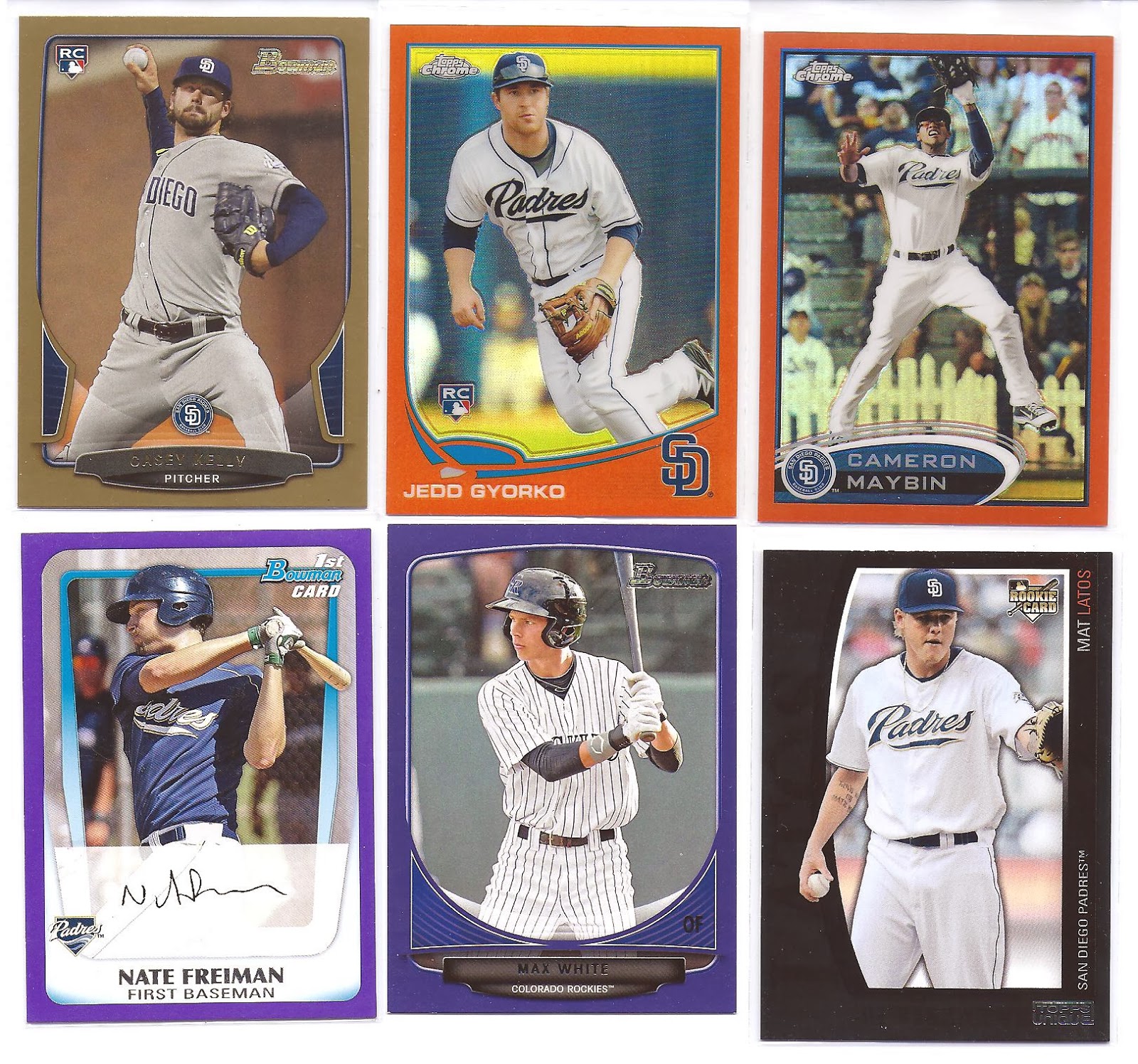 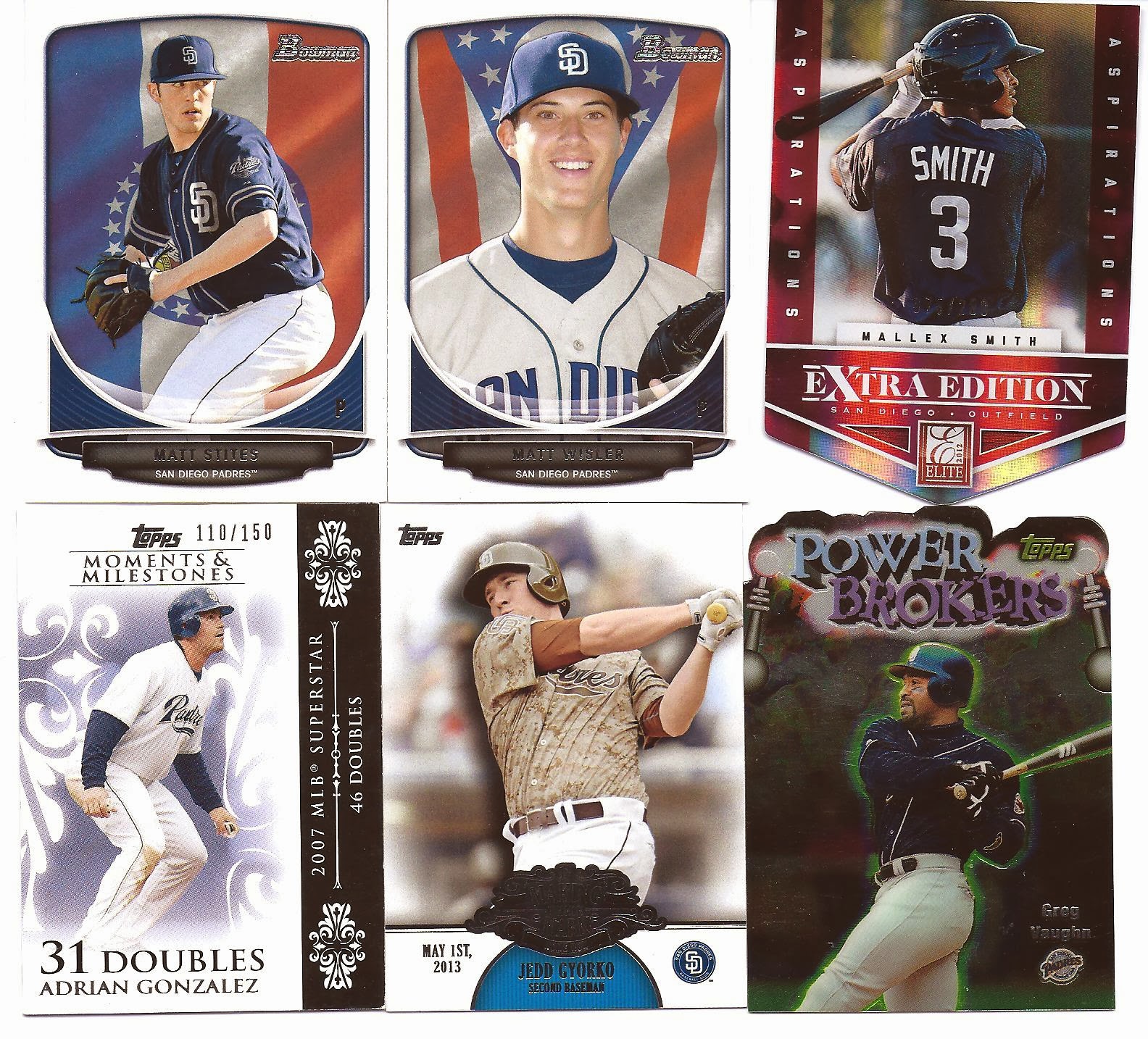 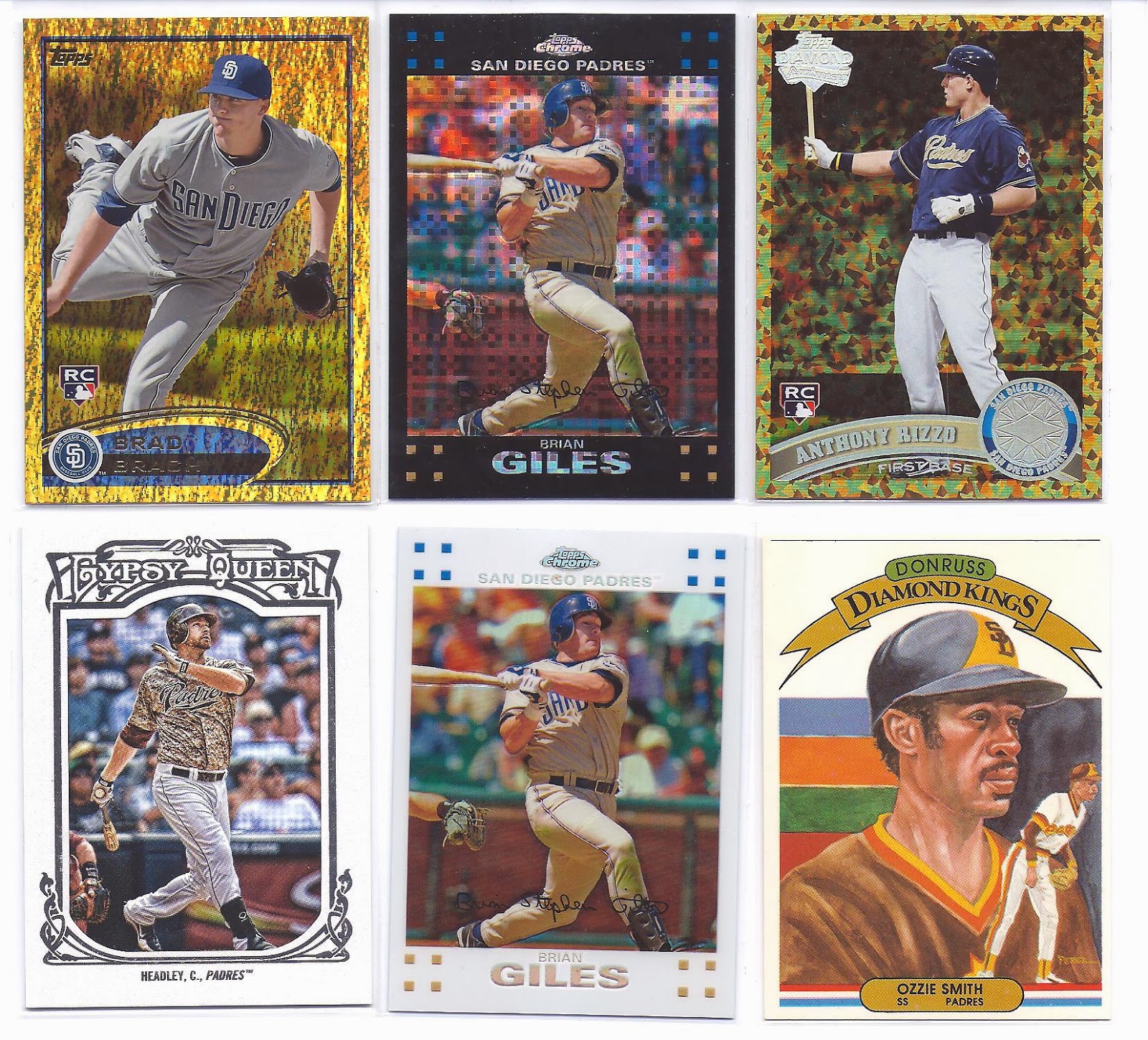 Lastly, I was able to find a 2013 Topps Chrome Rookie Autographs Jedd Gyorko at a very nice price. These 2007 Fleer Crowning Achievement cards of Greg Maddux and Trevor Hoffman were the first I've seen of these, and I must say I rather like them.

By the way, did you know that "If a javelin breaks during the throw, or in the air, it shall not count as a trail and a replacement throw shall be awarded."

I am so ready for spring, spring weather and track and field season.
Posted by Comatoad at 8:40 AM