While I personally feel it's better to give than to receive, I did get a couple of nice thank you gifts in the mail this past week. These have been largely a result of my sending Christmas cards with sports cards to my fellow bloggers over the holiday season.
According to the personal note I received from Chris, over at Nachos Grande, "Thanks for the Christmas card and the LEGO mini figure! It was a fun surprise and I ended up with one of my most wanted﻿ figures. I found a couple of Padres for you..."
While I'm glad I was able to help Chris with his Lego collection, it was fun picking out specific baseball and hockey cards (as well as a bobblehead) for my blogging "family" over the Christmas holidays. I was just taking part in what I believe is the true spirit of Christmas.

But back to Chris. Among the goodies he sent, was this 1997 Collector's Choice Jason Thompson with its ubiquitous surfboard (so far, I've found three Padres cards with surfboards on them. In fact, when Mark Kotsay retired, one of his parting gifts from the Padres was, you guessed it, a surfboard). Also included was this pair of Tony Gwynn cards, his 1998 Sports Illustrated and 1995 Collector's Choice cards. While it's always nice to see Gwynn prowling the outfield at Jack Murphy (he was a five-time golden glove winner, after all), it was at the plate where he truly excelled, as evidenced by his sweet swing on the Collector's Choice card. 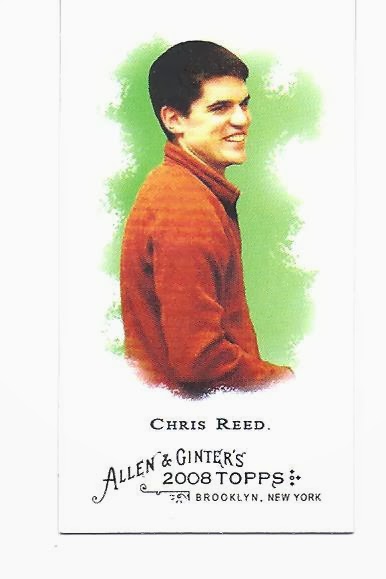 In the spirit of Fuji at The Chronicles of Fuji, Chris added a custom card that a buddy of his made for him. I really need to get me one of these custom cards with my little toad on it. Hey, it could happen.

I also received a nice stack of cards from Bill at Thorzul will Rule.

Include in his package was a 2010 Lance Zawadzki Topps Chrome Rookie Autographs, a 2013 Carlos Quentin Topps Gold S/N 767/2013, and a 1995 Homer Bush SP Top Prospects. Even though Bush had the opportunity to play football at Missouri, the 2B Homer (what a great first name) was a seventh round pick by San Diego in 1991. Despite earning minor league player of the year honors for the Padres organization (1993 at Low A Waterloo), Bush never played a game for the parent club. He was traded to the Yankees in 1977, along with P Hideki Irabu, for OF Ruben Rivera and P Rafael Medina. Bush would earn a World Series ring with the Yanks, and later played with the Blue Jays and Marlins. 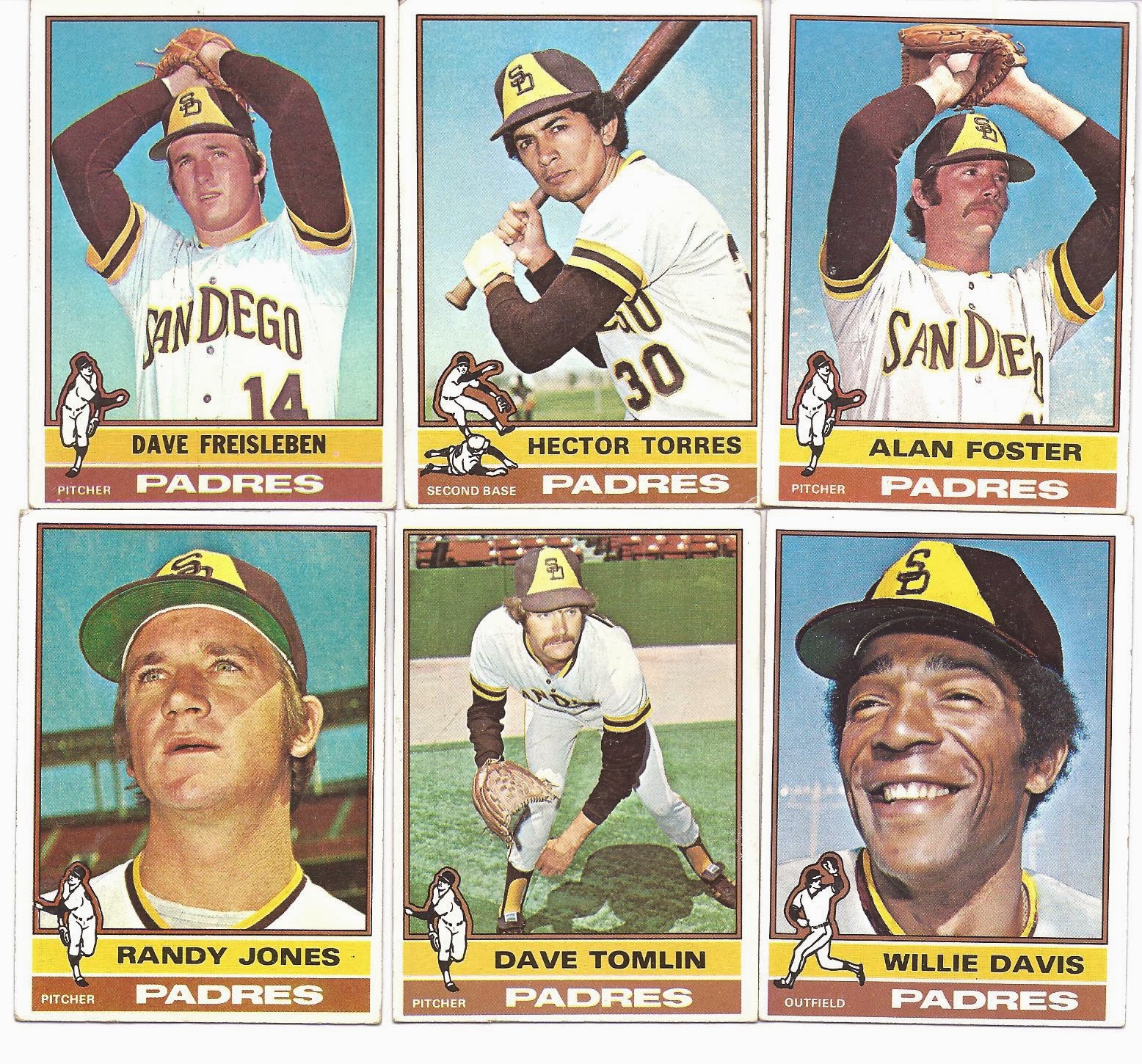 And how about some sweet early Padres, circa 1976 Topps -- P Dave Freisleben, 2B Hector Torres, P Alan Foster, P Randy Jones, P Dave Tomlin and OF Wilie Davis.
While I want to thank everyone who's sent me some rather nice thank you gifts as a result of their Christmas cards, it's really not necessary. I would, however, like to see a few more of my blogging brethren continue this custom during the next Christmas season,
I did participate in a blogger Secret Santa,  and it was indeed a hoot, but I really had the most fun in picking out specific cards and gifts for my fellow bloggers, and it's been great reading your reactions once you received your card.
Next holiday season, remember, it's better to give, than to receive. Especially when it comes to Christmas cards. Let's start a new tradition.
Posted by Comatoad at 12:40 PM