When we lived in San Diego, one of the players I really enjoyed watching play was pitcher Randy Jones.
A fifth-round pick of the 1972 draft out of Chapman University in Orange County, Calif., Jones won the 1976 Cy Young Award, with a 22-14 record and a 2.74 ERA, while pitching 316 innings and 25 complete games. The California native is still the Padres’ leader in innings pitched (1,765), starts (253), complete games (71) and shutouts (18).
He was named to the National League All-Star team in 1975 and 1976, recording a save in 1975 at Milwaukee’s Count Stadium and was the starting and winning pitcher in the 1976 contest at Philly’s Veterans Stadium.
In December 1980, he was traded to the New York Mets for Jose Moreno and John Pacella. Jones pitched his final game on Sept. 7, 1982, throwing 2.1 innings while giving up two earned runs in the Met’s 9-2 loss at Pittsburgh.
On May 9, 1997, Jones’ #35 became the second Friars number (following Steve Garvey’s #6) to be retired by the San Diego organization.

Today, Jones is often seen at PETCO Park, where he runs his popular Randy Jones Barbecue. Even though I've been to PETCO a few times, I've never had the opportunity to try his BBQ. I have heard its quite tasty, however.
Which leads to  yet another interesting group of San Diego Padres collectibles I've found - Randy Jones discs. 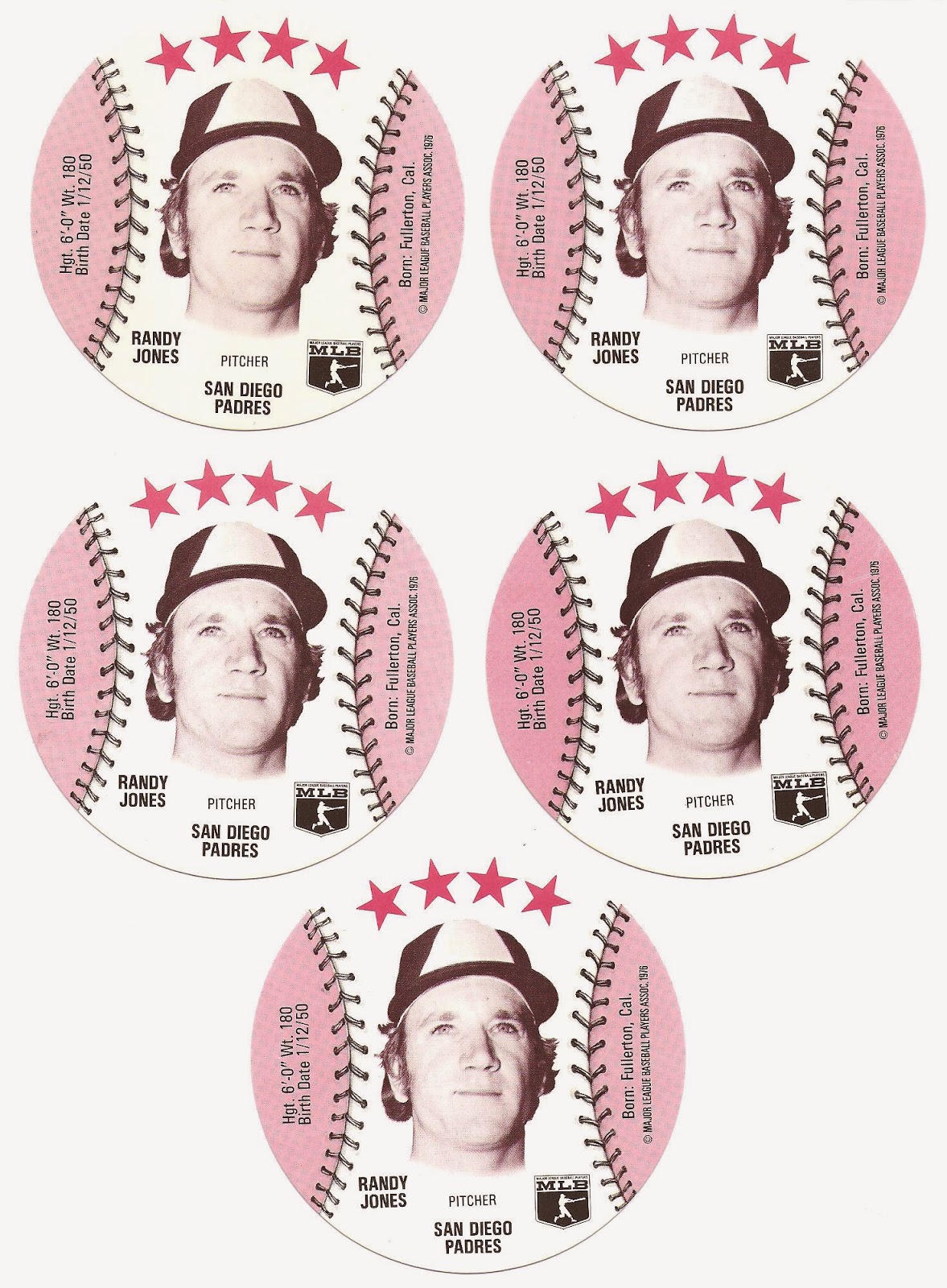 While the disc fronts look all the same, the backs are all quite different, representing a wealth of snacks featuring the Padres hurler. 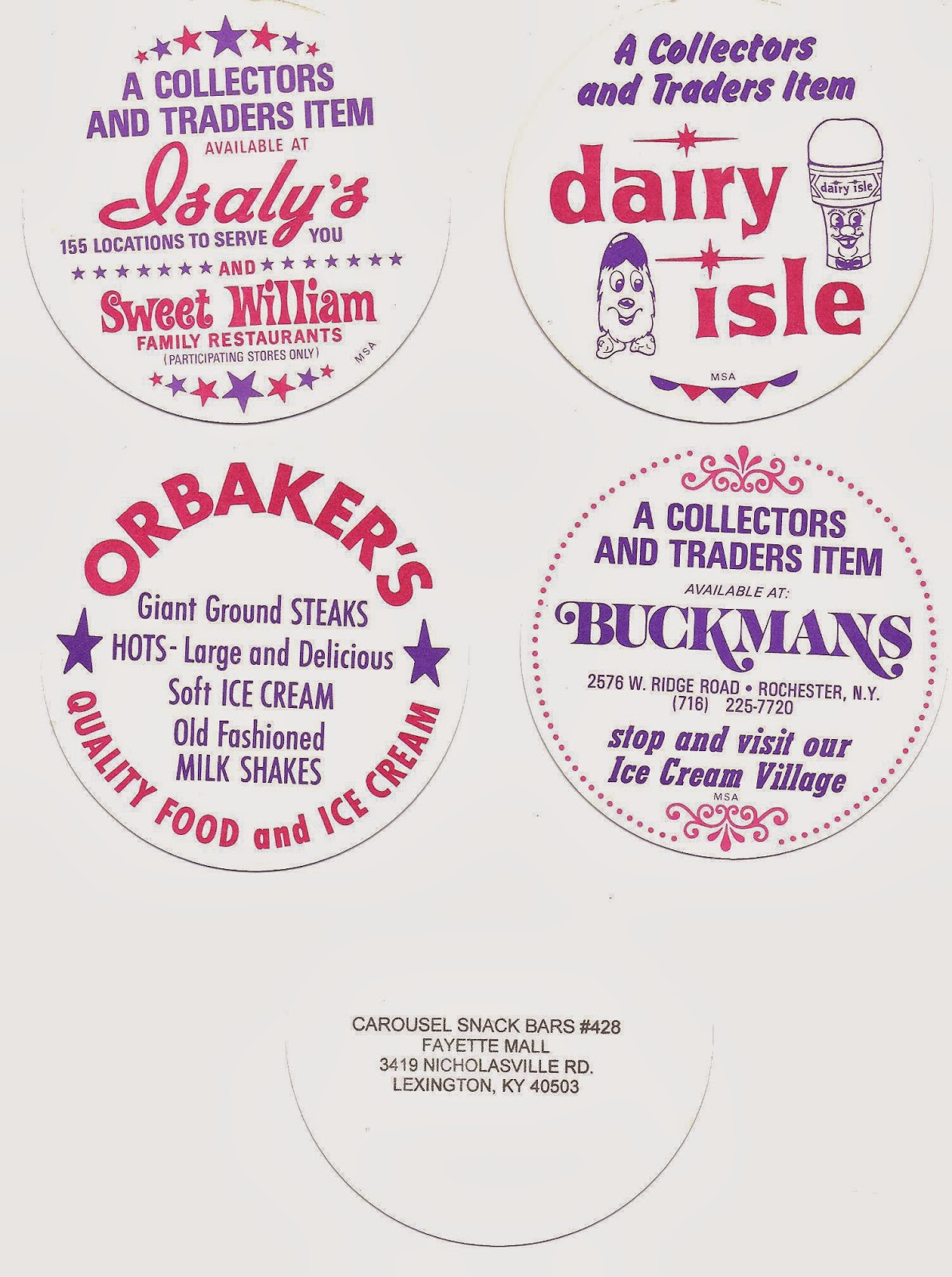 Isaly’s was a chain of family-owned dairies and restaurants which began in Mansfield, Ohio and rapidly spread throughout the Midwest until the mid-70's. Dairy Isle was another Ohio-based ice cream chain, this one in Wooster. Orbakers was a drive-in located in Williamson, N.Y., and best known for "serving extraordinary food and ice cream since 1932."  Buckman's is another ice cream shop and bakery located in Rochester, N.Y. The final disc was a blankback, but it's been stamped with information for Lexington, Ky.'s Carousel Snack Bar at the Fayette Mall.

Not to be outdone, here are three more Randy Jones discs. 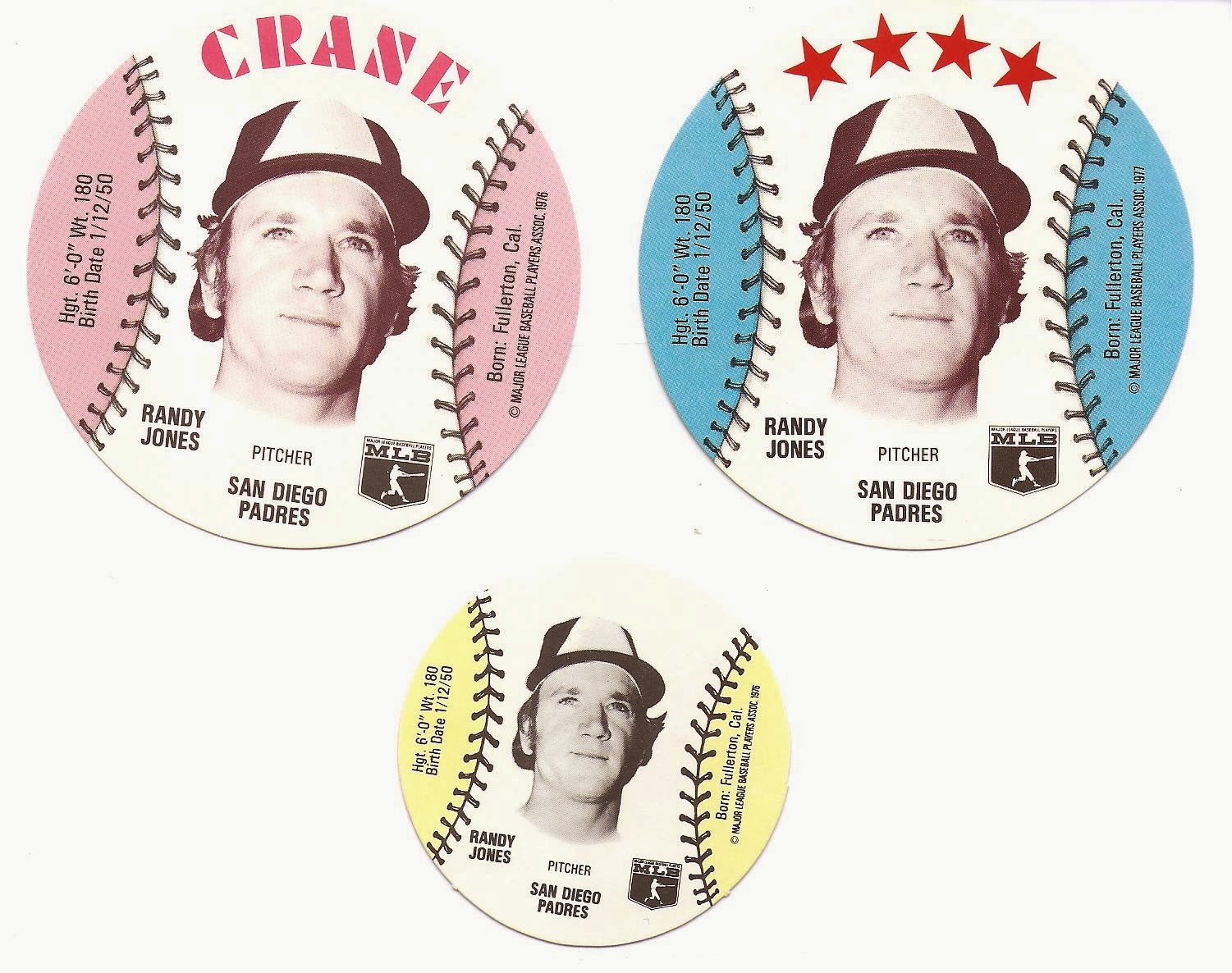 Crane Potato Chips of Decatur, Ill. (Crane released a 77-disc baseball set that year), Zip'z and the 1978-79 Wiffle Sports Spectacular (one disc included inside each wiffle ball box, 188 discs in the set). 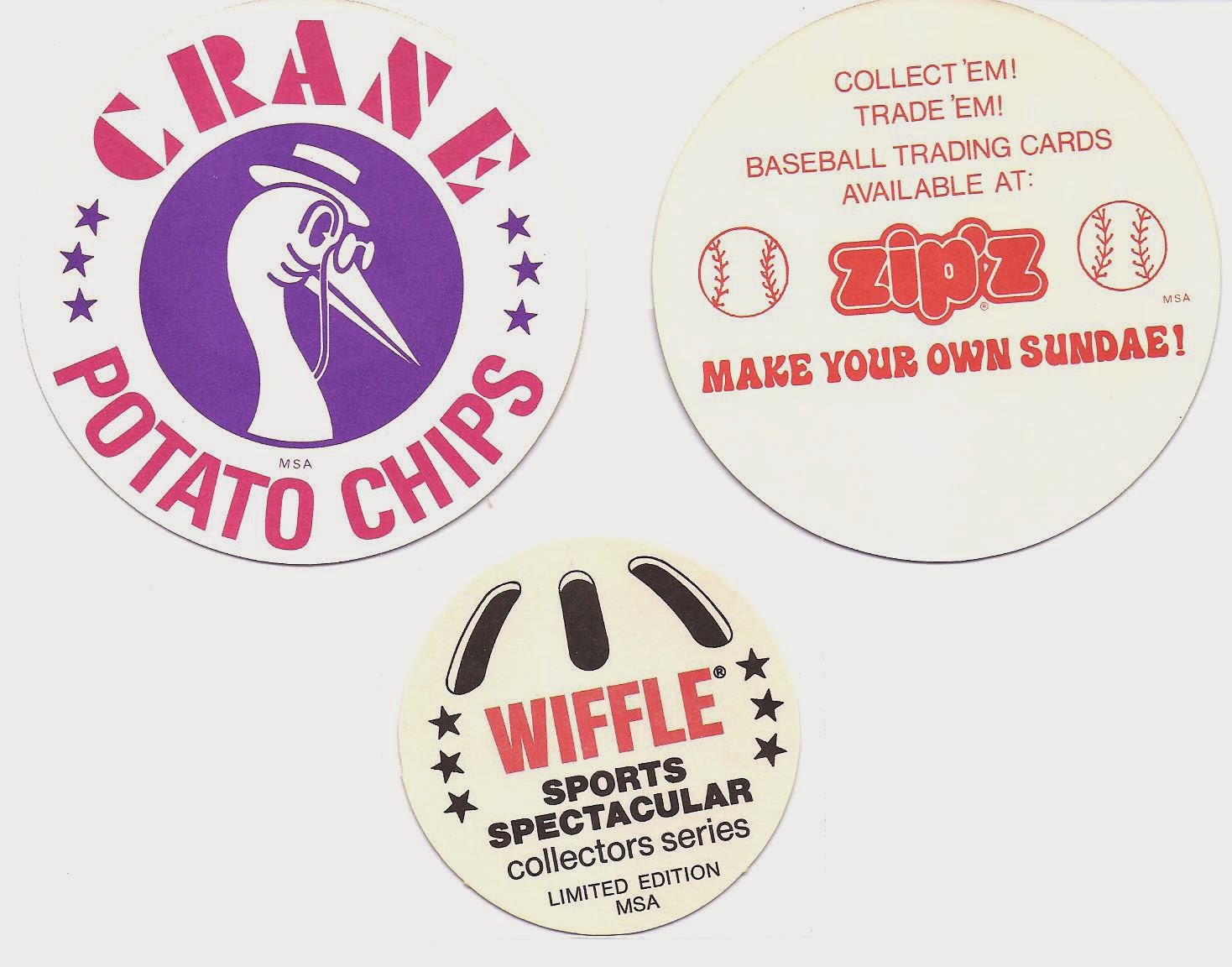