Remember those Iowa Energy shorts I won a few weeks ago at a D-League basketball game? Selling them on E-Bay enabled me to add a whole mess of Padres cards to my collection, thanks to my buddie, Ralph.
Of the 60 cards I got from Ralph, 12 were game-used memorabilia. Even though I'm not a huge fan of game-used (I'd much rather take an auto over a game-used card any day, as an auto is a much more personal investment from the player), I'll take them. As an avid Padres collector, it's an actual card of my beloved Padres and how can I not like that. 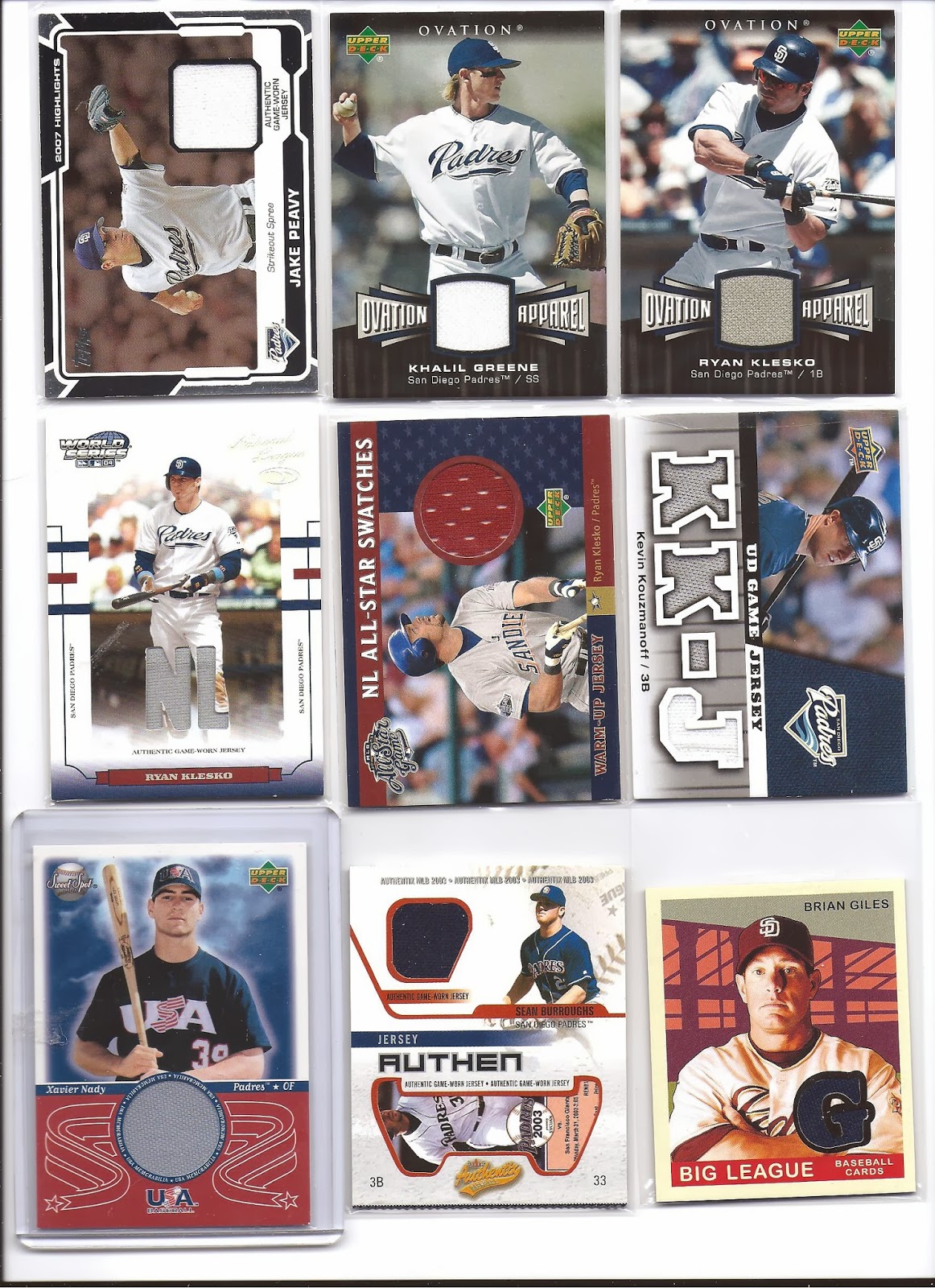 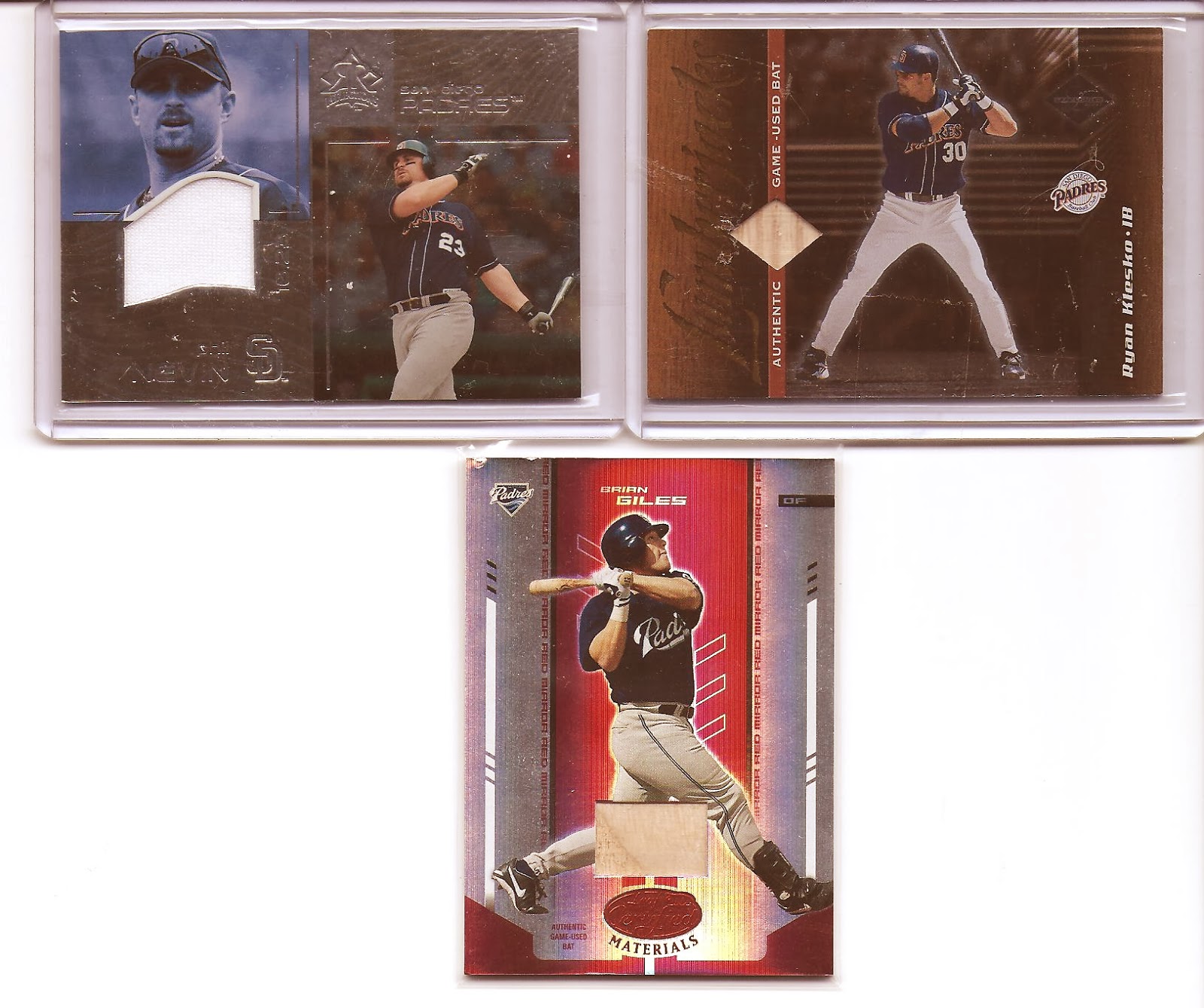 Once I sent Ralph his payment, I couldn't wait to actually have these cards in my grubby little hands. How can you not like getting 60 cards of autos, refractors and game used for about 60 cents apiece. I'm going to have to hit him up again later in the season to see what new Padres may be lurking within his lists.
Posted by Comatoad at 12:35 PM