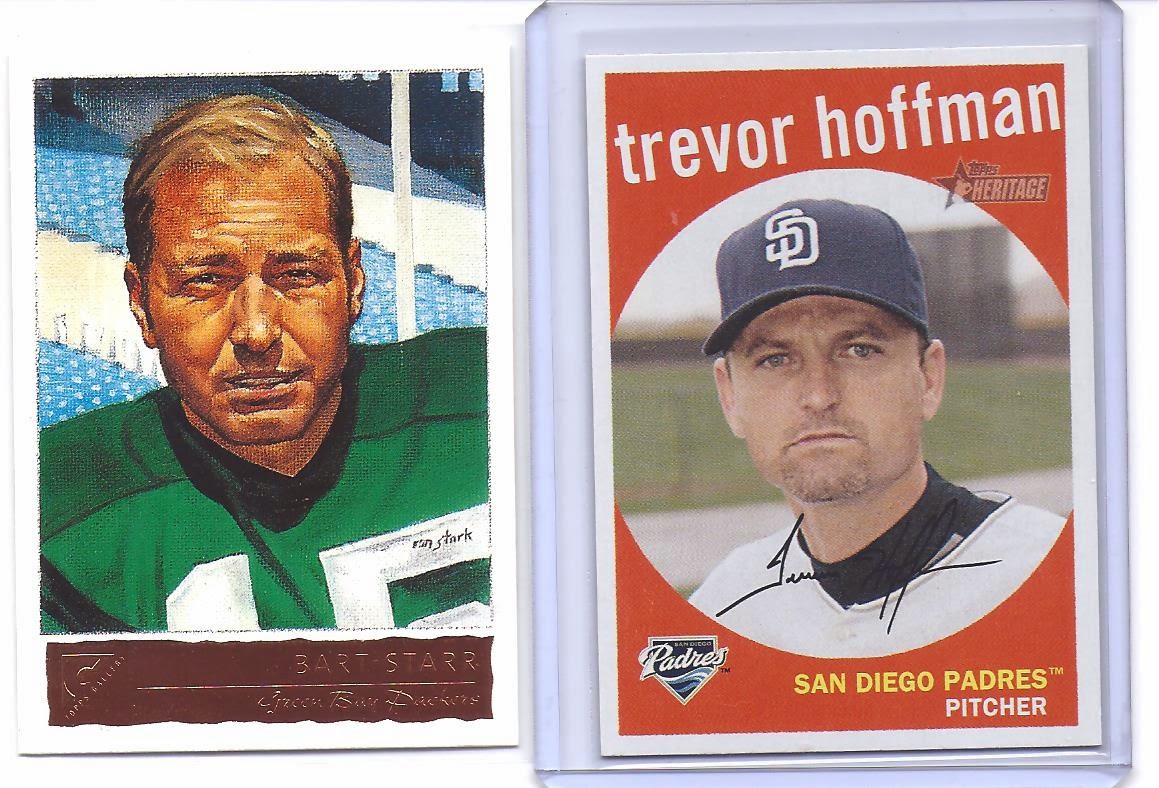 Hockey is my only other card collecting vice. And yes, I am a hockey geek - we have season tickets for the Iowa Wild, help out as goal judge or statistician at Iowa State Club hockey games and I still occasionally play roller hockey. The first card, the 1993 Classic Pro Hockey Prospects Autograph Dmitri Kvartalnov S/N 3387/4000 combines my love for San Diego with my passion for hockey. We used to watch the Mariners play in the old World Hockey Association (WHA) at the San Diego Sports Arena, but have yet to catch a Gulls game. Once a semi-pro team, the Gulls are now a junior hockey team playing at the Ice Plex in Escondido.
My other hockey cards include a 2011-12 Panini Contenders Jonathan Toews, 2010-11 Zenith Crease is the Word Corey Crawford, and a 1996 Zenith Champion Salute Joe Sakic. I started collecting the Zenith cards about six months ago and already have half the set, including the hard-to-find Mario Lemieux card.
﻿
Posted by Comatoad at 6:00 AM