Over the holidays I was most happy to sell a pair of Black Friday Panini football and a Trey Martin basketball card I accumulated from my Black Friday sale packs. I was even happier to use that money to acquire three unique Padres team sets I've had my eye on for some time.

Wrapped in cellophane, these cards were given away at a Padres home game in 1984. That same year, by the way, just happened to coincide with Smokey the Bear's 40th birthday.

The full set consists of 28 full-color, 2 -1/2" x 3-1/2" cards. Smokey the Bear is pictured with someone involved with the Padres, and Smokey's portrait and the California and U.S. Forestry Service logos are printed along the bottom border. The featured person's name is spaced out in capital letters just above the photo.

Being a safety set, the backs offer a fire prevention tip, as well as brief bio information ans stats. 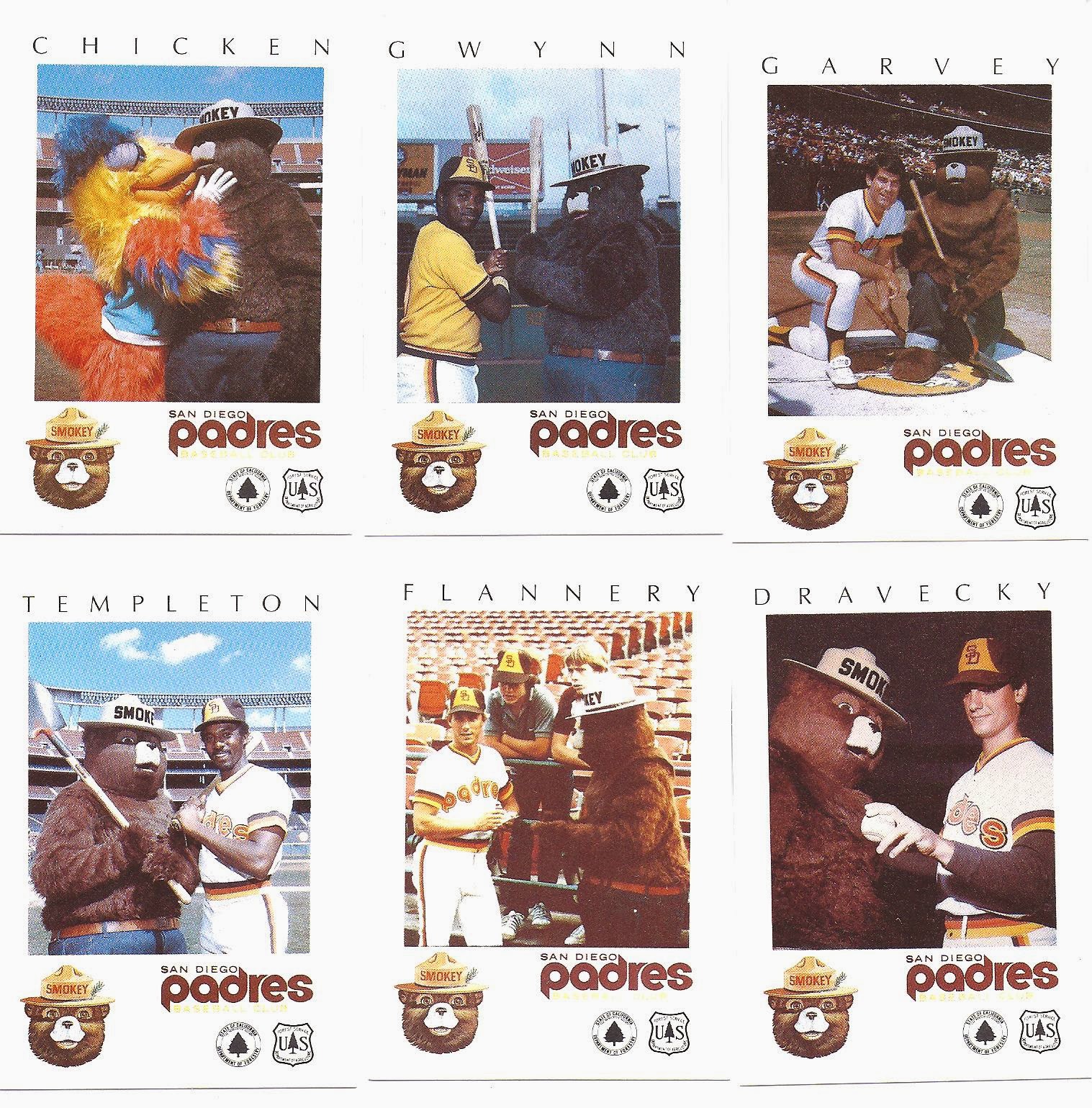 From left to right, are the Chicken (which is a great addition to my San Diego Chicken/Famous Chicken collection), Tony Gwynn, Steve Garvey (am I on a roll with Garvey cards, or what), Garry Templeton, Tim Flannery and Dave Dravecky.
One thing that makes this set utterly unique is the wide range of players, personnel, management and other folk, which are included. Where else can you find a card set featuring Hall of Fame umpire Doug Harvey, the San Diego Chicken and Padres announcers Jerry Coleman and Dave Campbell? 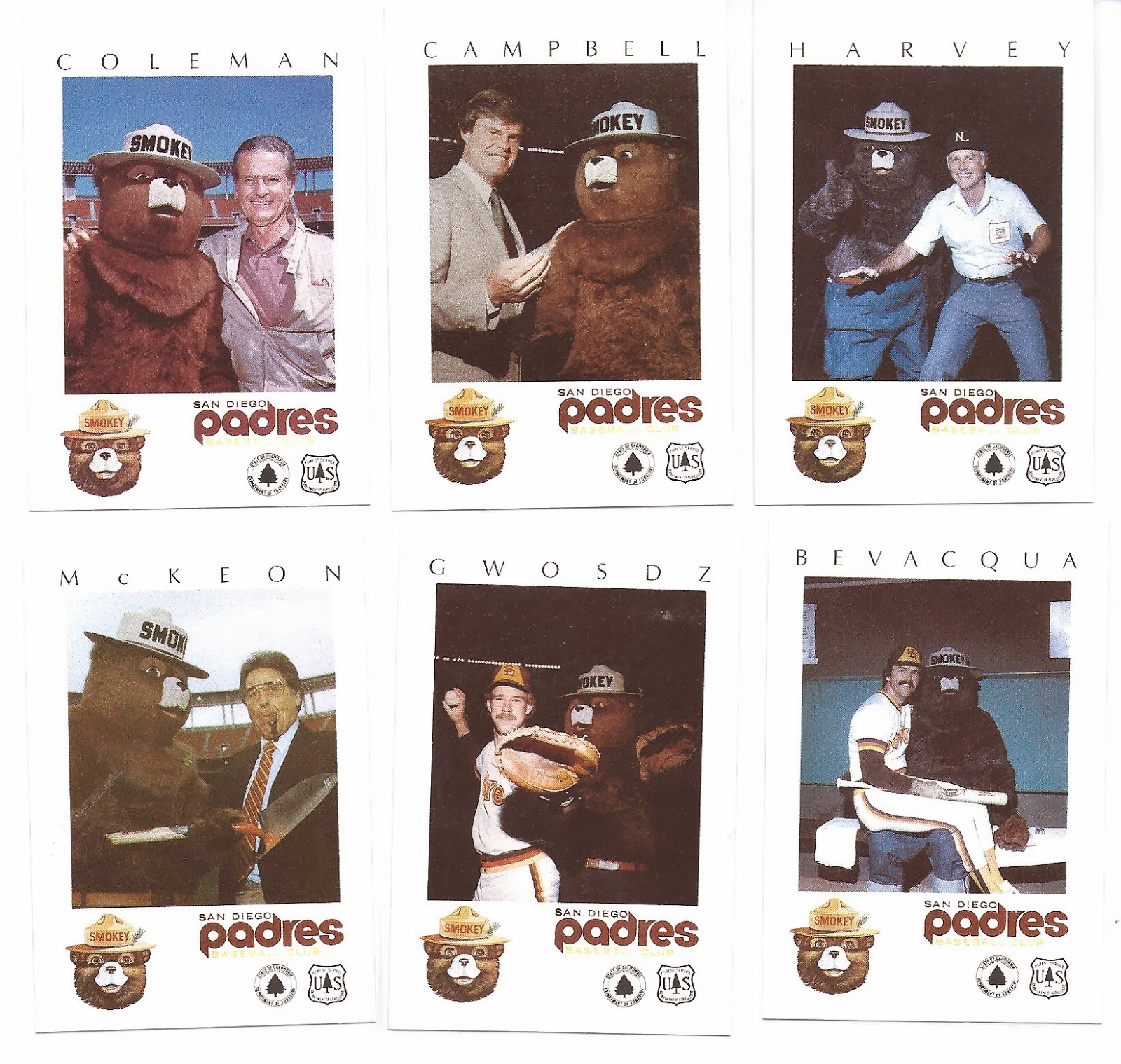 Like many of you, I do have one goal for 2014, and that's to be more consistent in selling off some of the other cards I've amassed over the years, so I can better satisfy my Padres addiction. Like my wife says, "We'll see how that works out."
Posted by Comatoad at 8:07 AM