A couple of recent packages and thank yous

I know I've been rather remiss in posting all the goodies I got recently at the Urbandale American Legion card show. However, both of you are going to have to wait a wee bit longer for me to finish getting them organized so I can post them.
In the meantime, here's a couple of packages I've found in the mail the past week or so.
The first package on display, was from Greg, over at Waiting 'til Next Year. He said he sent the following three cards as "Just an attempt to even the score a bit." Totally unnecessary, by the way, but very much appreciated.

My other package was from Greg, over at Night Owl Cards. "Don't know if these random Pads are of any use, but jut wanted to say, 'Thanks.'" 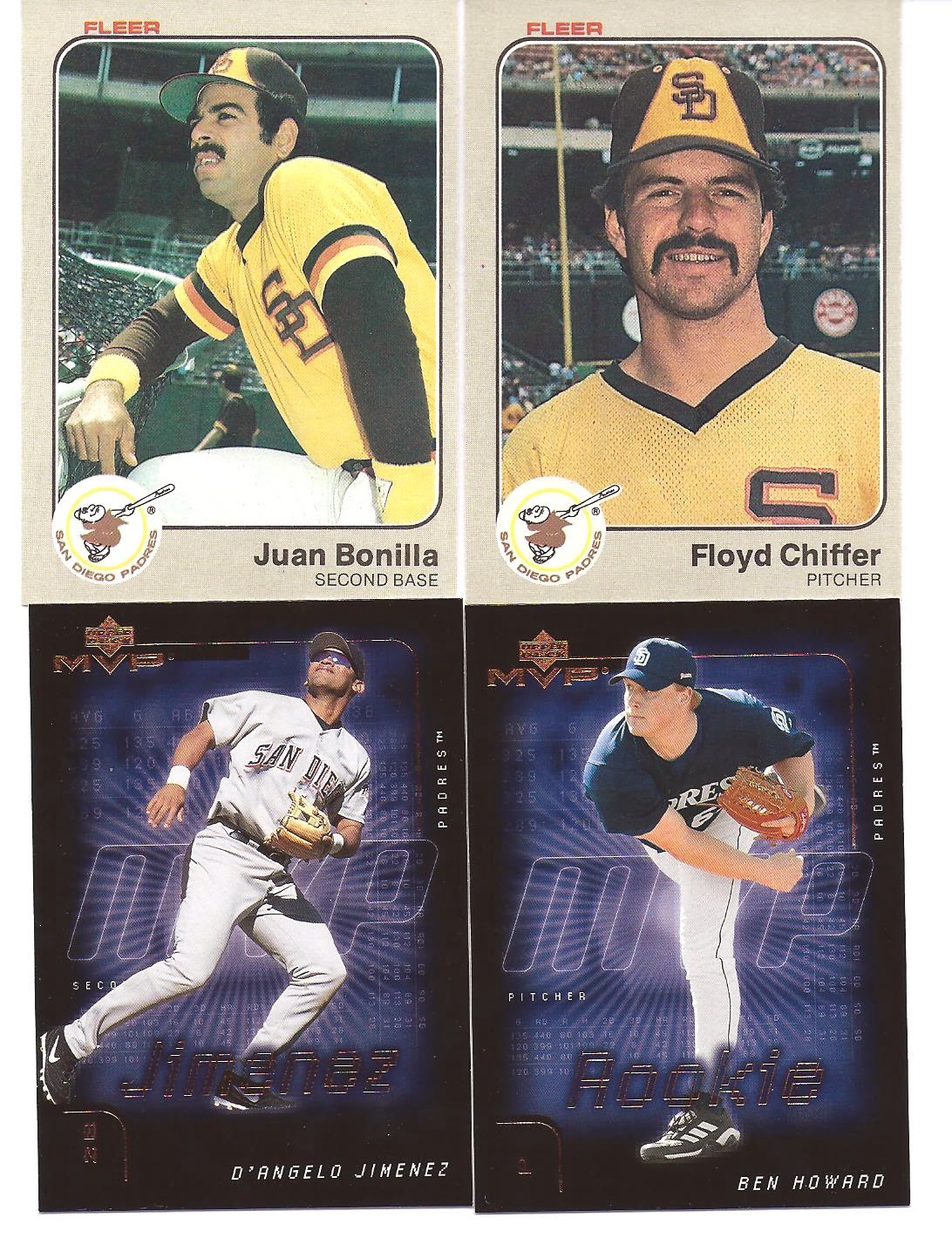 Oh yeah, I was able to stash more than a few of those cards into my Padres collection. Cards such as these 1983 Fleer Juan Bonilla and Floyd Chiffer, and a pair of 2002 Upper Deck MVP D'Angelo Jiminez and Ben Howard cards. 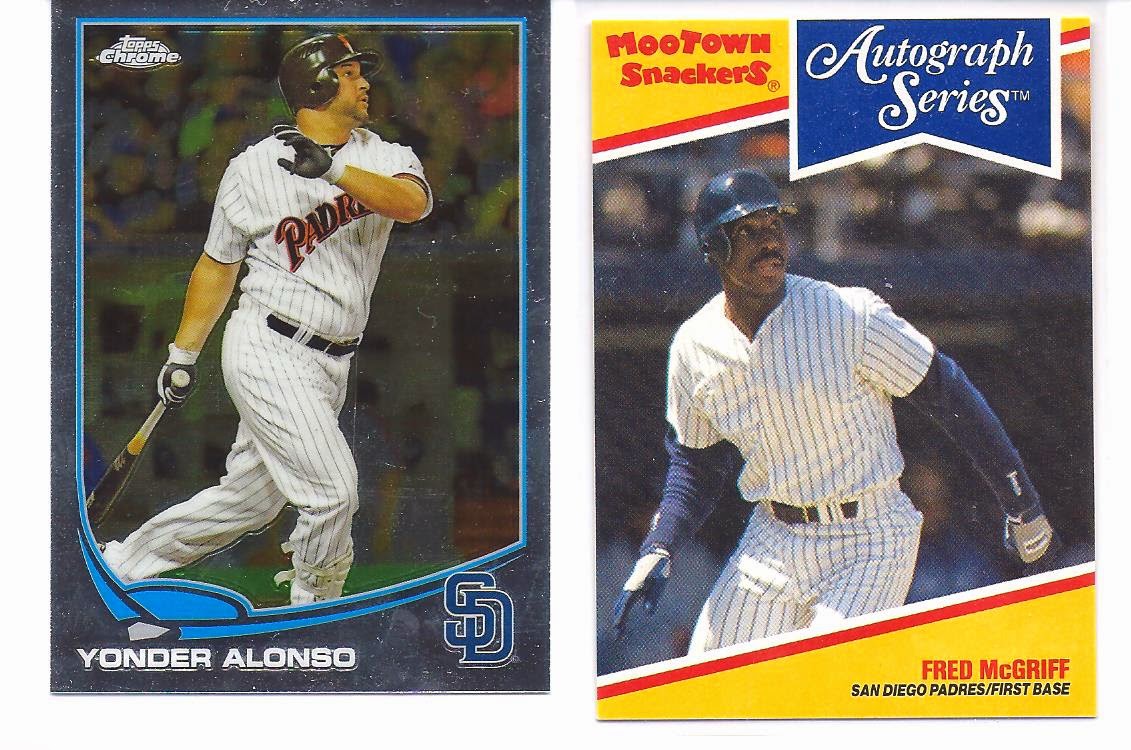 Who doesn't like a nice, shiney 2013 Topps Chrome Yonder Alonso, or a 1992 MooTown Snackers Fred McGriff. This is the first time I've seen these Mootown Snackers cards, and I have to admit I like them. Produced as a 24-card standard-size set by MSA (Michael Schechter Associates) for MooTown Snackers, they were actually inserted inside cheese snacks. While there was a mail-in offer to get the complete set, it's reported that cards with mail-in tabs are worth more than those without. Fred McGriff was the only Padres player to represent in this set.
Ok. Enough with the excuses. I promise, my next post will be all the goodies from the card show.
Really. I promise!
Posted by Comatoad at 8:26 PM