Ok, I know I've been teasing everyone about last weekends card show, so now's the time to put up or shut up, right?

The pickings were generally ripe, as I found the majority of this month's cards at a table with six, 5-cent card boxes (which also included some hockey). When I was finally able to pull myself away from his table, I found yet another nickel box. However, this one featured 25-cards for $1. Three hours after first arriving at the card show, I finally pushed myself away from the tables and made my way home.

While I found a plethora of Padres cards, the other great news is I also found a whole mess of traders, so some of my blogging brethren shouldn't be too surprised to see a package in their mailbox in the next few weeks.

Today, I'll begin with some 2010 Donruss Elite Extra Edition cards. Most collectors have a love/hate relationship with Panini, due to its A) Lack of a MLB license; B) Air-brushing of uniforms; or C) Lack of logos (you check in the box). As for me, other than Panini Prizm, I'm not a huge Panini fan. I feel, this "Donruss" set is about as far removed from the original Donruss cards as you can go.

But yet, What can I say? They are after all Padres, so they have a warm place within my collection. Other than the Donruss Packs I opened last week out of curiousity, I sincerely doubt I'll be buying any Panini packs - I'll just be buying the occasional Padre as I come across them.

I also found some 2010 Donruss Elite Extra Edition cards of Connor Powers, Zach Cates, Edinson Rincon and Jonathan Galvez. While picturing them in their college uniforms is one way to get around MLB logos, would you be able to tell they were Padres without "San Diego" at the bottom? Of these four, Connors played at Lake Elsinore last season; Cates, a third round 2010 pick, was traded to the Cubs along with Anthony Rizzo; Rincon is now with the Royals and Galvez pitched at Tucson last season. 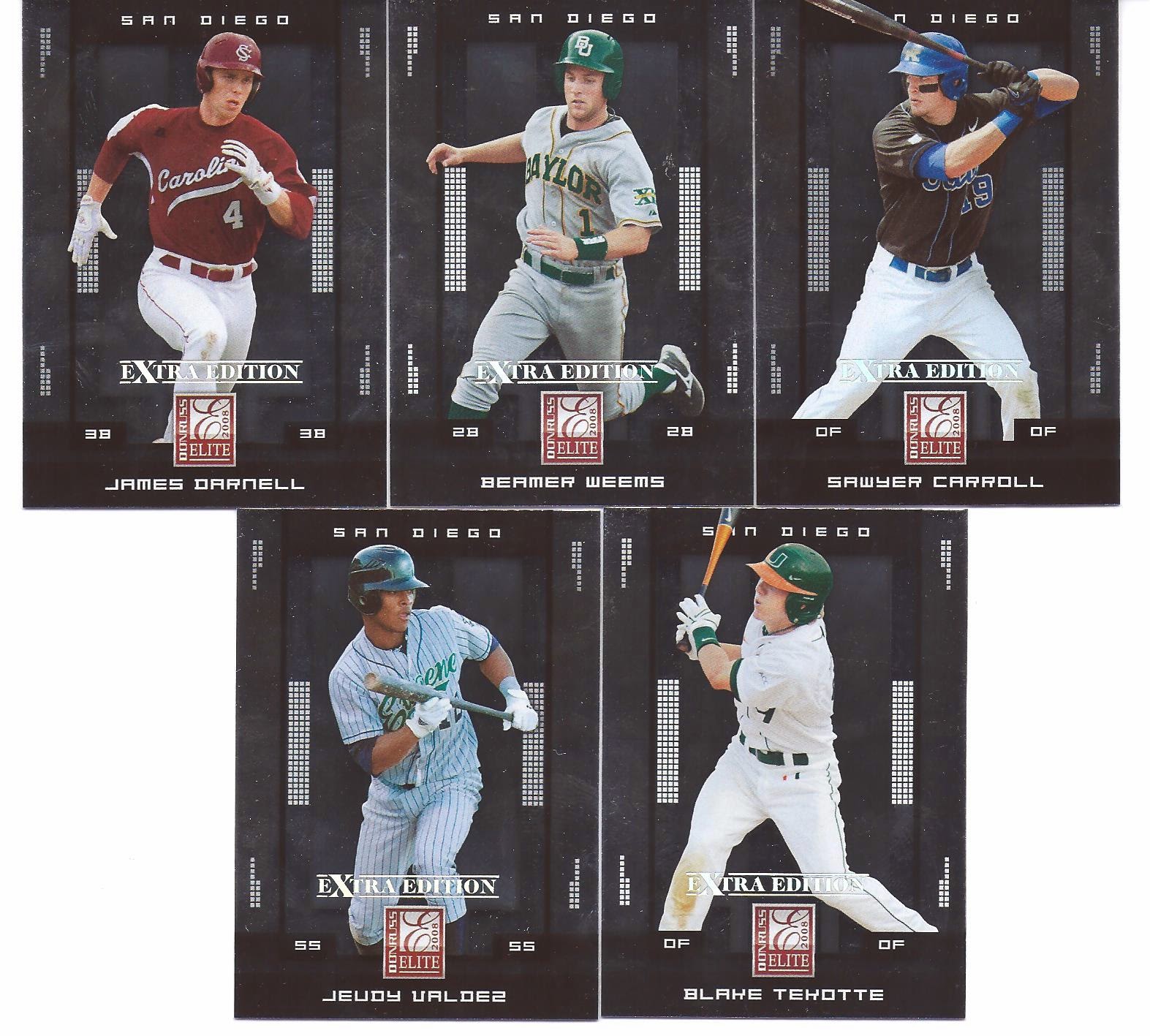 From the 2008 Donruss Elite Extra Edition set, I found James Darnell, Beamer Weems, Sawyer Carroll, Jeudy Valdez and  Blake Tekotte. Of this group, only Weems and Carroll played with the AAA Pads - Darnell is with the Rays, Valez is a Cub and Tekotte is a White Stocking. 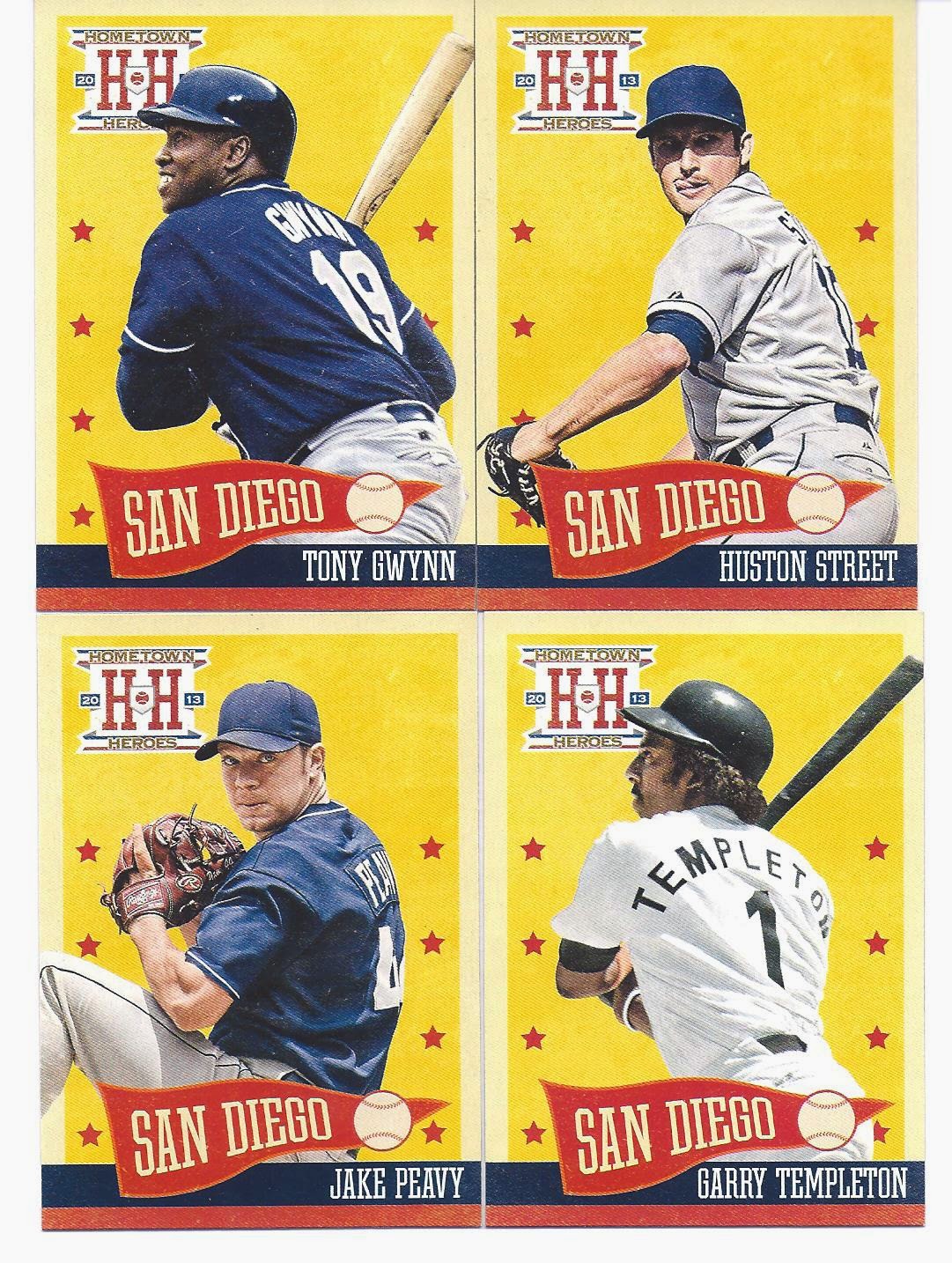