For whatever reason, I was thinking today was the monthly Urbandale American Legion card show. I was totally stoked for it and had a whole shopping list of cards I was hoping to find for some of my fellow bloggers.

However, I guess they weren't kidding when they say we're supposed to "Spring forward." I discovered this once I drove by the Legion and there were no cars in the parking light and the "Card Show Today" sign wasn't posted up front. It turns out the card show isn't actually until next Sunday.

It wasn't a total loss, however, as I received another package of goodies in the mail Saturday, thanks to those Iowa Energy shorts. I was once again able to pick and choose from a large selection of cards posted on one of my trading websites.

This time, I found a near complete set of the 2013 Topps minis. These are just like the 2013 regular issue Topps cards, only smaller. 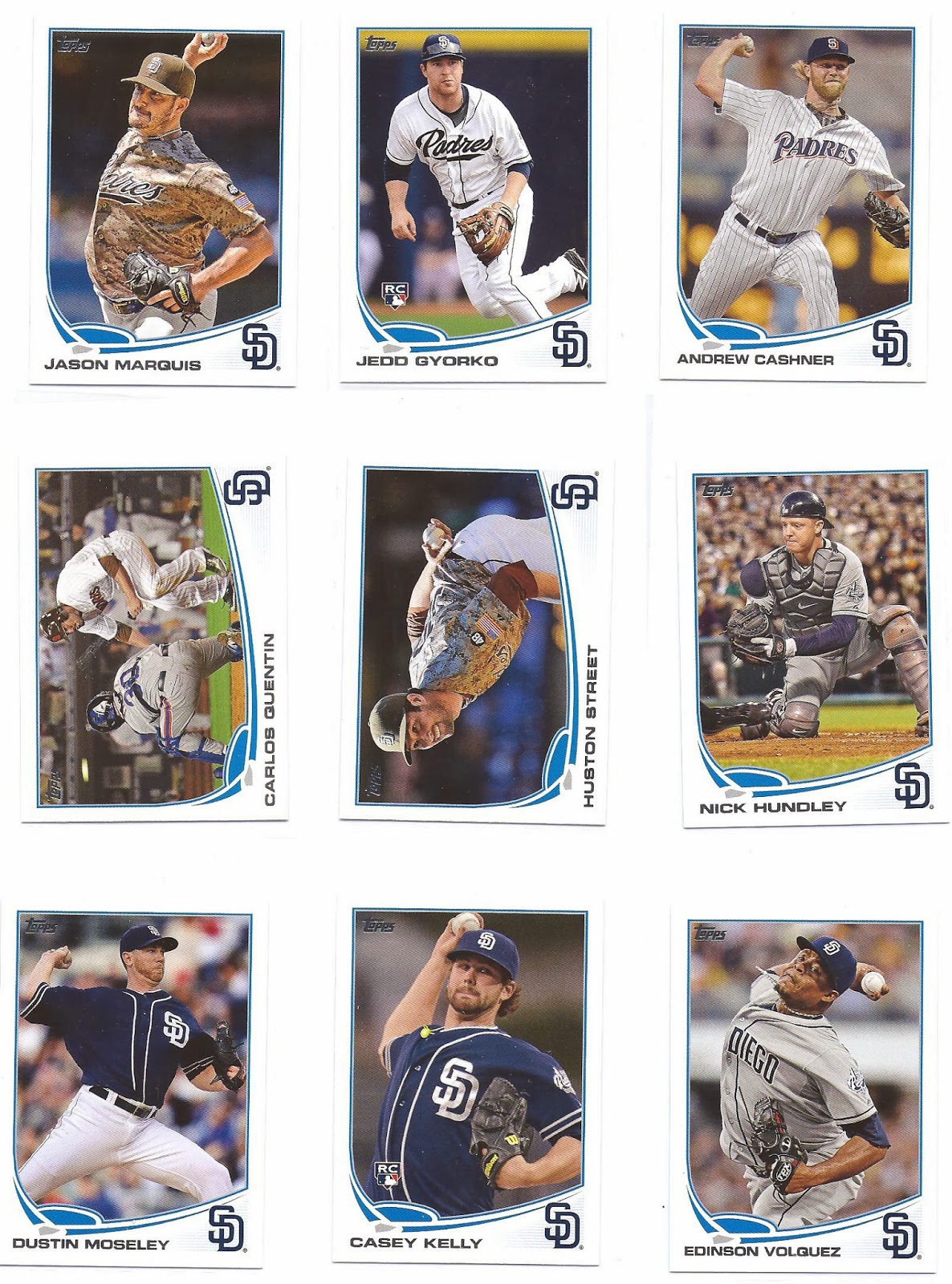 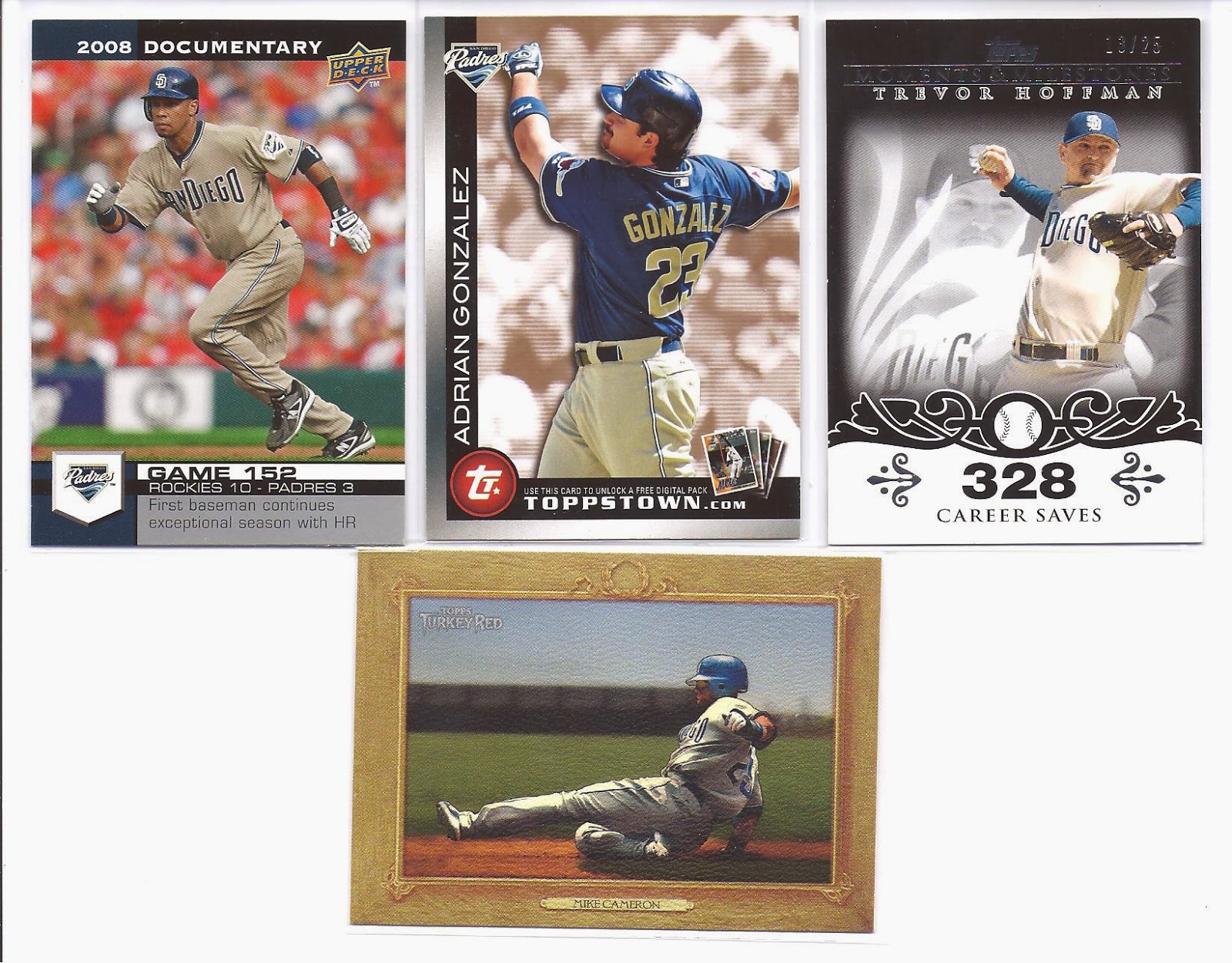 I was also able to find a few new cards for my collection, to include this 2008 Upper Deck Documentary Jody Gerult, 2010 Topps Topps Town Gold Adrian Gonzalez, 2008 Topps Moments and Milestones Black Trevor Hoffman S/N 13/25, 2007 Topps Turkey Red Mike Camerson.
If  you're interested in collecting all of those 2008 Topps Moments and Milestons Black Hoffman cards, you better make some room - There's 524 cards - one for each of Hoffman's career saves, and each one serial-numbered to 25.
I know I'm wanting to post more often as I begin my second year of "Bleedin' Brown and Gold," but I'm going to be out of town and away from my collection until Thursday. Hopefully, I can sate my card lust while I'm away, but I don't think I'll have much down time.
Bummer, again.
Posted by Comatoad at 6:35 PM