A belated return to Bleedin' Brown and Gold

Forgive me all, for I have been off the net and away from Bleedin' Brown and Gold for more than a month.

Between National Guard annual training and my most recent military school at Fort Indiantown Gap, Pennsylvania, Duff's been a rather busy boy.

And a rather sad one. I've been in rather a bit of a funk these past few weeks.

It's been very hard for me to fathom that Tony Gwynn, the epitome of all that is right and good with San Diego, San Diego baseball and baseball as a whole, has passed away at the age of 54.

Our heroes and idols aren't supposed to pass away at such a young age. They're supposed to inspire us and keep us believing in all that's good and right with sports and our world. Tony Gwynn was a person who transcended both.

When we lived in San Diego, it was the time of Randy Jones and Mike Ivie, Rollie Fingers and Ozzie Smith. Gwynn had just entered San Diego State University as a basketball player.

I regret the fact that I've never personally met the man. I had hoped my wife and I could catch a San Diego State baseball game the next time we visited San Diego and catch Coach Gwynn in action. I hoped we could hear his booming, infectious laugh and perhaps get an autograph.

The closest we came to Gwynn was during our 2007 visit, when we had our picture taken in front of his Petco statue during a Padres-Giants game we attended, as well as a picture of his three-story  jersey hung from the County Administration building in honor of his Hall of Fame induction that year. 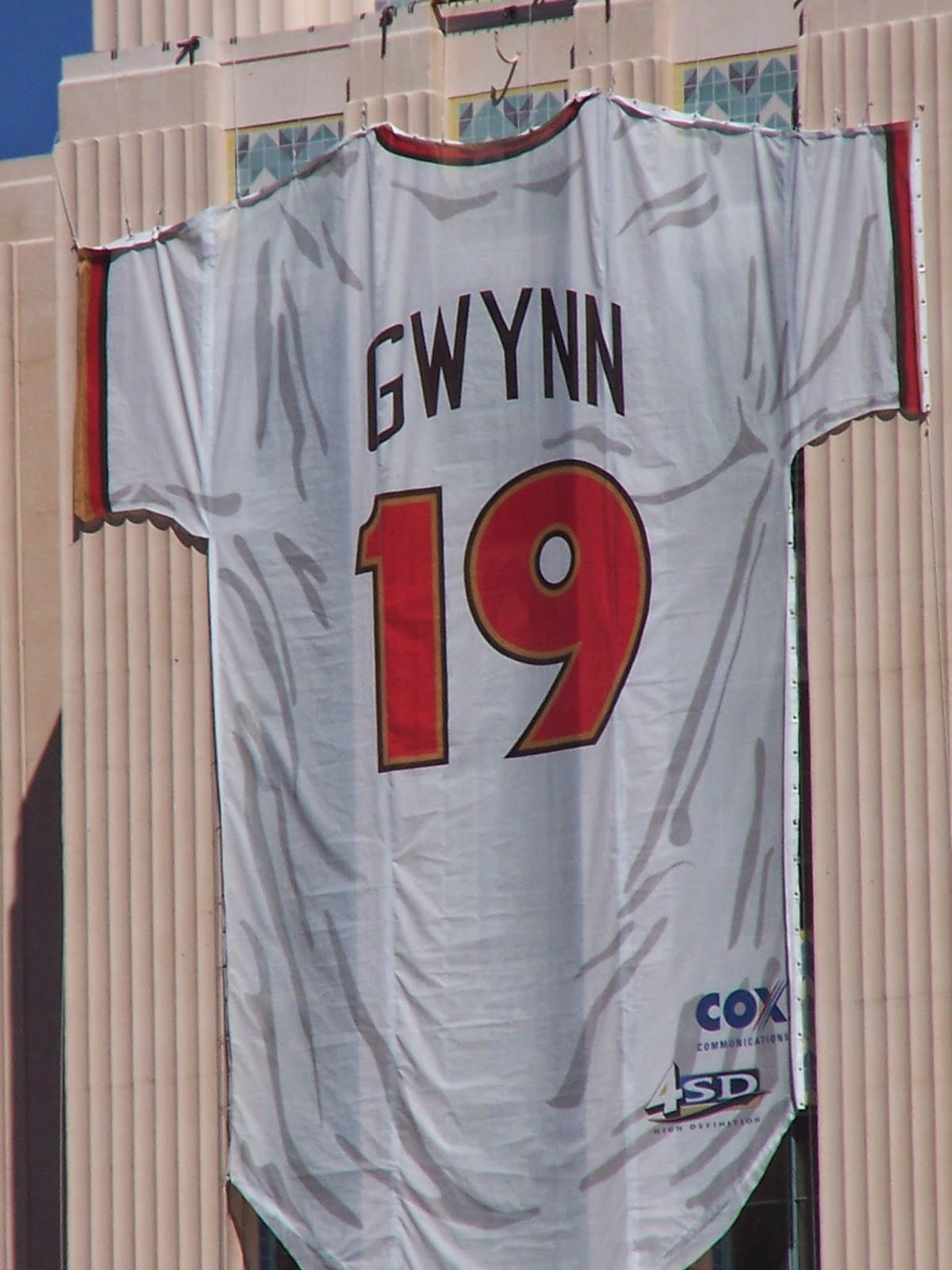 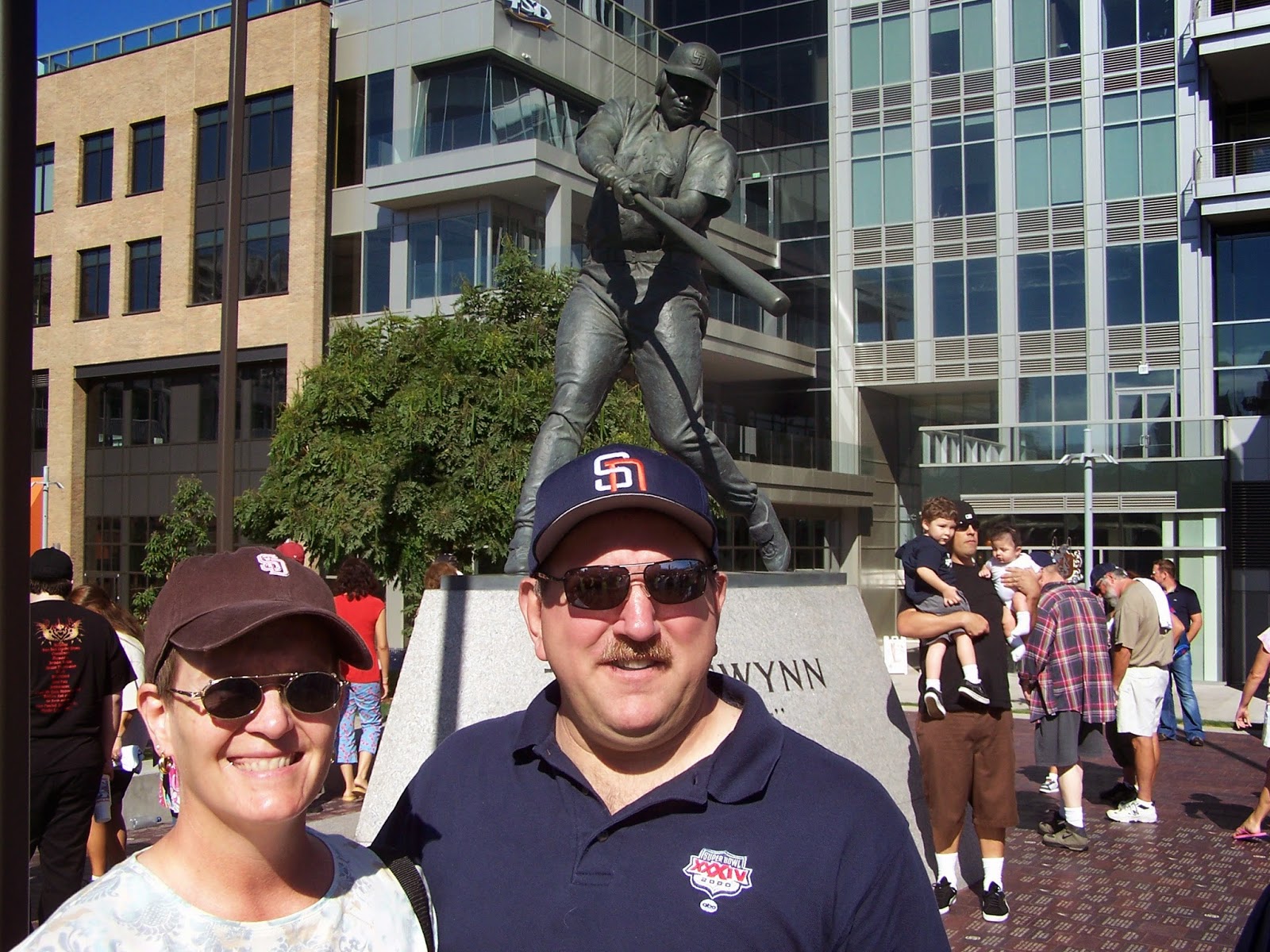 I think what bothers me the most, is the fact Gwynn died at such a young age, just a few years younger than me. Back in 2008, I came back from National Guard annual training in South Korea and a buddy of mine who was my age and on the trip with us, passed away at his home a week later.

His death hit me pretty hard, since he was in decent shape, we had just spent a great two weeks in a foreign country together, and he was the same age as me.

I have packages in hand from Marcus, Fuji, Nick, Johnny R., the Junior Junkie, and P-Town Tom. I thank you and I'll post something about them in the upcoming weeks. It's nothing personal, I just have to get rid of this funk that surrounds me right now.
Posted by Comatoad at 2:09 PM