As I'm still wading through June's huge influx of card packages, I'll take this opportunity to display a few highlights of my purchases from the June Urbandale American Legion Card Show. While this monthly show generally has a substantial amount of dealers, there were considerably less sellers present at this show than usual.
While it was disappointing  the dealer I usually stop at first, he with the huge stack of nickel boxes, wasn't at this month's show, I was able to find a few dime and quarter boxes to sate my fix for Padres cardboard. To say the least, it certainly proved to be a colorful visit.
Today's post is brought to you by the letter "T" and the colors purple, green, blue and red. 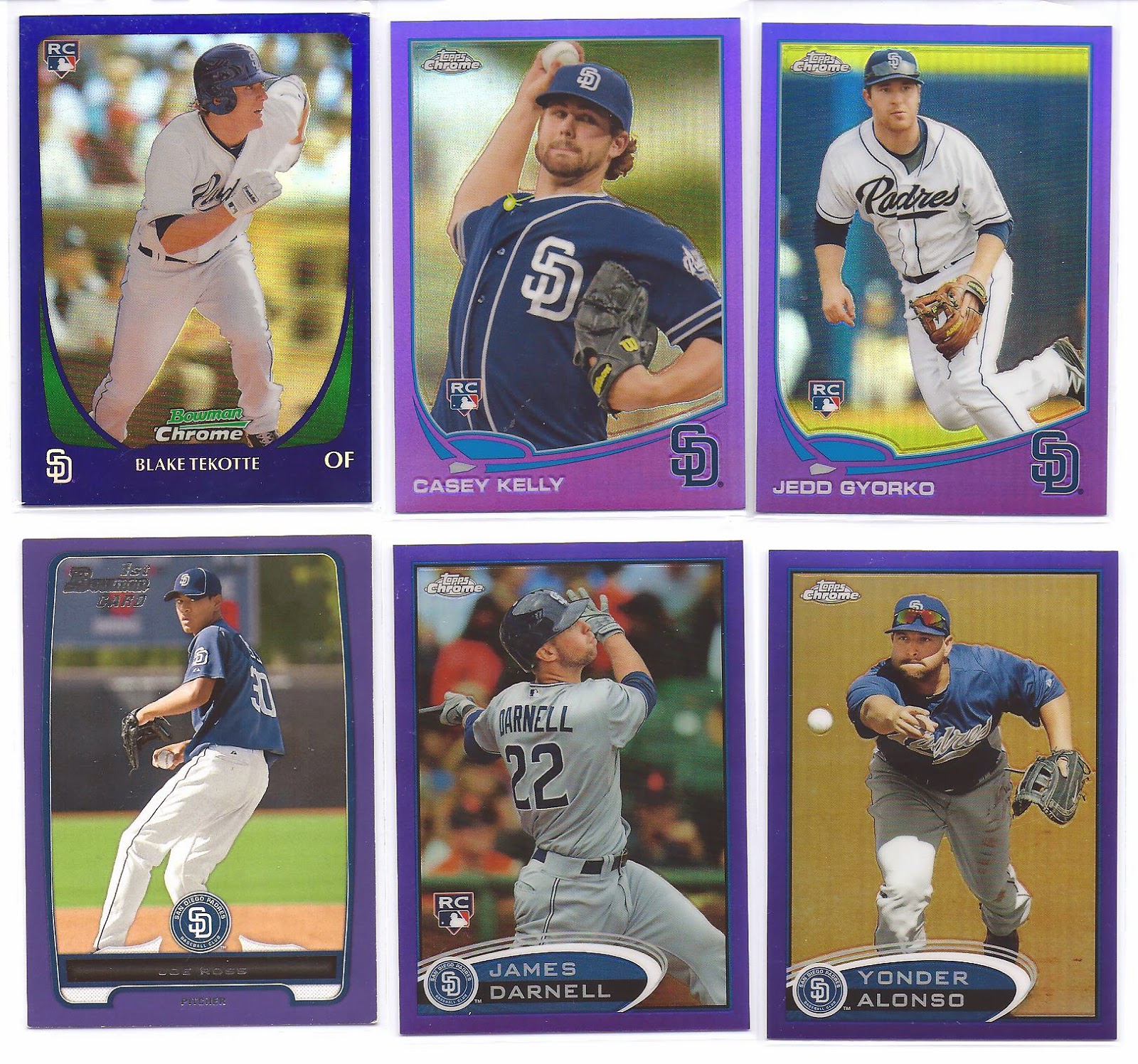 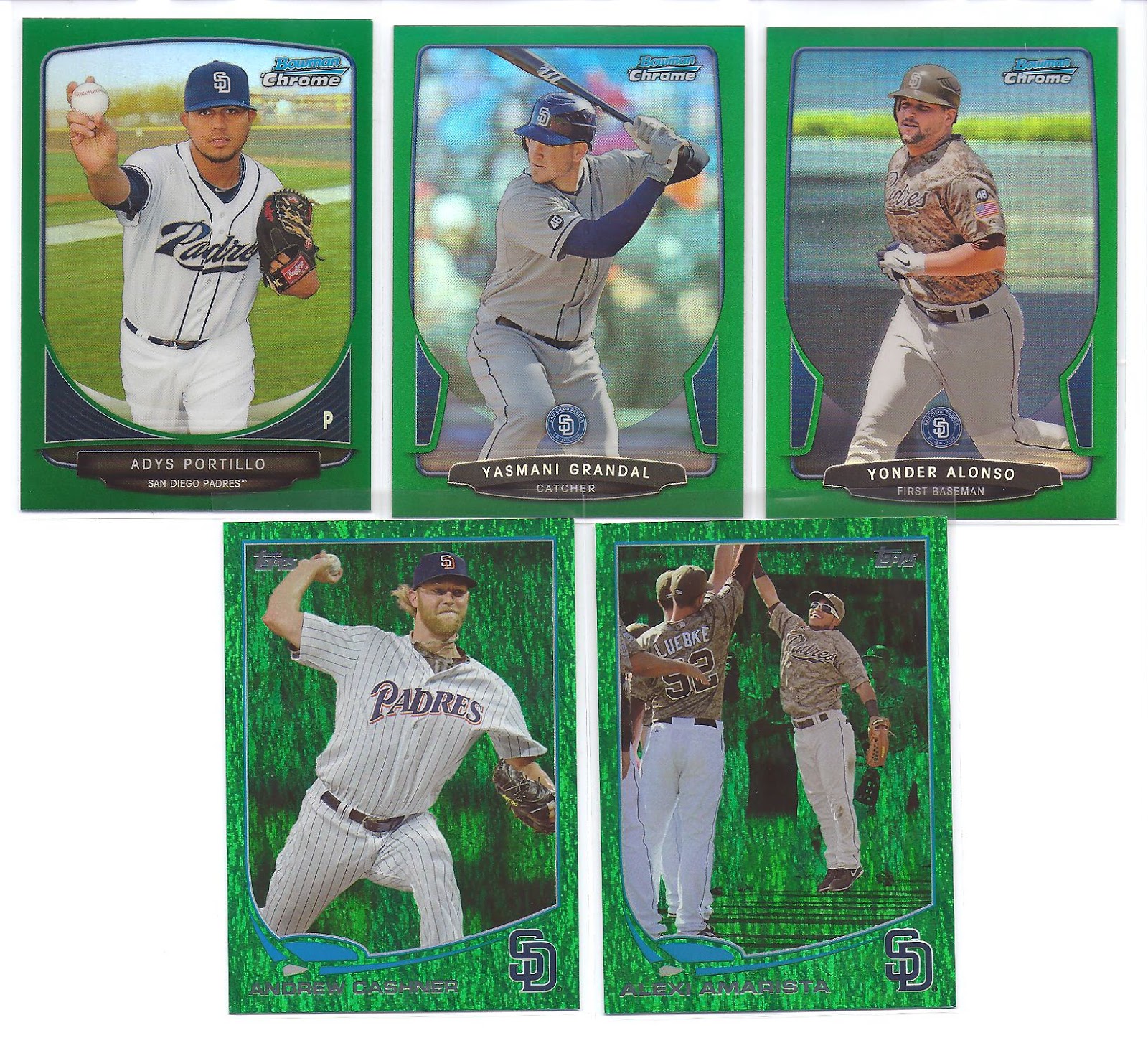 If green is your color, then you won't be disappointed with these 2013 Bowman Chrome Prospects Green Refractors Adys Portillo, Yasmani Grandal and Yonder Alonso, and 2013 Topps Emerald Andrew Cashner and Alexi Amarista 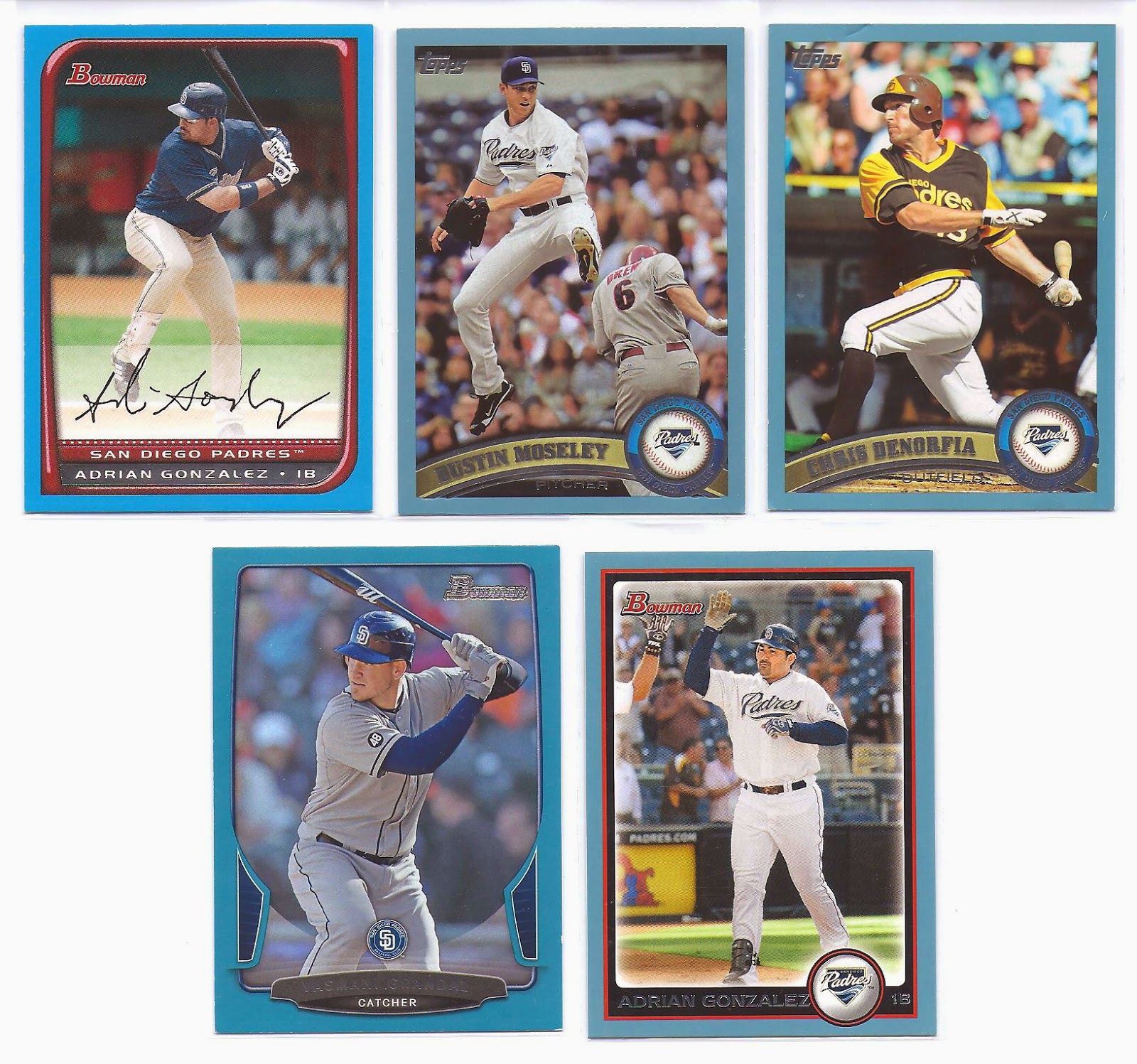 I think I'm pretty well cured of my previous funk which kept me away for a period of time, but these blue Bowman and Topps cards certainly lent themselves to my mood during this time. Here's a 2008 Bowman Blue Adrian Gonzalez S/N 288/500, 2011 Topps Update Wal Mart Blue Border Dustin Moseley and Chris Denorfia, 2013 Bowman Blue Yasmani Grandal S/N 277/500, and 2010 Bowman Blue Alex Gonzalez S/N 179/520