Like most team collectors, I've come to the realization that the best I can ever hope to achieve with my Padres card collection, despite my best efforts, is to attempt to gather the largest group of ex-Padres I can find.

I think it's the nature of the beast.

I guess it's kind of like being a head coach - you're literally hired so you can be fired.

Over the past couple of weeks, San Diego has made some trades, generating a trio of former Padres to add to my burgeoning ex-Friar collection.

For starters (or in this case, closer), Huston Street, along with fellow right-hander Trevor Gott were traded July 19 to Anaheim for 2B Taylor Lindsey, RHP R.J. Alvarez, SS Jose Rondon and RHP Elliot Morris.

Less than a week later, the Padres traded away another player, this one an eight-year San Diego veteran. You can say I was ever so happy to see Chase Headley go to New York. After all, the 30-year-old Headley was only batting .229 with seven home runs and 32 RBIs so far this season. A classic San Diego under-achiever, I feel he should have been traded a couple of years ago when his perceived value was much higher. 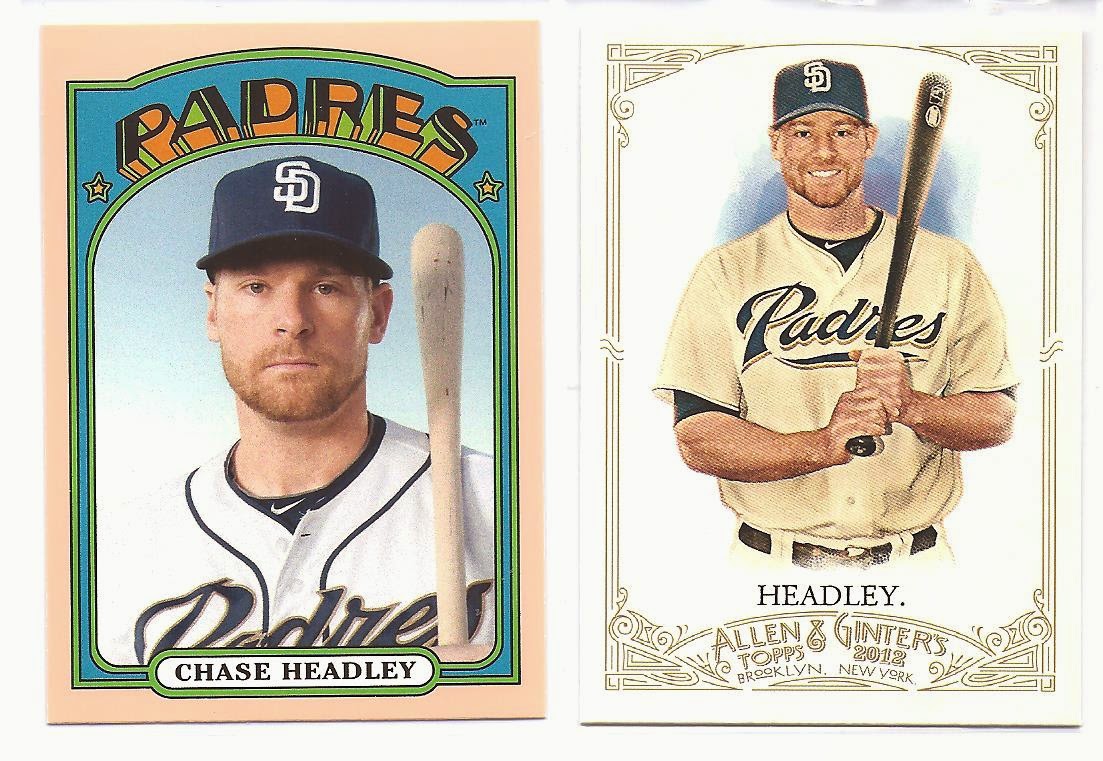 You wonder why Headley's smiling? Becoming a member of the New York Yankees may have something to do with it. Chase's 2013 Topps Archive Day Glow and 2012 Topps Allen & Ginter SP.

While the Yankees also received $1 million in cool cash, San Diego got 3B Yangervis Solarte and RHP Rafael De Paula. In his five games as a Padre, Solarte has gone seven for 21 (.333), with a RBI in each of his first five games.

A case of addition through subtraction? Perhaps, but however you look at it, there's another three Padres that have now become ex-Padres. By the same token, I now have another six players who are new members of the Padres family.

I'll now have to start collecting cards of them in San Diego Padres uniforms, enter them into my massive Padres card database, and then write up a new tab with their name, for one of my 5,000-count boxes, where he'll join the rest of my Padres, as they make their way up the Friars' talent pipeline.

Or, you can always consider it another way. I now have another six players that will eventually be bound for the ex-San Diego Padres part of my collection.

It's a vicious circle.
Posted by Comatoad at 7:45 PM