I recently had the opportunity to raid the COMC website once more, thanks to the COMC Challenge. I did have to add a little of my own money this time, however, to help cover shipping and handling.  I also have another bunch of cards I've purchased through the site, but I'm going to wait until there's another challenge to build up my COMC war chest again. 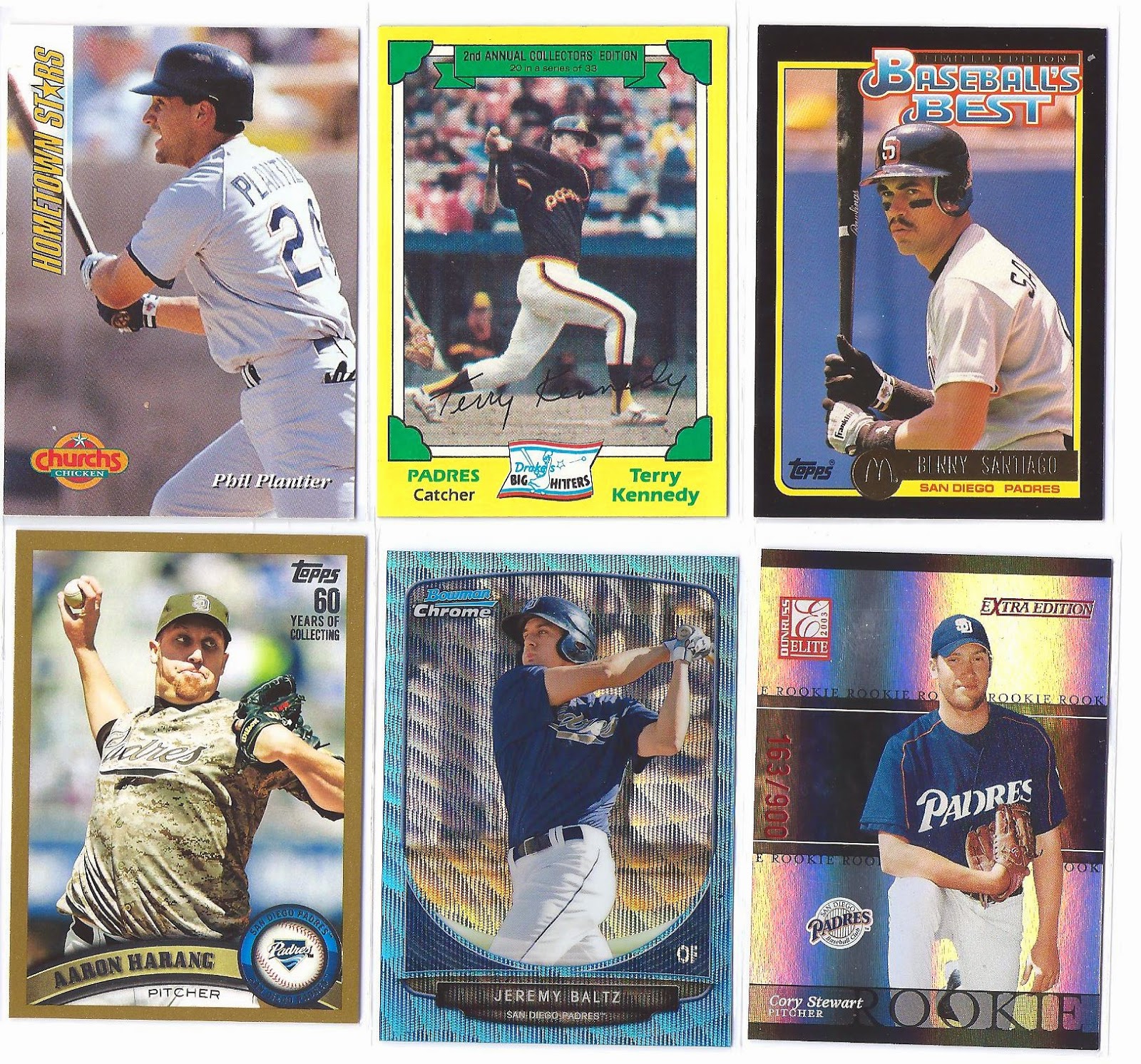 I'm not sure why working on cards makes me hungry at times. But then again, perhaps it has something to do with cards such as these food issues - a 1994 Church's Hometown Stars Phil Plantier, 1982 Drake's Terry Kennedy, 1992 Topps McDonald's Benito Santiago. Also pictured is a 2011 Topps Update Gold Aaron Harang S/N 865/2011, 2013 Bowman Chrome Prospects Blue Wave Refractors Jeremy Baltz, and a 2003 Donruss Elite Extra Edition Cory Stewart S/N 163/900. 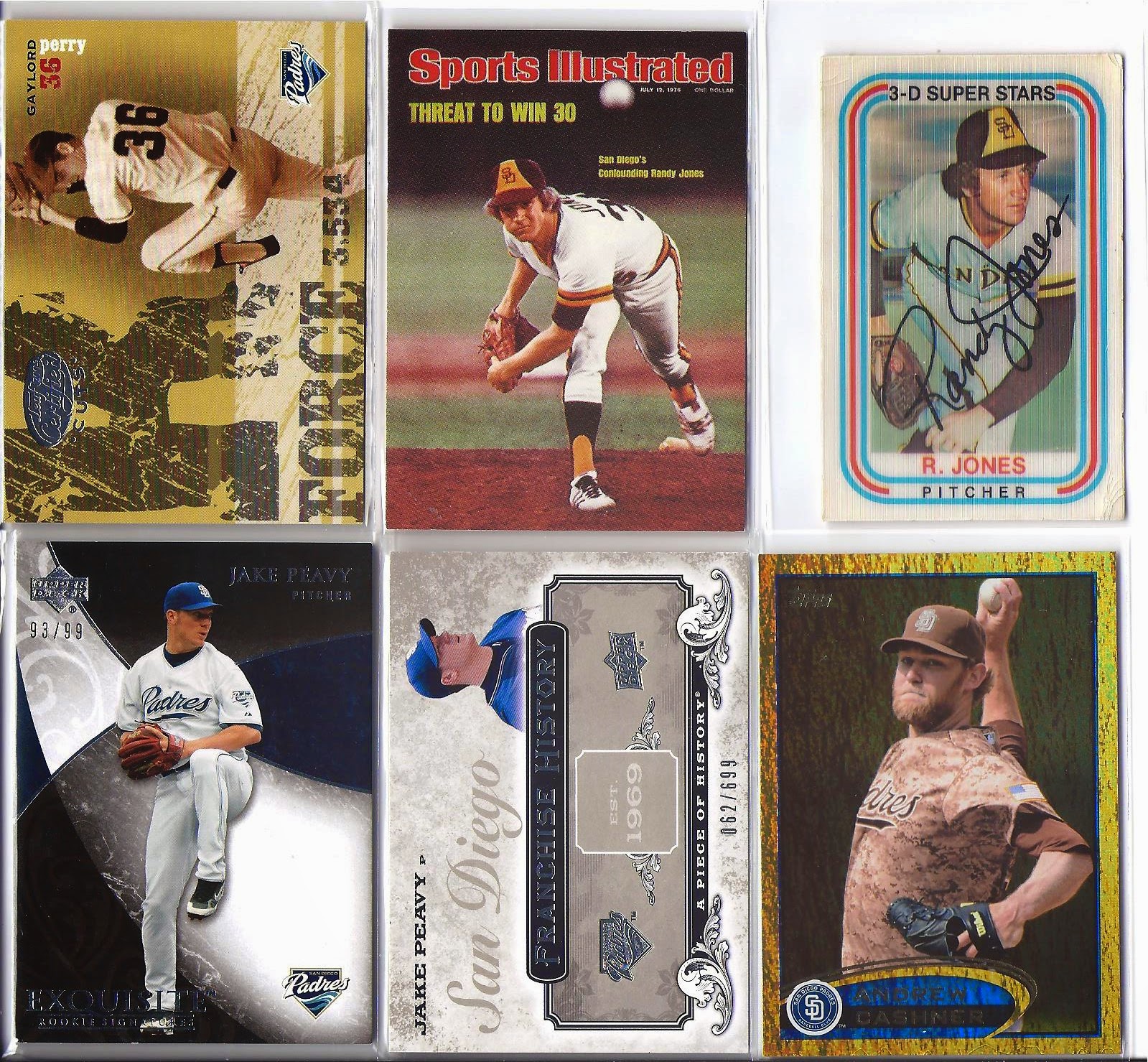 I believe I've state earlier how I enjoy the Gaylord Perry era, as well as watching Randy Jones pitch for my beloved Friars. With that in mind, it's a no-brainer I'd pick up these 2004 Leaf Certified Cuts K-Force Gaylord Perry S/N 390/500, 1999 Sports Illustrated Greats of the Game Cover Collection and 1976 Kellogg's Randy Jones, as well as a pair of Peavys - a 2007 Exquisite Collection Rookie Signatures S/N 93/99 and a 2008 Upper Deck Piece of History Franchise History S/N 62/699. 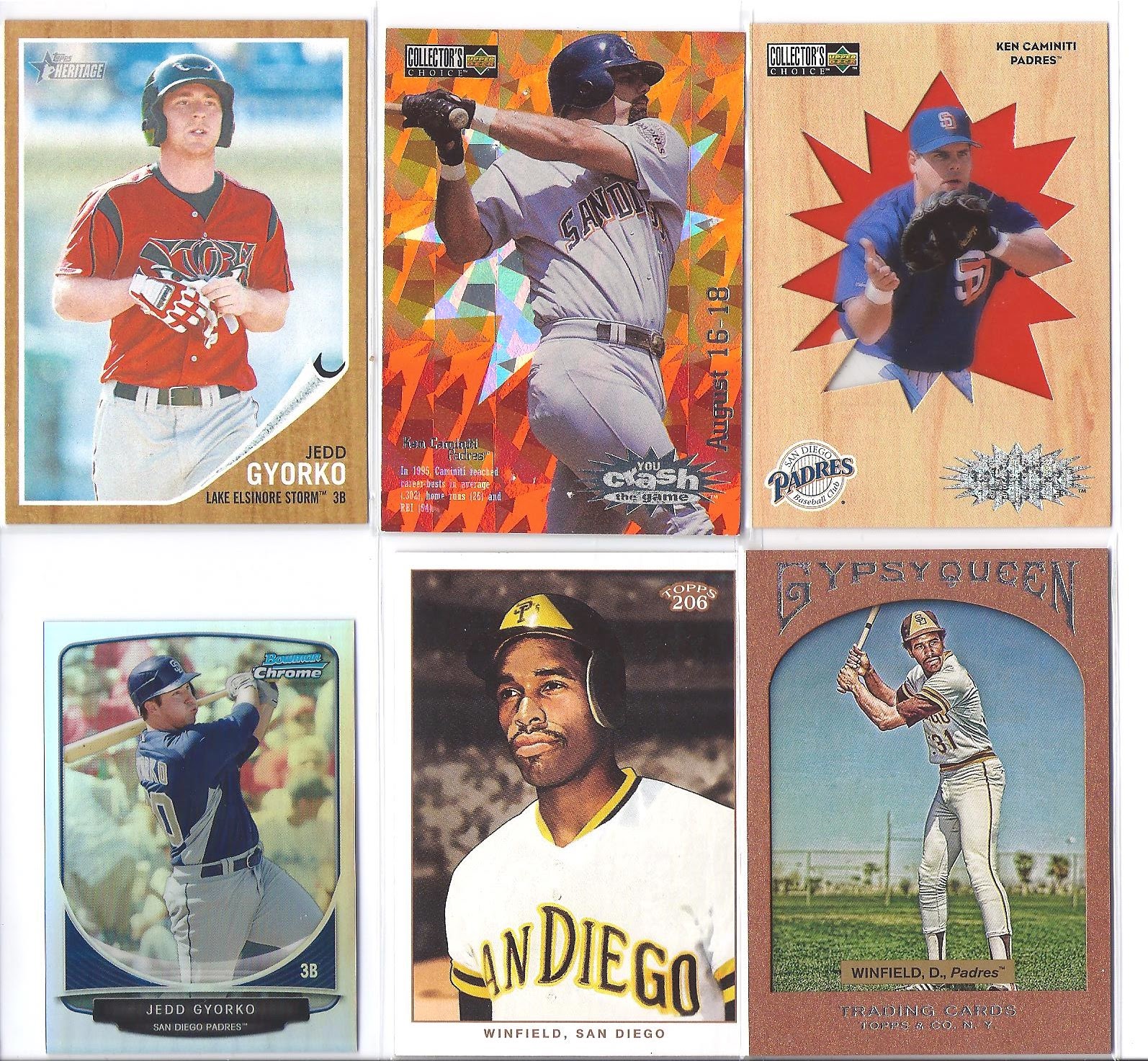 Next up is a 2011 Topps Heritage Minors Jedd Gyorko, a pair of 1996 Crash the Game Ken Caminitis - one Gold and the other an Exchange, a pair of Dave Winfields - a 2002 Topps 206 and 2011 Topps Gypsy Queen Framed Paper S/N 691/999, and a 2013 Bowman Chrome Cream of the Crop Mini Jedd Gyorko. I can never have enough Caminiti or Winfield cards in my collection, so these definitely helped. And of course, being older Padres players, it was definitely a bonus to pick up those cards. 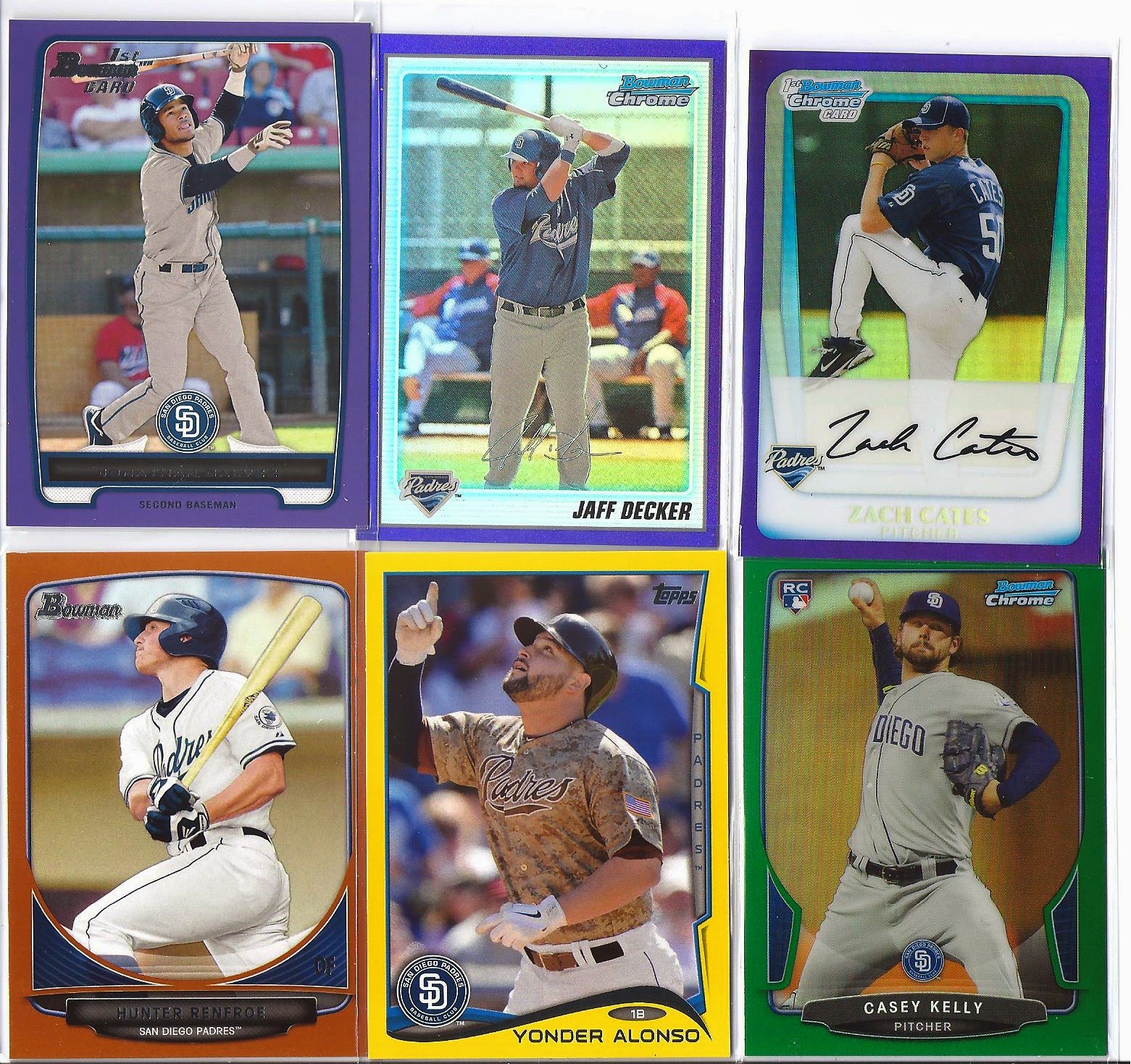 I'm just waiting for COMC to open up its challenges again so I can build up my COMC bucks and get my hands on a few more Padres cards. After all, how can you beat free money?
Posted by Comatoad at 4:02 PM