RHP Luke Gregerson, 29, has just been traded to the Oakland Athletics for OF Seth Smith, 31.

Is this our left-handed power bat?

If he is, I think the Pads could have done much better. 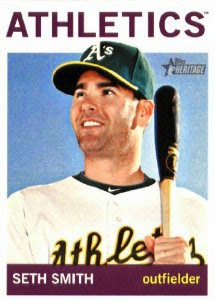 In 2004, he was Colorado's second round draft pick out of the University of Mississippi. He can DH (how often do the Padres play AL teams?) and play left and right fields, based on what he did last season for Oakland, where he hit .253 with eight homers and 40 RBIs in 117 games.

He earned $3.7 million last year and is arbitration-eligible in 2014. His biggest claim to fame? Besides being a freshman All-American in baseball, he was the back-up to Eli Manning on U Miss' football team. 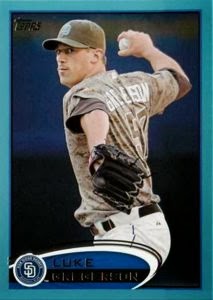 Meanwhile Gregerson, the Padres major set-up man, posted a 2.71 ERA last year. A Padre reliever over his entire five-year career, he's 17-22, with 16 saves and a 2.88 ERA during that time. Gregerson will also become a free agent in a year.

In reality, I think this was just a shot across the bow - I don't think the Padres are done trading yet. After all they still have a plethora of pitchers that can be moved. Besides, one of the other needs the team has talked about, is lefty pitching.

Like I've said before, this is going to be an interesting off-season.

By the way now's a great time to go to http://www.fanofreds.blogspot.com and vote for comatoad in the finals of the Nacho Grande Blogging Contest. Just look for it on the right hand side, under "Final Round: Best Post?"
Posted by Comatoad at 5:40 PM