In support of the supporter

There's an old joke about the first athletic cup being created in 1874, while the first helmet wasn't used until 1974. The punchline is it took 100 years for men to realize their brains were also worth protecting.

What is it about a trauma to the groin, that generates snickers, outright guffaws and/or instantaneous cringing.  If that's not true, why is it one of the most popular features on "America's Funniest Home Videos."

Need some facts? It's reported that ball trauma accounts for less than one percent of all traumas in the U.S. each year. It's also been documented how Cincinnati Reds catcher Johnny Bench broke seven cups during his 16-year career. 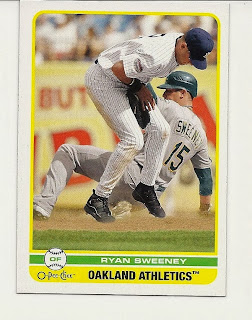 In this particular case, however, the New York Yankees' Derek Jeter, like Johnny Bench and many other athletes, can thank Charles Bennet and Joe Cartledge for the well-being of their "boys." Even a one-hopper can carry enough force to create more than a little trauma to that generally delicate area.

It was Charles Bennet of Sharp & Smith, a Chicago-based sporting goods company, who created the "bike jockey strap" in 1874 to provide comfort and support for bicyclists' "stones" as they rode Boston's cobblestone streets on their high-wheeled bicycles.

In 1920, Joe Cartledge of the Guelph Elastic Hosiery Company began to commercially sell protective cups under the name "Protex." The extra protection became attractive to early hockey players who didn't so much mind losing their teeth, but rwanted to hang on to their balls.

In November 2005, the Bike Athletic Company, of Knoxville, Tenn., as the former Sharp & Smith is now known, produced its 350 million supporter. The assembly line was halted and this historical piece of male attire was removed, framed and flown to Bike's headquarters.

I thought I was such a stud when I played junior high school football and got my first protective cup. The night before my first practice, I had everything laid out on the bed when my younger brother, six years my junior, picked up the cup, put it over his mouth and asked, "What's this for?"  It wasn't a trauma to the groin, but it was funny all the same.

Perhaps there is a certain amount of humor when it comes to a trauma of the groin.

I remember one instance when I was umpiring in Denver's Arapahoe Youth League. I was umping the basepaths and my buddy Mark was behind the plate. Being a former catcher, I thought I saw the backstop call for a pitch-out. For whatever reason, the pitcher didn't get the signal, wound up and sent a fastball whizzing straight down the pipe.

The catcher stepped out to his right for the pitchout and Mark continued to track the ball, like a good umpire. It wasn't until the last moment, however, that he realized there was a breakdown in communication somewhere. Perhaps it was the loud crack resulting from the ball hitting him square in "the boys."

As he lay on the ground clutching himself, I casually sauntered up with my hands in my pocket and asked if he was ok. I swear, his first comment was, "Quick, get me home to my wife before the swelling goes down." There is no way I would of had the presence of mind to come up with a comment like that.

The entire time I was writing this blog, I had the Heywood Banks tune, "Trauma to the Groin," song on my mind. As a public service, I'm enclosing a link to the song, courtesy of the Bob and Tom radio show.

Trauma to the groin, by Heywood Banks
Posted by Comatoad at 6:50 PM