I can't believe we traded Stites!

Despite all the whining about the Padres front office standing pat during the off-season, this year’s trading deadline saw the Friars get starting pitching, at the cost of RP Joe Thatcher, Minor League RP Matt Stites and a 2014 Competitive Balance Round B Draft pick to Arizona.

In return, they got SP Ian Kennedy from Arizona in one of the few trades that actually went down during Wednesday's trading deadline.

It'll be interesting to see what Kennedy can actually do for San Diego. While he finished fourth to Clayton Kershaw in the 2011 Cy Young vote, he hasn’t been the same pitcher since, going 18-20, with a 4.47 ERA. Of course, he could possibly turn it all around, thanks to “a change of scenery” and the fact that Petco’s still considered a pitcher’s park.

There's no doubt San Diego needs starting pitching. Andrew Cashner (maybe), Jason Marquis (before his injury), who do we have that you'd consider a Number 1 or 2 pitcher? 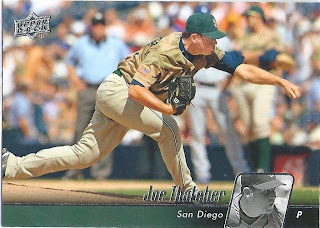 I won't miss Thatcher, 3-1 2.10 ERA in 50 games this season. He became a Padre following a 2007 trade with the Brewers in a trade that also brought Will Inman and Steve Garrison to San Diego, in return for relief pitcher Scott Linebrink.  But Stite, a 17th round pick from the University of Missouri in in 2011, was a very promising, up-and-coming player. 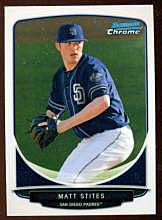 Despite all the good, young arms in the Padres system, just how promising was this 22-year old reliever? In his three seasons within the Padres minor league system, he was 8-2, with a 1.53 ERA in 114 games. He also notched 32 saves, with 150 K’s and 19 BB’s, in 135.1 innings pitched.
With Stites, Arizona is getting temporarily damaged goods.  It’s more than likely his 2013 season is over, after recently undergoing an appendectomy. He sported a flashy 2-2 record with Double-A San Antonio, as well as a 2.08 ERA and 14 saves.
However, for many San Diego fans, a trade is much better than just standing pat. Despite the fact they didn’t even get a whiff of that “big bat,” everyone's been demanding, it remains to be seen how this trade actually pans out for the Padres.
Posted by Comatoad at 5:36 PM