While I await the glorious start of baseball season (Padres pitchers and catchers report Feb. 13), we still have the winter sports (as well as the Olympics) to occupy us.

There's a dozen games left with our Iowa Wild before the AHL playoffs begin. Currently they're five games behind Rockford for the final playoff spot in the Midwest Division. Sometimes it's a close race between which sport I like best -- baseball or hockey.

And then there's basketball. My wife won a pair of tickets from a local radio station to attend an Iowa Energy basketball game at Des Moines' Wells Fargo Arena, The Energy, which plays in the NBA's Developmental League, are affiliated with the Chicago Bulls, Denver Nuggets, Minnesota Timberwolves, New Orleans Pelicans and the Washington Wizards. The team actually won the NBA Developmental League Championship in 2011.

As I've stated before, I'm not a huge basketball fan, especially when it comes to the pro game. The tickets were free, however, so I figured "what the heck," lets see how the other half lives.

If they tried to work the ball inside, the defender would literally lay on top of the offensive player's back with his forearms. The home team missed three lay-ups and a pair of dunks, even with the refs letting them take four steps without a dribble. Rather than work the ball inside, it was mostly three-pointers, with hardly any of them going in.

Needless to say, we left before the start of the fourth period.

Like most organizations, the Energy had drawings for giveaways. Even though it's basketball, I can't pass up a possible freebie. I joked with my wife that I'd probably win season tickets or something.

Actually, I won a pair of Iowa Energy player shorts. 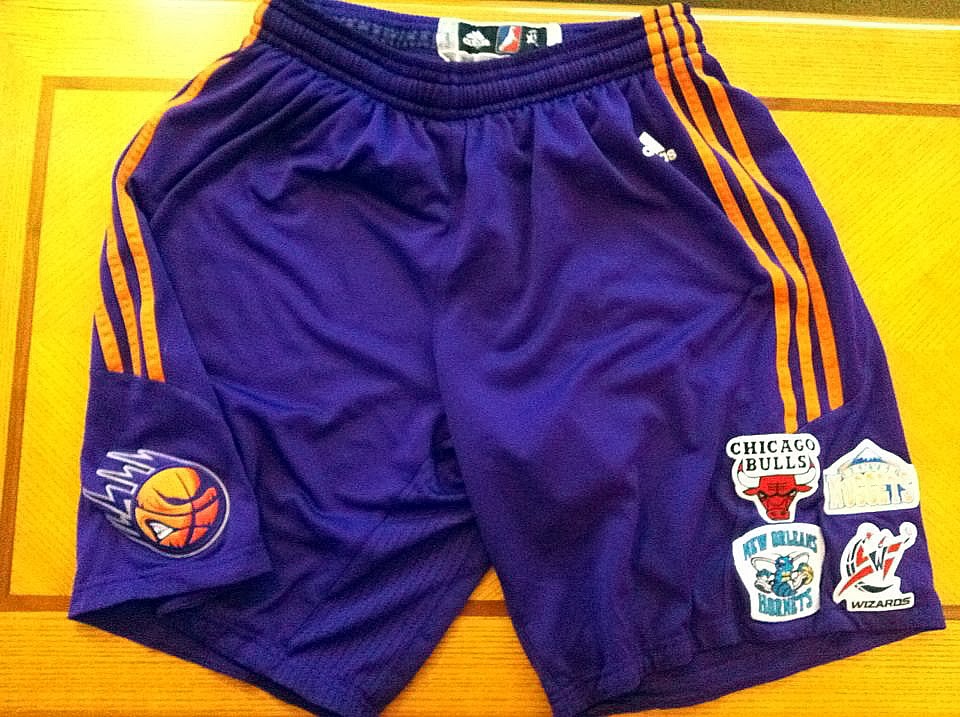 They're just like the Energy away shorts, except for the team logos on the right leg, and the "NBA D-League" stitching on the back. They even have the drawstrings and the rubber waistband to keep their jerseys from pulling out. Oh, yeah, it even has the 2+ inseam, so they go below your knees. To me, those aren't shorts, just short pants. I'll NEVER wear them.

So, what do I do with them? I'm thinking about putting them up on E-Bay, but they're not cheap shorts, they're a NBA-quality uniform piece. If anyone is interested in these, please let me know. I also thought about having a buddy get them autographed, if it'd help me to get rid of them.

Thank goodness, baseball season is almost upon us!
Posted by Comatoad at 1:08 PM